Could Repurposed Humanure Be a Solid Bet for Martian Farms?

Space travel is a pretty awesome human feat, isn’t it? While we’ve come a long way from the first steps on the moon, there are a number of challenges for sending humans across vast swaths of vacuum that still exist today -- not the least of which is what we’re hoping to solve with the Space Poop Challenge. Yes, that’s right, HeroX is offering $30,000 for a NASA-worthy system for spacesuits that routes human waste away from the body, hands-free. Think you can help? Great! Be sure to check out the guidelines and join the Space Poop community.   Read on to learn some interesting info about the potential for reusing human waste in space.

The topic of human waste in outer space really isn’t as esoteric and unmentionable as it may seem at first.

Consider the recent blockbuster The Martian. In this film, based on the book by the same title, character Mark Watney – astronaut extraordinaire – becomes stranded on Mars. Watney, played by Matt Damon, has to survive for over a year all alone, about 140 million miles (225 million km) away from Earth.

Watney has to pull a lot of MacGuyver-style moves to survive, one of which has become a bit of a hot topic: growing potatoes in the Martian soil, using his own waste (and that of his friends) as fertilizer. And he needs to eat those potatoes for 550 of our Earth days. Space is fun, right?

A lot of people are naturally curious. Can you actually grow potatoes on Mars? Is human waste a good fertilizer? Could a person survive on potatoes for that long, somehow bearing the mental anguish of eating potatoes day in and day out?

There are a few caveats, but it turns out the potato poop science in The Martian is actually quite accurate. So take notes, just in case you find yourself alone and hungry on the Red Planet.

Do You Want Fries With That?

Watney isn't just an astronaut – he's also a botanist. “The greatest botanist on this planet,” as he proclaims.

When he finds himself alive but alone, he realizes that he'll need to survive for a long time. He has a lot of pressing problems, like living in a habitat designed for only 31 days of use, but if he manages to solve his immediate concerns he'll eventually run out of food. He calculates that he has around 300 days worth of food, as long as he doesn't chow down.

But he does have one thing going for him – potatoes. So our first question is, can a person actually live on potatoes for that long? Even on Earth?

The answer to that is: probably not. Potatoes contain a very wide range of nutrients, and are known as a famine-food for that reason, but eventually you'd run into some problems, like a lack of Vitamins A and E.

Mark Watney, however, has a stash of NASA-grade vitamins and supplements to boost his diet. So it's plausible that these, combined with the potatoes, could keep him going for quite a while. 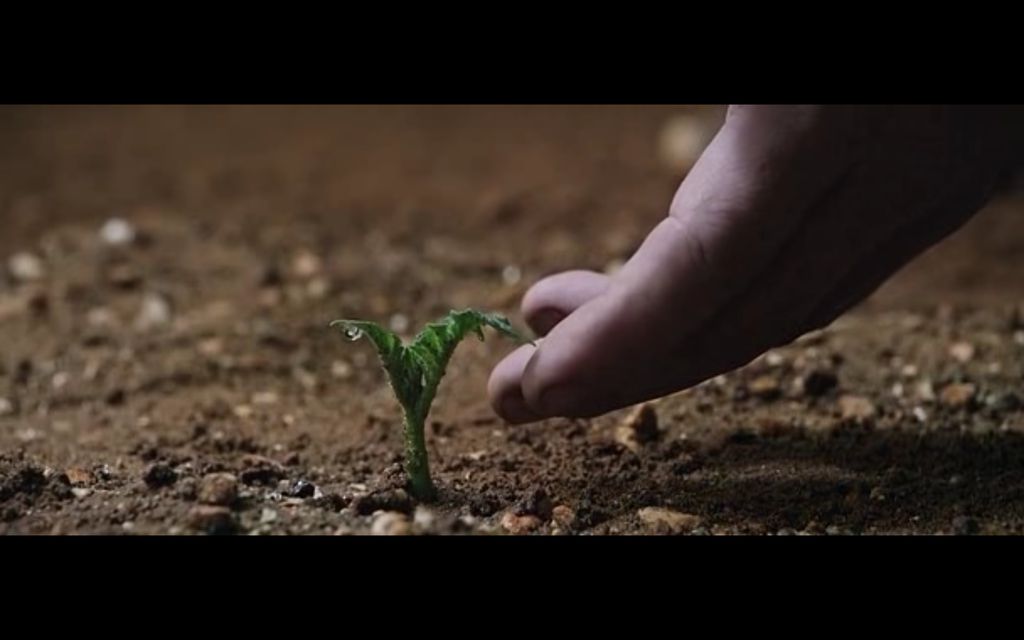 One part that seems a bit fishy, however, is the amount he eats. When things start to get tight, Watney is down to eating around 1 potato per day. That doesn't really seem enough to keep him going, despite the fact that Mars only has about 37.5% of Earth's gravity, so he'd expend less energy to move stuff around.

There was a guy who ate potatoes every day for 2 months, but he had to eat 20 per day to sate himself.

Can You Even Grow Anything On Mars? In Your Own Poop, No Less?

So it might be possible to live off potatoes and supplements, but could we actually go to Mars and grow potatoes in human feces?

The thought raises a few concerns. We don't usually grow things in human waste, do we? And what are the chances that the soil on Mars works fine for Earth plants, as long as you poop on it? If that were the case, everyone would be doing it, right?

You might be surprised at the answers to these questions.

Human feces are actually used as fertilizer in the U.S., among many other countries. Today it's known euphemistically as “biosolids,” but the older, traditional name is night soil. About 50% of the biosolids produced in the U.S. are returned to farmland, in fact, to aid in the growth of crops.

Of course, human waste needs to be treated first, a process that takes quite a while. People have pointed to this as a possible plot hole in the movie, but there's something special about this particular scenario.

In The Martian, much like on the International Space Station, the crew's feces are stored away, treated to kill anything in it, and further sterilized by exposing it to the vacuum of space. So it's basically sterile, and could theoretically be used as a rich source of nutrients in soil without worrying about exposure to pathogens.

But on Mars? It turns out that it will be possible to farm Mars, as a team of scientists at Wageningen University in the Netherlands recently proved. Using soil designed to simulate the composition of Mars, as developed by NASA, the team successfully grew radishes, peas, rye, and tomatoes. The plants did not contain dangerous levels of heavy metals, one of the chief concerns.

Those are some of the biggest issues facing anyone trying to grow potatoes in their own feces, on Mars. It wouldn't be easy, but it does seem like it might be possible. As long as a plot-driven accident doesn't destroy your garden and force you to struggle even further against even worse odds, of course (much to the suspense of your audience).

Do you think a lot about space-related poop science? Or poop-related space science? Either way, you should check out the $30,000 Space Poop Challenge. This competition is to help astronauts, by creating a system for spacesuits that routes human waste away from the body, hands-free. Do you have what it takes? Check out the challenge today!

New Partnership Boosts Crowd-Powered Fact Checking Challenge
join 73560 innovators
Get exclusive access to the latest crowdsourcing insights, inspiration and challenges from HeroX
Non-Profit & Social Impact
lululemon announces the Healthier Community Challenge on HeroX
What if you could experience an environment that improved your well-being just by spending time in it? What would this look like to you? lululemon is…
1 min read
HeroX Tips: Formulating Your Prize
Determining the award for your crowdsourcing project can be a bit overwhelming! Thankfully, HeroX is here to help! First, start by estimating how muc…
1 min read
HeroX Tips: Your Crowdsourcing Timeline
Why is the challenge timeline important in crowdsourcing, when is it best to launch a challenge, what are the milestones that determine how long the project should run. All that and more tips and tricks that will help you launch a great crowdsourcing project or challenge, read inside.
1 min read
newsletter
Get exclusive access to the latest crowdsourcing insights, inspiration and challenges from HeroX
Do you have an idea for an article or story?
Contact Us
We were able to work with HeroX to draft challenge guidelines, promote the challenge to a targeted audience of interested parties, and ultimately draw a crowd of innovators from across the globe to submit proposals to address our challenge. We were quite satisfied with the number and diversity of both individuals and proposals that the challenge drew.