With all the advances being made in the fields of pharmaceuticals and biomedicine in recent years, it is understandable that many people believe it is only a matter of time before the term "incurable disease" becomes a thing of the past. In particular, researchers, doctors and patients all over the world are working hard and holding out hope for a cure for cancer in the coming decades.

As the undeclared "plague of the 20th century", cancer is rivaled by HIV/AIDS when it comes to the annual number of deaths caused by disease worldwide. In 2012 alone, 14 million new cancer cases were reported worldwide and 8.2 million deaths were attributed to it - accounting for 14.6% of all human deaths that occured that year.

In addition, the WHO’s 2014 World Cancer Report estimates that the number of new cases per year is expected to rise by 70%, reaching as high as 22 million within the next 20 years. When it comes to treatment, matters are complicated by a number of economic and social factors. For starters, the WHO estimates that the developing world accounts for 60% of new cases and 70% of cancer deaths annually.

Death rate adjusted for age for malignant cancer per 100,000 inhabitants in 2004. Credit: Wikipedia/CC

And now for the good news. Ongoing research and the development of cost-cutting treatments and diagnostic methods are leading to a revolution in medicine that could see those numbers reduced significantly. Faced with diminishing budgets and increased demand, researchers have been looking to recent technological breakthroughs to develop new and cost-effective ways to diagnose and treat this disease.

For instance, there has been significant work done in the field of biomedicine that has led to the creation of nanoparticles that could be used to diagnose and deliver targeted-treatment for patients. In 2014 alone, two major breakthroughs were announced, the first from researchers at the University of California Davis (UC Davis) Cancer Center and the second from the Massachussets Institute of Technology.

In the former case, the breakthrough involved developing a nanoparticle made of a porphyrin/cholic acid polymer and coated with an amino acid known as cysteine. This combination of materials made their nanoparticle design both effective at diagnostic imaging and delivering drugs directly to cancer cells. In the latter case, MIT researchers created a building-block design that could allow nanoparticles to carry and deliver multiple drugs, instead of just one.

In February of last year, researchers at Georgia Tech announced that they may developed a novel solution for dealing with Glioblastoma multiform cancer (GBM, aka. brain cancer). This particular form of cancer is especially insidious because it has the ability to spread throughout the brain by sliding along blood vessels and nerve passageways, making surgery extremely difficult - if not impossible.

The new technique developed by Georgia Tech involves creating artificial pathways out of a fiber that cancer cells are naturally attracted to, which could be used to route cancer cells to a part of the brain that is more operable, or even to a waiting supply of chemo drugs outside the body. In addition, some truly amazing strides have been made in recent years that are leading to cancer screening techniques that are cheaper, more effective, and readily available.

These include a paper test developed by teenage inventor Jack Andraka, a test which was not only 100 percent accurate in detecting the early onset of pancreatic cancer, but is also 400 times more sensitive, 168 times faster, and 26,000 times less expensive than today’s methods. For his invention, Andraka won the top award at Intel's 2012 International Science and Engineering Fair.

A similar test was invented by MIT researchers two years later, using a paper stick that patients can use to test their urine for the presence of cancer cells. And in 2013, a team of UK-based scientists from Israel and China conducted a series of successful trial runs on a new nanomaterial-based breathalyzer test that proved very effective at detecting stomach cancer. These developments are not only improving chances for early detection, but offering patients the option of less-expensive and less invasive medical tests. 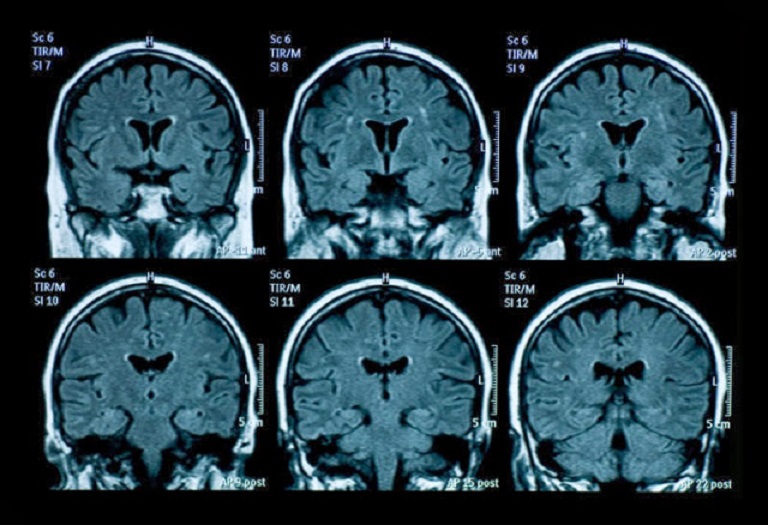 Similarly, researchers have spent the past few years looking for ways to minimize the radiation exposure involved in PET and CT scans without sacrificing image quality. Early last year, researchers from the Children's Hospital of Michigan also announced that they had found a way to combine MRI scans and a diagnostic dye to provide the accuracy of PET/CT scans, but without any of the dangerous radiation.

On top of all that, the development of artificial intelligence is also playing a role in cancer research, offering the possibility of cheaper drugs that have fewer side-effects. As it stands, the process for developing cancer-treating drugs is costly and time-consuming. It begins with researchers selecting chemical compounds identified in labs, followed by a 24 to 48 months period of testing and trials that can cost upwards of $100 million dollars.

However, using a data-driven method that compares tissue, urine, and blood samples from cancer patients and healthy patients, tens of trillions of data points can be generated and analyzed by an super-computer and solutions found. This was the process used by drug startup Berg to develop BPM 31510 - a drug that targets the mitochondria of cancer cells and triggers cell death. 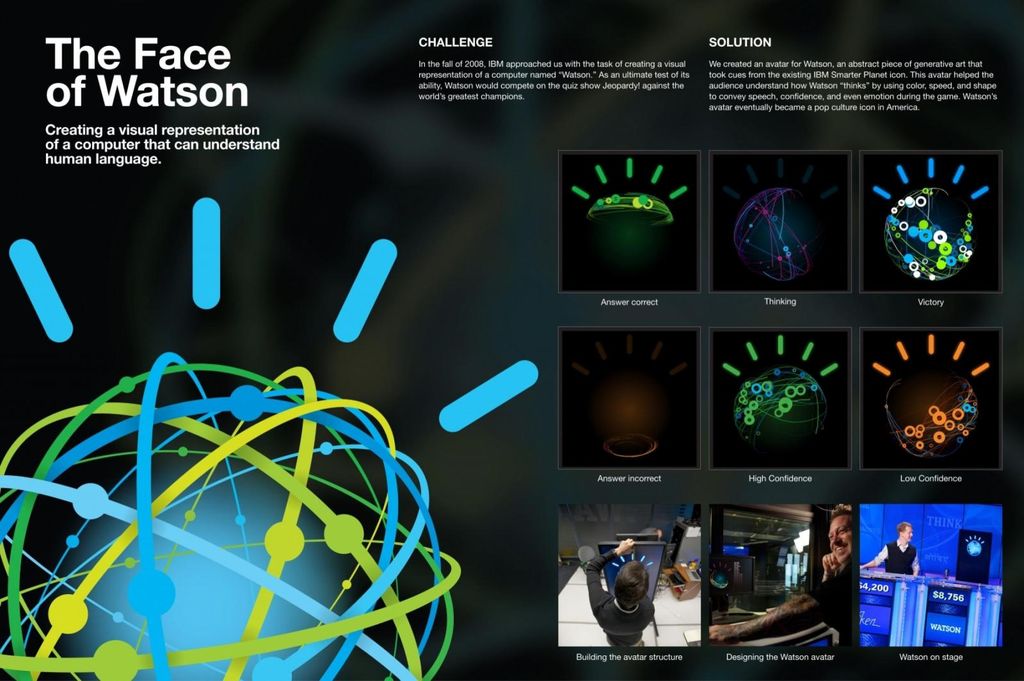 For the past few years, IBM's Watson supercomputer has been made available to oncologists. Credit: IBM

Shortly before that, IBM announced that Watson - the company's popular artificial intelligence that was featured on Jeopardy - would be collaborating with the New York Genome Center to develop personalized cancer treatments. Given that every tumor is different, and with genome sequencing becoming faster and cheaper, oncologists are beginning to dream of a day when they might be able to create cancer treatments tailored to specific DNA mutations.

Given that such a task would be incredibly time-consuming and expensive using today's tools, Watson's role will be to scan through the voluminous amounts of genetic data provided by 20 brain cancer patients who enrolled in a clinical trial, looking to match the mutations with cancer drugs that are available today. IBM also announced in early 2013 that it would be making Watson available to oncologists at any hospital that desired its services.

Naturally, a great deal more work needs to be done before cancer can be declared history. Greater awareness and a continued commitment on behalf of the public is needed to ensure that innovation is funded and new treatments make beyond the design stage. But at the same time, better returns and more involvement are needed when it comes to clinical research - something which HeroX's own Clinical Trial Innovation Prize is focused on.

But the wheels are in motion, and the results are beginning to show. Given the current rate of progress, future generations may very well look back on the early 21st century as the time when cancer joined the ranks of diseases like polio, tetanus, typhoid, and smallpox - illnesses for which we finally found a cure.

New Partnership Boosts Crowd-Powered Fact Checking Challenge
join 85768 innovators
Get exclusive access to the latest crowdsourcing insights, inspiration and challenges from HeroX
Energy, Environment & Resources
Making a Splash: A Snapshot of the US Catfish Industry
The catfish industry has had its ups and downs but remains one of the most important aquaculture industries in the US. Recent technological advancements have increased productivity, but catfish farmers still face significant challenges.
3 min read
3 problems we need to solve before we can live on the moon
Have you ever thought about jetting off to live on the Moon? Turns out, scientists have been exploring what it would take to live on another world …
4 min read
Energy, Environment & Resources
Casting a wide net: why the USDA is turning to crowdsourcing
For decades, scientists have been trying to figure out how to eliminate unpleasant flavors from catfish contaminated by blue-green algae — a problem which causes expensive harvesting delays. Now, the USDA-ARS is asking the public to share their ideas via crowdsourcing.
2 min read
newsletter
Get exclusive access to the latest crowdsourcing insights, inspiration and challenges from HeroX
Do you have an idea for an article or story?
Contact Us
HeroX was a fantastic partner, providing not only a user-friendly online platform but also outstanding expertise and guidance in designing and executing our inaugural Echovation Challenge.

- Robin Wiegerink, CEO of the American Society of Echocardiography.
about herox
community
support
HeroX © 2020
Thank You!
Your feedback is always welcome!