The Internet of Things

Imagine, if you will, that you wake up in the year 2020. Immediately, you receive instant updates from all of your household devices, which you can view on your smartphone or wearable device. Your fridge tells you how close the milk, eggs, meat and vegetables are to their expiration dates, and the thermostat sets itself based on the weather, season, and your personal habits.

Your coffee maker turns on automatically the second you leave your bed, the shower is preset to the temperature of your preference. On your way to work, you are able to access emails and memos from your office server, and when you’re driving home, you are able to tell the house to warm up and turn the lights on in advance.

All day long, you are able to monitor all of your gadgets and devices because they are all “tagged”, feeding you information on their locations and anything else you need to know in real-time. If you lose something, it alerts you to this fact and tells you where to find it. And if you’re out and about without your vehicle, you can summon it and it will find its way to you. 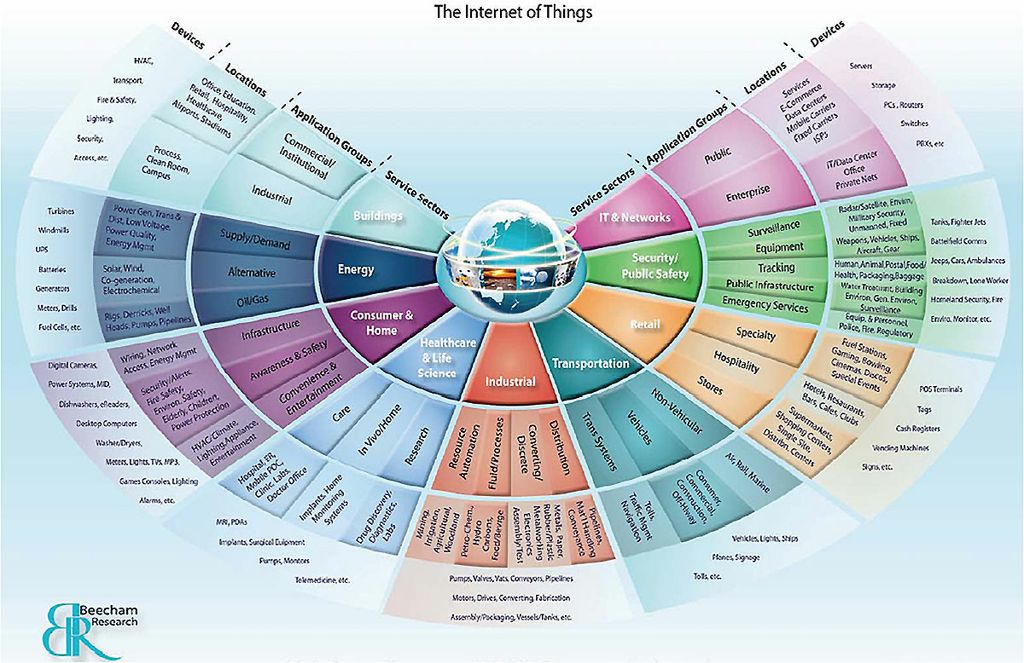 A few years ago, such a description of daily life might seem a bit farfetched. Certainly, it would sound like something out of science fiction. But with every passing year, this picture of daily life is getting closer to reality. It is what analysts, thinkers and futurists refer to as the "Internet of Things", which is a concept that is being thrown around a lot these days. But what exactly does it mean?

To break it down, the "Internet of Things" is a concept where the real world will come to resemble the internet, where digital markers and wireless internet will make reality incredibly accessible and connected. It also postulates that if all objects and people in daily life were equipped with identifiers, they could be managed and inventoried by computers for "smarter" living.

By equipping all objects in the world with minuscule machine-readable identifiers - from smartphones, to smart cars, appliances, thermostats and even homes and buildings - daily life could be transformed. Such a transformation is already under way, and much speculation claims that by the early 2020s, it will be fully realized. 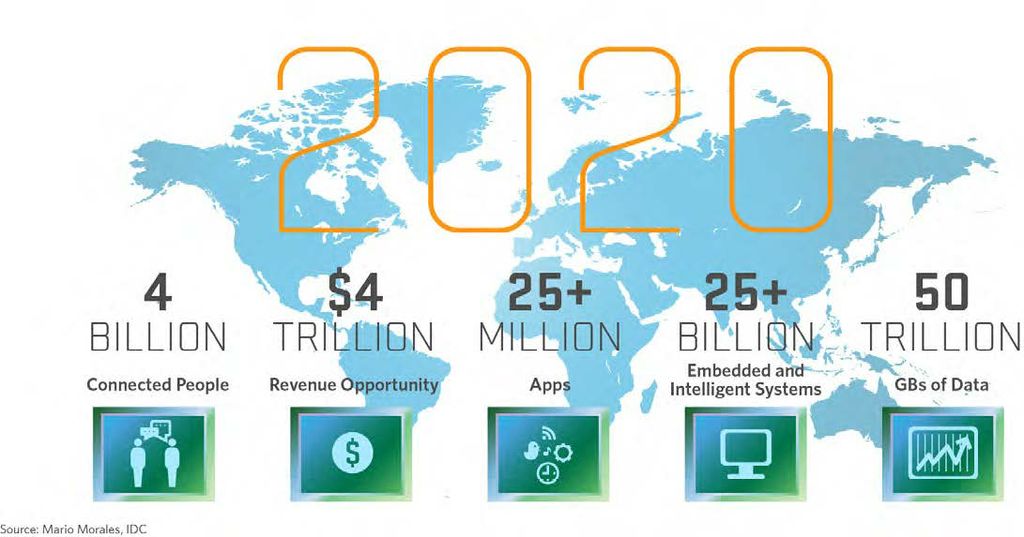 One need only look at the progression to see the trend. Today, billions of people around the world connect to the internet through their computers, smartphones, and other assorted devices. With every passing year, that number increases significantly. In fact, it is estiated that between 2000 and 2013, worldwide internet usage increased by a stunning 676% - from just under 360 million to to 2.8 billion.

It is further estimated that by 2020, that number will have increased to 4 billion - from 36% to just over half the world's population.

At the same time, technology and market research firms like Gartner and ABI Research estimate that by 2020, the number of devices connected to the internet will have increased to between 26 and 30 billion. Meanwhile, The Connectivist - an online magazine partnered with the National Cable & Telecommunications Association - places that estimate at a hefty 50.1 billion.

This exponential growth is being enabled by wireless connections, cloud computing, and the explosion in portable and wearable computing. Initially, it was believed that radio-frequency identification (RFID) was the prerequisite for the Internet of Things. But in more recent years, technologies such as Near Field Communication (NFC), barcodes, QR codes and digital watermarking are also enabling the tagging of all things in the real world. 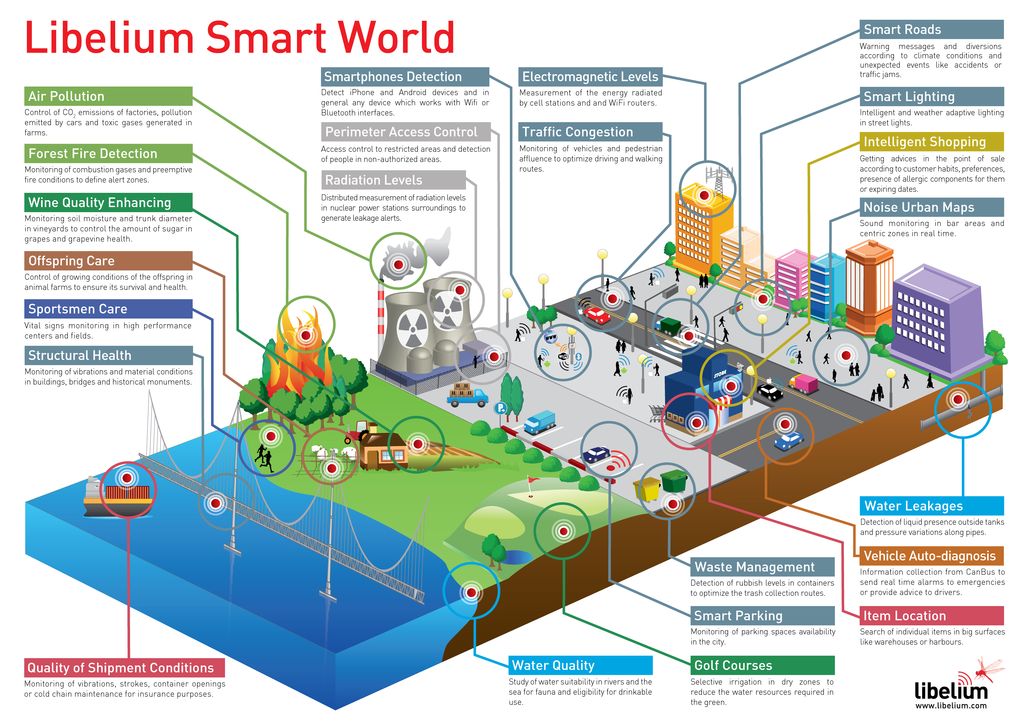 Beyond simply allowing people to connect to their devices, the implifcations for the IoT include how the world is organized and run. Already, the concept is being applied to city planning, transportation networks, surveillance and energy concerns - giving rise to what is referred to as "smart cities". These proposed cities would effectively be hubs of interconnectivity, where things like traffic choke points could be avoided, waste and pollution could be minimized, energy could be used more efficiently, and crime and accidents could be reduced.

Beyond devices that can connect wirelessly, there is also the growth in intelligent machines, advanced analytics, "big data", and machine learning that is expected to play a vital role in the near future. Mario Morales, director of semiconductor research at the International Data Corporation (IDC), describes a class of “intelligent systems”- defined as Internetconnected devices that analyze information collected in real time - and estimates there will be some 25 billion units out there in the next decade, larger than the combined number of PCs, phones and tablets.

Many of these intelligent systems will be in factories, provding real-time and intelligent monitoring, predictive maintenance, and the adaptive analysis of historical data. But such systems will also play a vital role in government and financial institutions, both of which are turning towards metadata analysis to make sense out of an increasingly data-rich landscape. 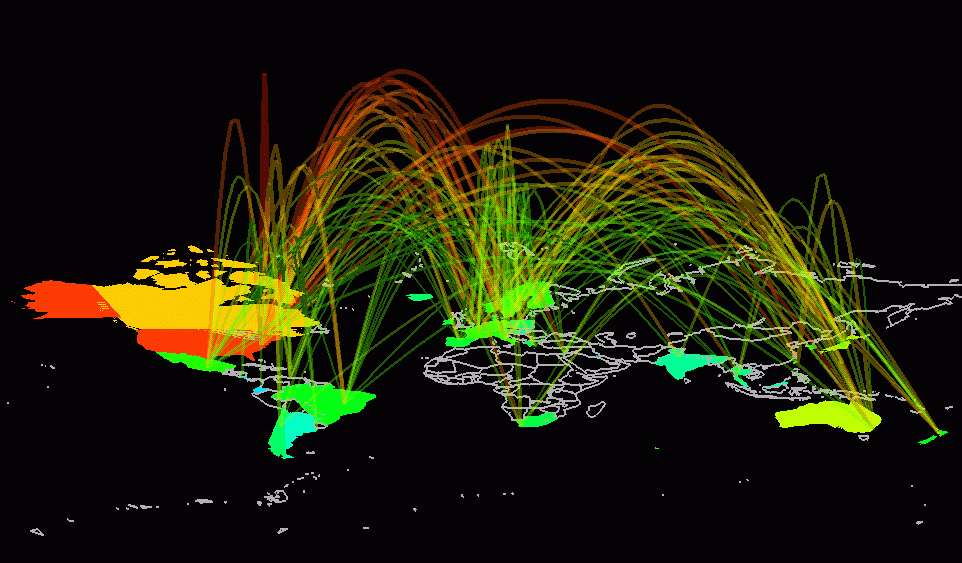 Naturally, such a prospect raises the issues of security and privacy. With billions of devices being connect together, there are many who are concerned about the safety of their personal information. If all our devices are connected together, might it be possible for a cybercriminal to hack into a single device and access our whole network from it?

Also, all of these connected, monitoring devices will require a service provider. Given the volumes of data they are providing about our daily activities, there are concerns that the IoT will simply make life more harassed by providing major corporations with more ways to anticipate and control our spending habits.

At the same time, the Snowden leaks and recent revelations involving the NSA's PRISM program have led to a lot of anxiety about government surveillance. With all the information being collected by telecomms and internet companies on our communication and web-surfing habits, can we expect that information to be kept private, or will it be shared with government agencies to discern whether or not we are a "security threat"?

Without a doubt, the possibilities created by the IoT are immense, but so are the concerns. Considering the impact it is having, and likely to have as it we get closer to 2020, there are countless conversations taking place all over the world. And while no one can accurately predict what the future will hold, as always, public discourse and awareness are the key to making sure that we enter into it with both eyes open.

For more information, check out the following video from Mashable explaing the IoT:

And for a more detailed description, check out Dr. John Barrett - the head of Academic Studies at the Nimbus Centre for Embedded Systems Research at Cork Institute of Technology (CIT) - giving a TEDx Talk on the subject: