Whether you like it or nor, virtual reality is coming to a screen near you. And even if you're not seeking it out yourself, the news, in general, is going to start making that option more prominent.

Journalists are already using VR to create more engaging reports because it presents an avenue for a new style of immersive journalism. Immersive journalism is all about getting a first-person perspective on the story, and virtual reality takes this to new heights by literally putting you in the shoes of the people involved.

But VR videos come in two basic forms today: immersive recorded video, or immersive animations. Both can be used to tell a news story, but the former is made with filmed footage while the second is completely artificial. There are also videos that are somewhere in between, using footage along with animation. In some cases, animations are used to fill in details that the cameras don't end up capturing.

Immersive journalism using VR raises some ethical concerns, although it's already being used for a variety of purposes. You'll find VR stories from The New York Times, the Wall Street Journal, CNN, NBC News, The Guardian, Al-Jazeera, and others. It's probably available in some way from your favorite major news network, so it's time to start figuring out how to use it properly. 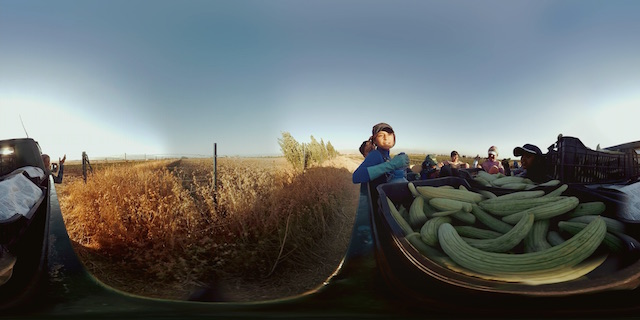 When you consume VR journalism, you're more than just a reader. You're not participating in the events, but you can begin to feel like a ghost haunting the scene. You can look around as events take place nearby or even around you, depending on how it was filmed.

It's a full-body experience, and a story presented in this way hits you way harder than simply reading. So the question arises, how immersive should immersive journalism get? Is it better to experience stories of intense violence through VR, in whatever detail is available, or to simply read about such things? Obviously, nobody will be forced to view 360 news stories, but the option will be increasingly available.

One of the first well-known and highly impactful VR news reports was Project Syria, which premiered in 2014 at the World Economic Forum. Through this animated video, viewers can get a first-person perspective on a real bombing in the streets of Aleppo, followed by an experience of life in a refugee camp. Here's the 360-degree video – VR headset recommended, though you can watch it in your browser while clicking and dragging to look around.

It's a very powerful experience, despite being an animation. That's partly because they used actual audio, video, and photographs from the scene, but it's also because VR is an intensely empathetic technology. Most VR news stories aren't that graphic and intense, of course, but this demonstrates what is possible.

The creator of Project Syria is Nonny de la Peña, also known as the “Godmother of Virtual Reality.” Another one of her projects is Hunger in L.A., a first-person experience of what it's like to be hungry on the streets (the digital streets, in this case). She brought her immersive film to the Sundance Film Festival, where she got a pretty incredible response.

“We showed up at Sundance with Hunger in L.A. and we didn’t know how people were going to react,” de la Peña told Wired in an interview. “But people were just bawling. They were crying. I can tell you that it was the most emotional I’d ever seen people be in any of the pieces I’d worked on.

With these pieces, you take off the goggles yourself, and then you’re faced with people in there—to look in their eyes. The sense of connection to the story was like nothing I’d ever seen before.”

This new medium brings new opportunities, but we must also ask – should journalists take special care when using VR, factoring in the effects of increased empathy? It must be stressed that VR videos are created from particular points of view, and this will bias a news story in one direction or another. 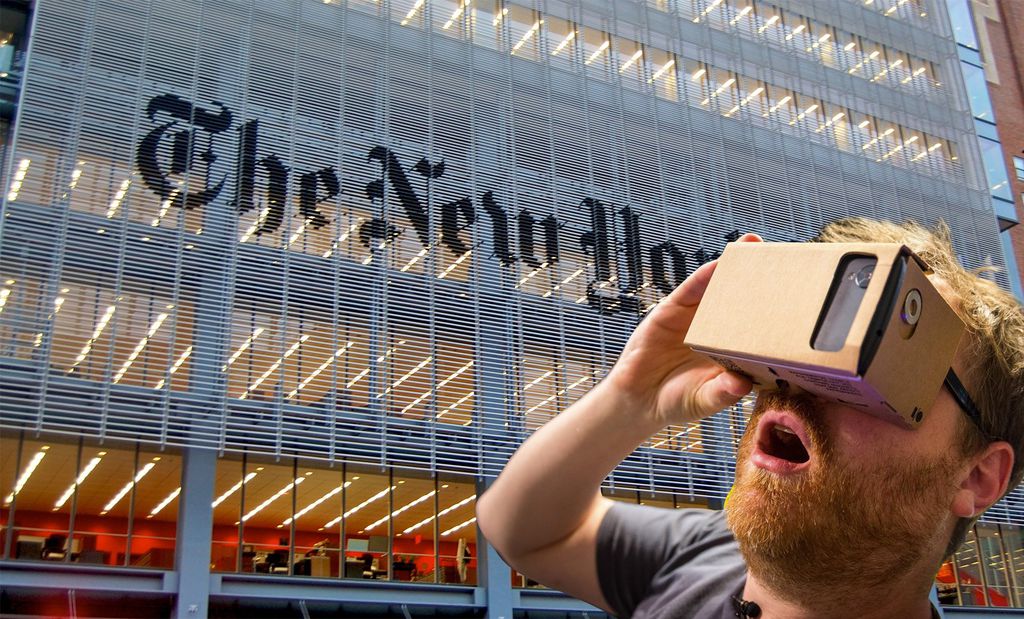 VR journalism brings up a variety of dilemmas. If you can capture events from a first-person perspective, who's perspective do you choose? If you're filming or animating an altercation, do you have to film it from both sides? What if there are many people involved, many competing perspectives? Who do you include, and, perhaps more importantly, who do you leave out? A VR video feels immersive, like you're really there, but you still can't see what's happening outside of the camera's range.

Biased journalists and news outlets will be able to spin stories in entirely new ways. Not only can they omit certain viewpoints or information, they can use VR to make their perspective of choice all the more powerful and convincing. The medium itself encourages empathy. On the worst side of things, animated VR presentations can be created that are entirely false, depicting events that are complete fabrications.

One key to solving the ethical issues that VR brings up is increasing transparency. When we know how VR videos are produced, and what decisions were made to get that perspective, we are empowered.

Tom Kent, Standards Editor at the Associated Press, has some ideas about how to make VR journalism better for consumers.

“Viewers need to know how VR producers expect their work to be perceived, what’s been done to guarantee authenticity and what part of a production may be, frankly, supposition,” he said.

“This kind of transparency can be accomplished through pre-roll disclosures on VR stories themselves, and by producers creating and posting their own ethics codes. The Online News Association’s Build Your Own Ethics Code project will include a section to help create ethics statements for VR.”

What do you think? Is it a problem if news outlets can create intensely engaging and convincing reports? How much will their bias creep in, by design or purely by human nature?

The applications of VR are far-reaching, much more than just journalism or entertainment. That's why the success of the $50,000 NIST Virtual Public Safety Test Environment Challenge, a global competition to design a physical measurement environment using VR, is so timely.

New Partnership Boosts Crowd-Powered Fact Checking Challenge
join 86500 innovators
Get exclusive access to the latest crowdsourcing insights, inspiration and challenges from HeroX
Technology
A Roundup of Cool 2021 Innovation Conferences
2020 was a year that brought some truly inspiring innovation conferences, especially since the pandemic forced innovation for all the event organizers who had to pivot their events online. We rounded up the best of the best that have been announced so far for 2021.
4 min read
Technology
When The Answer Isn’t Inside | How To Import New Ideas Into Your Team Without Hiring More People
Both Ideawake & HeroX aim to provide an open innovation platform to tap into subject matter experts and other innovative thinkers who think and work outside organizational lines. Ready to jumpstart their partnership, with HeroX providing the public outlet for diverse and innovative perspectives.
2 min read
Science
What is the Artemis Base Camp and how does this Challenge Contribute to it?
NASA’s Artemis Base Camp will be a permanent outpost at the lunar south pole supported by logistical delivery systems developed by citizen science space innovators as part of the NASA Lunar Delivery Challenge
2 min read
newsletter
Get exclusive access to the latest crowdsourcing insights, inspiration and challenges from HeroX
Do you have an idea for an article or story?
Contact Us
We've successfully collaborated winning and fulfilling on NASA contracts through their Center of Excellence for Collaborative Innovation. HeroX is positioned as the social network for innovation and therefore has a broader and more uncredentialed crowd, which pairs well with our Topcoder crowd of experts in development and design. Their team is great to work with, we've had the pleasure of hosting webinars and other joint initiatives.