How One Team of Earthlings Learned About Life on Mars

Did you know that for the past year, six people lived together, completely cut off from the rest of the world, in conditions very much like the planet Mars?

They aren't astronauts, or even cosmonauts – they're more like lavanauts. That's because these six people have been staying in a 1,200 square-foot habitat on the island of Mauna Loa, Hawaii. They're part of the HI-SEAS Mars simulation, an experiment to replicate the conditions on Mars as closely as possible for a small team. HI-SEAS is the Hawaii Space Exploration Analog and Simulation, a NASA-funded project that just finished its 4th mission on August 28, 2016.

Peeking inside the Mock Mars Habitat

The simulation habitat, or hab, is designed to give crewmembers a living space/science lab that will be as close as possible to the ones we might build on Mars. It's a big dome, with a trailer attached, and it runs on solar power. 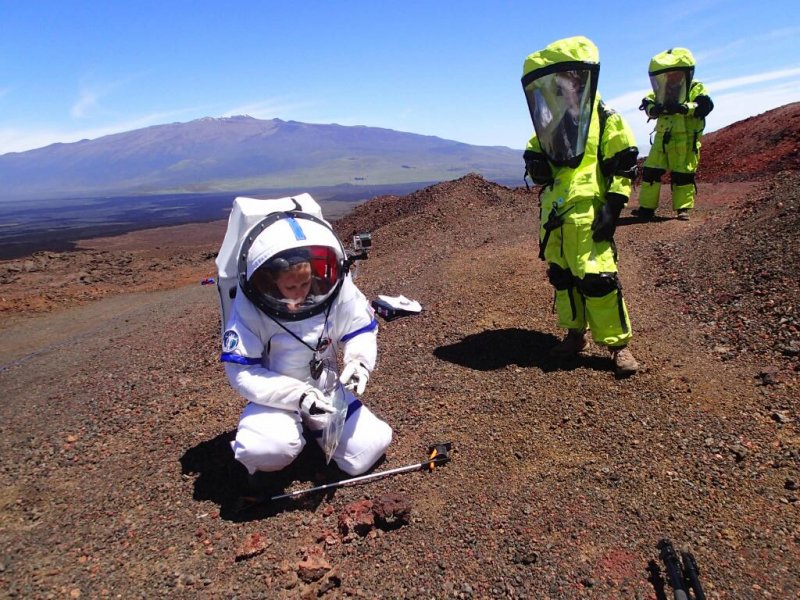 Simulating Mars meant that they'd need to wear a mock Mars-suit every time they went outside, and dealt with a 20-minute delay any time they communicated with people “on the outside.”

Shipments of food and fresh water were delivered every two and four months, respectively, just like they would be on Mars. 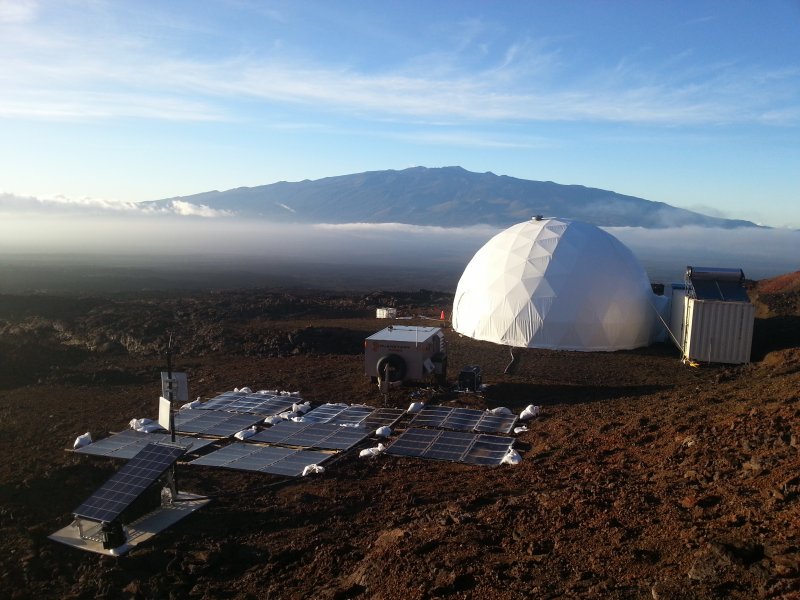 You might think the habitat is a bit cramped, though it's often described as spacious (but not always by the inhabitants). It's completely furnished, with six bedrooms and one bathroom. It features a loft, a kitchen, a pantry (which includes powdered wine), an office, exercise equipment, a science lab, and more.

You can actually check out this guided tour, given by one of the inhabitants. Christiane Heinicke, Chief Scientific Officer and physicist, posted this video on Twitter, through the University of Hawaii. Be on the lookout for their TARDIS!

Each crewmember kept a blog throughout the experience, documenting how they felt about spending an entire year with five other people. It must have been a very profound experience. As Heinicke says in her video:

“The people who've been living inside this habitat for the last year have not felt the wind on their face in over a year. They have not touched the Earth.”

In their blogs the mission members share what they went through, from fantasies about food to what it's like to live so intimately with people – especially during the tough times. In one stirring account, mission doctor Sheyna Gifford relates what it was like for one of her crewmates, French astrobiologist Cyprien Verseux, during the terrorist attacks on Nice.

She learned a lot from her time there:

“Every person on your crew whether or not you happen to like them in that moment or in general is precious because we all depend on each other to make it through this. The same is true on Earth. Only on Earth, our interdependence is obscenely easy to dismiss; to deny; to disregard to the point where revoking the right of other humans to breathe and eat and be there for those who depend upon them becomes a valid option.”

She drew parallels from their experiences in the habitat, helping her understand that their little community was a miniature version of the world at large. Just as they needed to cooperate to survive, the same was true of everyone living together on Earth.

The bathroom in the Mars simulation hab actually looked pretty normal, using a composting toilet. It was actually just a boring old bathroom, since Mars has some additional features, such as gravity. “Bathroom ops” are a lot more difficult when astronauts are confined to the capsule -- and their suits! Unfortunately, the Space Poop Challenge wasn’t around at the time of this habitat experiment, but there’s always next time! In the meantime, check back in February to get the final results and learn about the winning entry!

New Partnership Boosts Crowd-Powered Fact Checking Challenge
join 80249 innovators
Get exclusive access to the latest crowdsourcing insights, inspiration and challenges from HeroX
Non-Profit & Social Impact
lululemon announces the Healthier Community Challenge on HeroX
What if you could experience an environment that improved your well-being just by spending time in it? What would this look like to you? lululemon is…
1 min read
HeroX Tips: Your Crowdsourcing Timeline
Why is the challenge timeline important in crowdsourcing, when is it best to launch a challenge, what are the milestones that determine how long the project should run. All that and more tips and tricks that will help you launch a great crowdsourcing project or challenge, read inside.
1 min read
Government
Crowdsourcing for Smart Cities
Innovation challenges are finding their place in healthcare, data science, renewable energy and more! You’ve likely heard of smart homes and other ‘s…
1 min read
newsletter
Get exclusive access to the latest crowdsourcing insights, inspiration and challenges from HeroX
Do you have an idea for an article or story?
Contact Us
HeroX was a fantastic partner, providing not only a user-friendly online platform but also outstanding expertise and guidance in designing and executing our inaugural Echovation Challenge.