Public payphones are declining in use, thanks to the growing use of cellphones, smartphones, and other mobile devices. In an age of the internet and wireless communications, it seems that this once-crucial public utility is slowly being left behind. However, it is also understood that payphones continue to play a vital role in urban life. In addition to being the primary means of communication in times of crisis, they also provide unlimited services for people who cannot afford mobile devices.

This is why Public Utility - a consortium of entrepreneur's, urban designers, policy makers & students - has launched the Public Utility Challenge - Innovate Payphones. With a prize of $25,000, this incentive-competition seeks to inspire proposals that leverage smart city technologies and design features that will update and modernize the payphone. These proposals can come from students, design professionals, technologists and anyone else who is interested in ensuring that this utility remains a part of our cities.

To break this problem down succinctly, payphones still play an important role in our society. However, from an economic standpoint, they are no longer particularly viable. Since the turn of the century, virtually all telecommunications companies began to lose money from the operation of their payphones. This, in turn, has led all the major providers - like AT&T and Verizon - to abandon the market entirely, leaving independent and local telephone companies to pick up the slack. 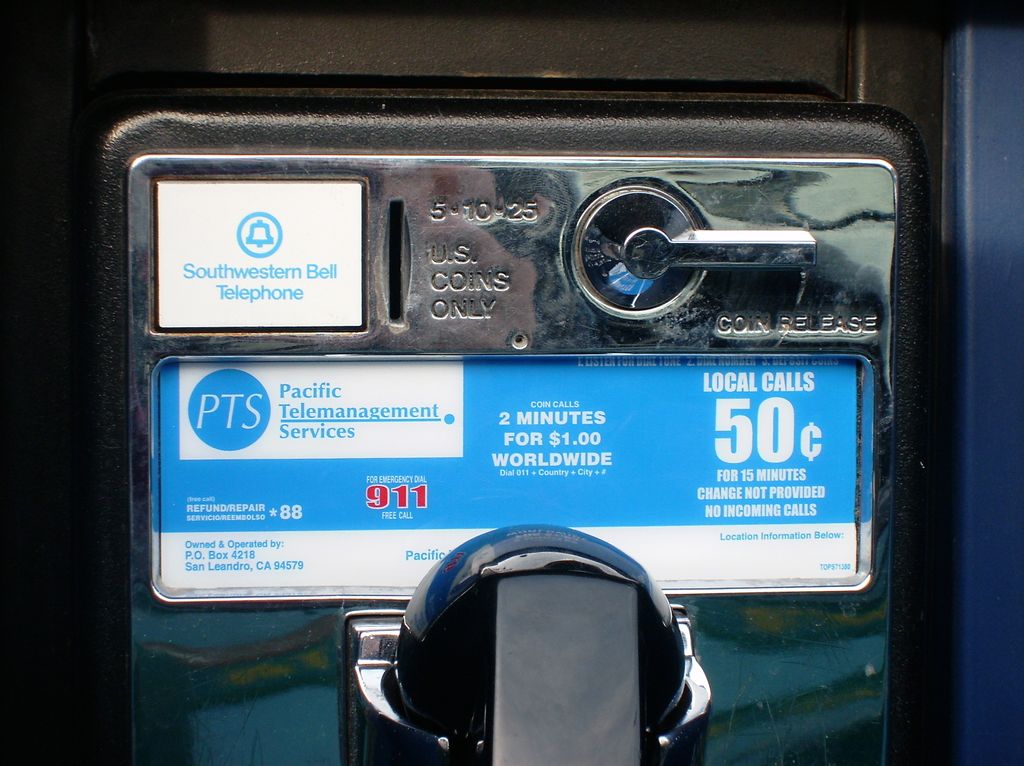 Since the year 2000, payphone usage has been declining by 10% per year. And yet, the are still important and widely used. Credit: Wikipedia Commons

To put this into numbers, in 1999, revenues from payphones in the US peaked at $1.213 billion USD. However, for every year after that, revenues declines steadily - from $972 million in 2000 to $209 million in 2009. This trend is reflected in the shrinking number of payphones that have remained in operation. According to different sources, the number of payphones in the US peaked in either 1995 (at 2.6 million) or in 2000 (at 2.2 million).

Here too, the number has been steadily shrinking ever since, at a rate of about 10% per year. As of 2013, the number of payphones still actively in use was reportedly down to 425,000. But according to the American Public Communications Council, payphones are still responsible for processing 1.7 billion calls per year, mostly in low-income neighborhoods where cellphone ownership and prepaid phone use is statistically lower.

Clearly, payphones still have their uses and continue to provide a service that many people depend on. But to ensure they remain a part of our urban landscape, and an economically-viable public service, some redesign, and revitalization are necessary. This is the goal of the Public Utility Challenge, which seeks to once again make payphones modern and widely-used. And with three weeks left to go, there is still time to register!

Do you have ideas on how payphones can be revitalized? Then head on over to the Public Utility Challenge - Innovate Payphones for more information and a chance to win the $25,000 prize!

more like this
GOVERNMENT TECHNOLOGY
comments
most popular
Healthcare
How to Poop In Outer Space
Non-Profit & Social Impact
All Charities Should (Ultimately) Self-Destruct
Healthcare
NASA Launches the Space Poop Challenge
Government
Embrace the Chaos: Designing for an Antifragile Future
New Partnership Boosts Crowd-Powered Fact Checking Challenge
Hear about new challenges first by signing up to our newsletter
Government
Safety Standards for Personal Protective Equipment
PPE is critical for the safety of workers in many fields and industries, but what are the standards for adequate protective clothing, how are they developed, and how they are used?
3 min read
Energy, Environment & Resources
How other industries are utilizing the Circular Economy and questions we should ask about the agricultural industry
The issues of waste and resource depletion are apparent across industries. This is why we’re seeing more and more companies adopt a Circular Economy. What value is the model bringing to the companies that have adopted it? Can any lessons be transferred to the agricultural industry?
2 min read
Energy, Environment & Resources
Current trends in modern agricultural practice
To bring about sustainable change, we need to adopt circular methods. This is why we’re seeing many circular trends emerging in the agriculture sector from vertical farming to lab-grown meat! Let’s dive further into the revolutionary technology that’s paving the way for new possibilities.
2 min read