Machine Learning and the Age of Predictive Policing

In the pursuit of computers that can not only read but interpret documents, Dynamic Risk - North American's leading pipeline integrity management provider - launched the Cognitive Computing Challenge. With $200,000 available in prizes, this challenge seeks to award the creation of software that can not only process information from different types of documents, but map it to target fields in a larger database.

And Dynamic Risk is hardly alone in their desire to embrace the burgeoning fields of machine learning and artificial intelligence. All over the world, industry professionals are looking to big data and cognitive computing to help them discern patterns in the chaos. Unsurprisingly, so is law enforcement, a field that depends on its ability to make sense out of seemingly random patterns.

Traditionally, police officers have done this by pouring over a combination of field, ballistics and forensic reports, hoping to see how a crime fit into a possible pattern. Once a pattern is detected, the information can be used to predict, anticipate and prevent further crime. Naturally, this process is time-consuming, frustrating, and can often lead to a case "going cold" before anything discernible can be found.

However, a new method is emerging that is empirical and data-driven, combining machine learning algorithms with big data to make sense of crime statistics. Known as "predictive policing", this new method is being embraced by police departments and law enforcement agencies all across the US and the world.

In a 2013 research report for the IBM Center for the Business of Government, Dr. Jennifer Bachner of Johns Hopkins University describes the new method as follows:

"Law enforcement agencies are on the frontier of the data revolution. Crime analysts are now leveraging access to more data and using innovative software to generate predictions about where crime is likely to occur and where suspects are likely to be located. This is often referred to as predictive policing, and it helps police prevent crime from occurring."

Consider the case of the Cambridge Police Department (CPD) and MIT's Computer Science and Artificial Intelligence Laboratory (CSAIL). In 2013, they came together to test a new machine learning method called “Series Finder” that was developed to assist police in finding crime patterns. Basically, the system uses an algorithm to analyse crime patterns and tries to construct a modus operandi (M.O.) for the offenders.

Using historical data from the CPD's crime analysis unit, the CSAIL team trained Series Finder to detect patterns in break-ins across the town of Cambridge that went back over a decade. The factors used to determine an M.O. included means of entry (i.e. front door, back door, or window), day of the week, characteristics of the property itself, and geographic proximity to other break-ins. 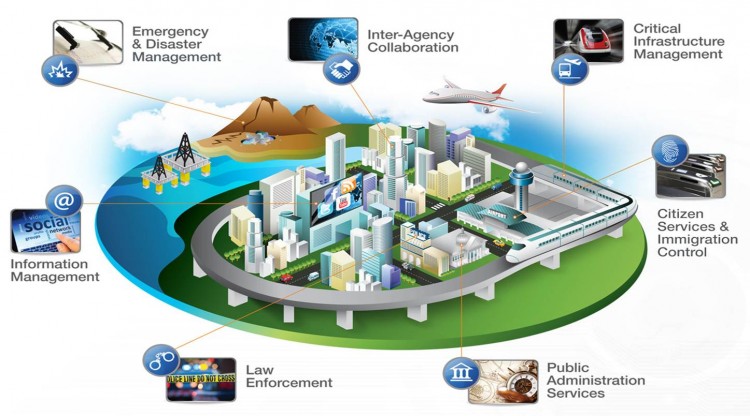 In the future, it may be possible to stop crimes before they happen, thanks to programs like Crime Series. Credit: gigatown.co.nz

In a blind test involving nine criminal patterns, Series Finder was not only able to recover most of the crimes, but also identified nine additional crimes with those same patterns that the CPD had not previously known about. In addition, the system excluded eight crimes from the nine patterns that analysts subsequently verified should be excluded. This allowed the CPD to rule out one of their suspects, and refined their search parameters to get a better idea of what their suspect looked like.

If this is starting to sound eerily familiar, it's probably because its reminiscent of "Precrime", a term coined by Philip K.D. in his story Minority Report - which was adapted into a movie in 2002 starring Tom Cruise and a TV series in 2015. In this universe, the police rely on Precogs (i.e. psychics) to see the future so they can stop crimes before they happen.

And while it is not nearly as fantastic, the principle of predictive policing is very similar, and definitely sounds like something out of a science fiction novel! And the CPD and the Crime Series system are merely one example amongst hundreds where police departments have come together with computing and artificial intelligence specialists to develop cutting-edge ways to fight crime.

Are you interested in making machines that can not only read, but interpret information? Then register in the Cognitive Computing Challenge for a chance to win the $200,000 prize!