The early 20th century was an exciting time for those involved in the science of flight. With every passing year, records were being established and broken and the future seemed as limitless as the open skies. And in the end, much of the progress that was made was due to the practice of incentivizing innovation and invention, a tradition which carries on to this day.

And when it comes to incentive competitions that led to progress being made, few were more important or influential than the Orteig Prize. Established in 1919 by Raymond Orteig - a French-American hotelier, aviation enthusiast, and philanthropist - this $25,000 prize sought to push the envelope on aviation by awarding the first person who could perform a nonstop flight between New York and Paris.

Having made his fortune through a string of successful hotels in New York City, Orteig spent much of his time after World War I listening to French pilots regale him with stories of their exploits. Over time, he developed a passion for aviation and began to dream of the ways in which commercial air travel could benefit the world. 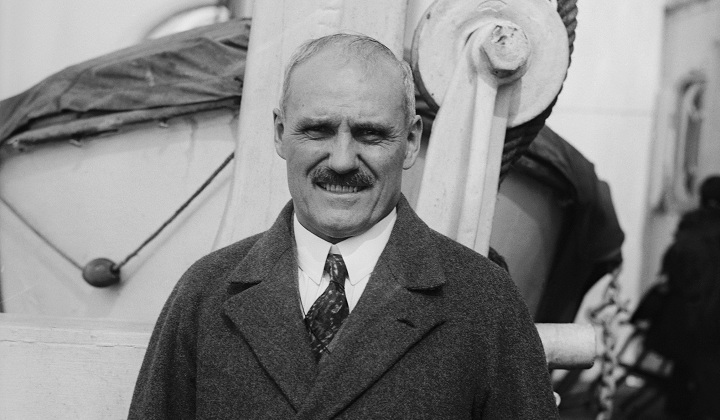 In 1919, news had reached Orteig of the nonstop flight that had been made between Newfoundland and Ireland, and he began to contemplate how he might help further progress to be made. In a letter to the Aero Club of America, he stated:

"Gentlemen, as a stimulus to courageous aviators, I desire to offer, through the auspices and regulations of the Aero Club of America, a prize of $25,000 to the first aviator of any Allied country crossing the Atlantic in one flight from Paris to New York or New York to Paris, all other details in your care."

The distance - a total of 5794 km or 3,600 miles - was twice that of the flight from Newfoundland to Ireland, and initially seemed impossible. By the early 1920's, airplanes had progressed to the point that the flight seemed technically feasible, albeit with considerable risk for the pilot. As a result, the prize offer expired by 1924 without anyone claiming it.

Nevertheless, Orteig's offer of a $25,000 purse spurred technological improvements and many pilots were still determined to win it. As such, Orteig extended the deadline another five years; and by 1926, nine teams came forward to formally compete. In the end, the prize went to a little-known aviator named Charles Lindbergh, who attempted the flight in a custom-built plane known as the "Spirit of St. Louis." 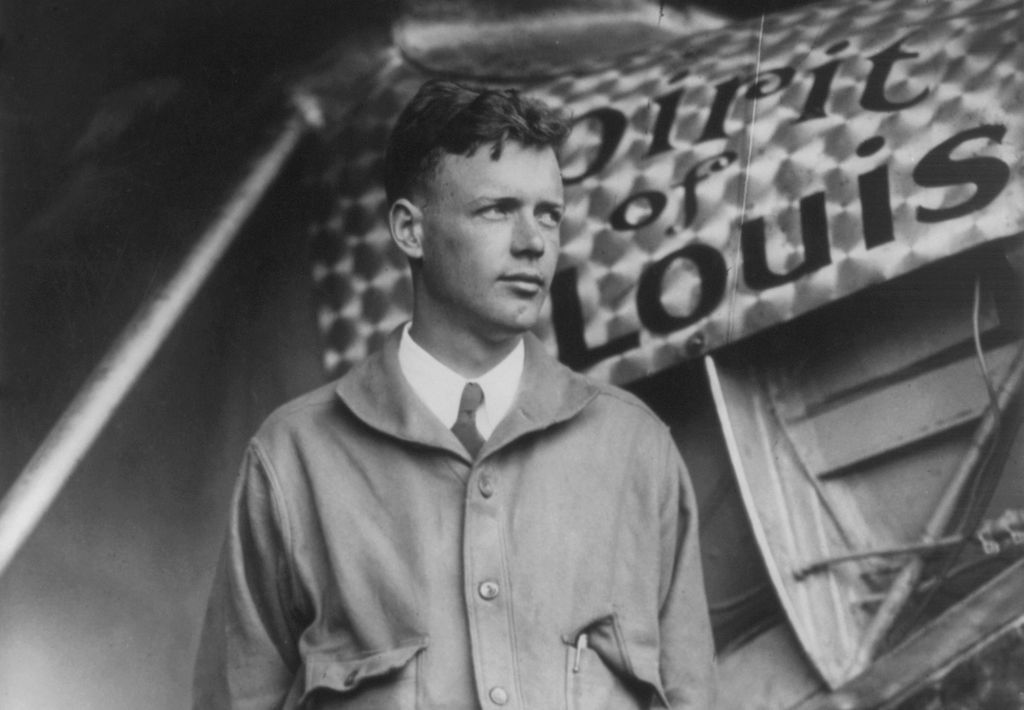 Charles Lindbergh poses in front of his plane, "The Spirit of St. Louis". Credit: US Library of Congress

On May 20th, 1927, Charles Lindbergh took off from Roosevelt Field on Long Island and some 33 hours later, he landed the Spirit of St. Louis at Paris’ Le Bourget airfield. Orteig was vacationing in France at the time and traveled to Paris immediately, where he met Lindbergh and arranged for the purse to be awarded.

While the concept of an incentive-competition was not withou precedent - see the British Longitude Prize and the English Channel Crossing Prize - the Orteig Prize was the first of its kind to be offered by a private individual. In addition, it encouraged unprecedented innovation, with some estimates claiming that the prize sparked $16 of investments in new technologies for every dollar offered. 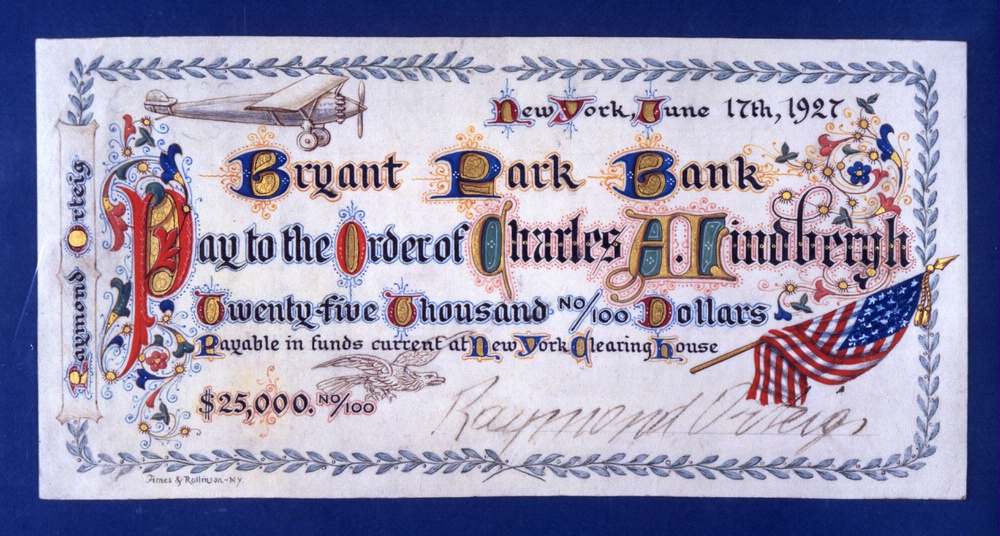 The Orteig Prize check made out to Charles Lindbergh. Credit: charleslindbergh.com

As Peter Diamandis and Stephen Kotler summarized in their book Abundance: The Future Is Better Than You Think:

“The Orteig Prize captured the world’s attention and ushered in an era of change. A landscape of daredevils and barnstormers was transformed into one of pilots and passengers. In 18 months, the number of paying U.S. passengers grew thirtyfold. . . . The number of pilots in the United States tripled. The number of airplanes quadrupled.”

Granted, the competition was not without its share of failed attempts and tragedy. Of the nine pilots that attempted to make the crossing, six died while in transit. Nevertheless, Lindbergh’s success sparked a boom in aviation, and inspired many subsequent prizes. This includes the Ansari X-Prize, a $10 million incentive competition founded in 1996 to spur developments in the fields of aerospace and space exploration.

In an age of booming technological innovations and infinite possibilities, it is important to look to the past and remember what inspired success. And if there's one thing the age of flight has taught us, it is that nothing succeeds like having the right combination of talent, resources, and of course, a spirit that is committed to adventure!

Do you have an idea you'd like to see become a reality? Then head on over to our Create a Challenge page and be ready to make the impossible possible!

more like this
TECHNOLOGY
comments
most popular
Healthcare
How to Poop In Outer Space
Non-Profit & Social Impact
All Charities Should (Ultimately) Self-Destruct
Healthcare
NASA Launches the Space Poop Challenge
Government
Embrace the Chaos: Designing for an Antifragile Future
New Partnership Boosts Crowd-Powered Fact Checking Challenge
Hear about new challenges first by signing up to our newsletter
Arts & Design
What is the Metaverse?
This is an explanatory article on the Metaverse. It describes the Metaverse as a collective virtual shared space created by the convergence of virtually enhanced physical reality and physically persistent virtual space.
4 min read
The HeroX Spotlight Series: Introducing Kyla Jeffrey
HeroX is an amazing group of humans who believe in making the world a better place through innovation and crowdsourcing. Our culture and core values are top priority and each and every HeroXer embodies them. This blog series aims to introduce the world to these amazing humans!
1 min read
Government
Body Diversity Across Gender, Race and Beyond S, M, L, XL
Properly fitting clothing and protective gear is important for mental health, safety, and workplace productivity. The issue of diverse body shapes could be addressed through crowdsourcing and prize challenges.
2 min read