History of Challenges: The Goldcorp Challenge

The Integra Gold Corporation, a Canadian mining and exploration company, is looking to make the region of Val-d'Or Quebec (French for "valley of gold") once again live up to its name. Towards this end, they created the Integra Gold Rush Challenge, an incentive competition that will award $1 million CAD in prizes to anyone who can crunch 75 years' worth of mining data and locate gold deposits in their high-grade Lamaque mine.

While this may sound unconventional, they are not the first company to crowdsource the search for gold. Back in 2000, Goldcorp - a Vancouver-based mining firm - did much the same thing with the Goldcorp Challenge. At the time, the company's mine in Red Lake, Ontario was underperforming and producing only 50,000 ounces of gold a year. In spite of this, the company's geologists were certain that the main gold deposit lay deeper underground.

Since they did not know where to begin looking and any exploration process was likely to be time-consuming and expensive, Rob McEwen - Goldcorp's CEO - decided to do something bold. Inspired by an MIT conference he attended in 1999 - where the story of how Linus Torvalds used the Internet as a collaborative resource to build the Linux software operating system - McEwen decided to crowdsource a solution. 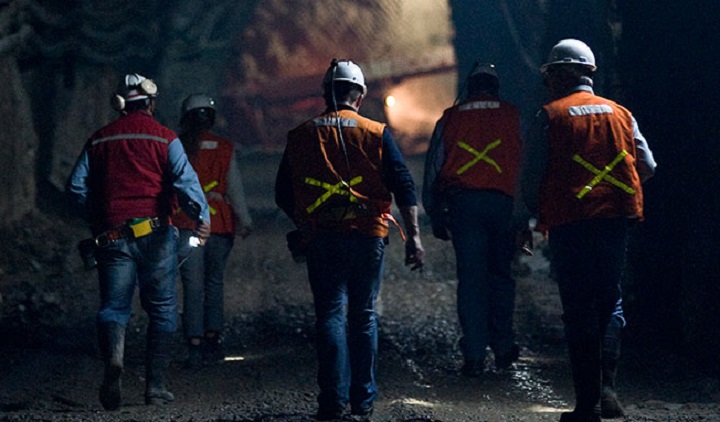 The Goldcorp challenge resulted in 110 deposits of gold being exploited in the Red Lake mine. Credit: goldcorp.com

In short, McEwen made the company's geological data available to the public, and offered an incentive prize of $575,000 CAD to anyone who could locate the untapped gold depositis. Within a few weeks, over 1000 submissions came in from all over the world from virtual prospectors, which included geologists, mathematicians, military officers, students, and consultants.

In the end, the winning submission was a collaborative effort from Australia, between Fractal Graphics from West Perth and Taylor Wall and Associates from Queensland. Using the 400 megabytes of data provided by McEwen, they managed to create a 3-D map of the mine that included powerful computer graphics. With this map in hand, Goldcorp was able to identify 110 deposit sites in the Red Lake mine, 50% of which were previously unknown to the company.

These unearthed deposits were worth more than $6 billion, and shaved two to three years off the company's exploration time. But most importantly of all, the discovery turned what was a struggling mining company into the most profitable in the business. And all because McEwen went outside the company and sought the help of outside experts, something unprecedented for a mining company to do.

Little wonder then why the Integra Gold Corp is seeking outside input to revitalize the Lamaque Mine. Located at the eastern edge of the Abitibi Gold Belt, this mine is believed to still contain vast, untapped resources. The only thing that remains is to find them. And somewhere in the company's database - 6 terabytes worth of prospecting data covering 75 years! - the locations of these vast gold deposits are just waiting to be found.

Are you an expert in mining, geology, prospecting, data mining or have ideas on how this challenge could be won? Register in the Integra Gold Rush Challenge for a chance to win up to $1 million CAD in prizes!

more like this
ENERGY, ENVIRONMENT & RESOURCES
comments
most popular
Healthcare
How to Poop In Outer Space
Non-Profit & Social Impact
Nonprofit Innovation: All Charities Should (Ultimately) Self-Destruct
Healthcare
NASA Launches the Space Poop Challenge
Government
Embrace the Chaos: Designing for an Antifragile Future
New Partnership Boosts Crowd-Powered Fact Checking Challenge
Hear about new challenges first by signing up to our newsletter
Arts & Design
Building a Culture of Innovation
A crazy-passionate dialogue with empathy-preneur Amy J. Wilson on building a culture of innovation, the effects of poor workplace culture, and the difference between growing communities vs. networks.
9 min read
Arts & Design
The “Real McCoy”: Not Just N95s: A History of Counterfeiting
Since the eruption of the COVID-19 pandemic across the globe, respirators have been in the spotlight. When demand outweighed supply,  a flood of coun…
4 min read
Arts & Design
Trademarks and Open Innovation: Two Keys To Solving a Serious Public Health Issue
Learn what trademarking means and why trademarks and crowdsourcing open innovation are so important for public health in a pandemic.
3 min read