"What do you need to bring, and how do you minimize the need for delivery of future supplies in order to establish a sustained human presence on a planet 140 million miles away from Earth?" That is the question that is at the heart of NASA's Journey to Mars Challenge, an incentive-based competition that will give $15,000 in rewards to those who can come up with creative ideas for establishing a continuous human presence on the Red Planet.

For years, NASA has been quite outspoken about its plan to mount a manned mission to Mars by the 2030s. However, with exploration and revelations pouring in about the Red Planet - i.e. how it may have once supported life - there has also been renewed interest in the possibility of creating a permanent settlement there. Hence, NASA is inviting the public to contribute detailed ideas that would help develop the necessary elements of space pioneering.

As stated in their press release: "This could include shelter, food, water, breathable air, communication, exercise, social interactions and medicine - but participants are encouraged to consider innovative and creative elements beyond these examples." In the end, three entries will be selected and the participants who submitted them awarded $5000 each. 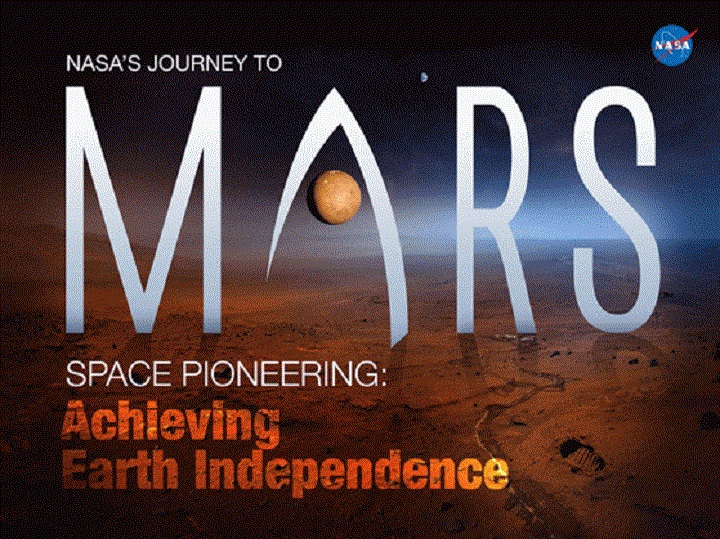 According to the guidelines established by NASA, every entry will be judged based on the "relevance, creativity, simplicity, resource efficiency, feasibility, comprehensiveness and scalability of the concept." Basically, they are looking for technical submissions that describe the development of all the technology and capabilities that will be needed, and address both the technical and economic aspects that such a mission will entail.

So not only do the ideas submitted need to be technically feasible, they need to take into account the all-important factor of budgets. Hence why NASA has designated special areas of concern for the Challenge - which include the weight and volume of spacecraft involved, as well as the transit time and limited opportunities for resupply.

Basically, if and when spaceships begin carrying settlers to Mars, they will need to be able to sustain crews for periods of 500 days before they have the opportunity to take on fresh supplies. At the same time, they will need to have the necessary space to accomodate all the food, equipment and building materials needed to establish a long-term settlement once they get there. 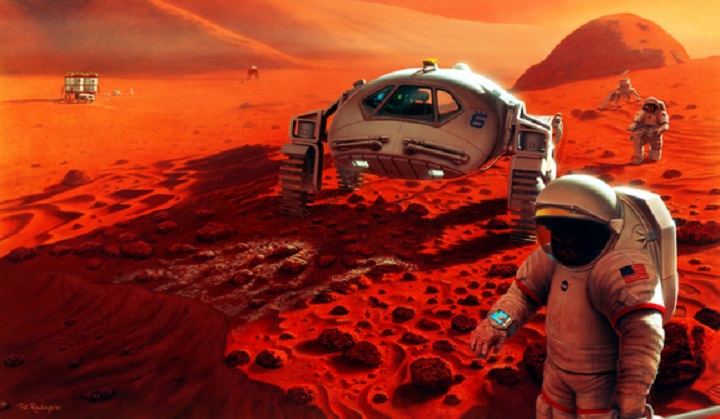 Crewed missions to Mars will be taking place within the next few decades, which could help pave the way for colonization.Credit: NASA/Pat Rawlings, SAIC

But this in turn raises the issue of costs. Bigger ships can certainly carry more in the way of supplies and sustain crews for longer periods of time. But the bigger the spacecraft is, the more costly they are to build and the more fuel they require in order to make the journey. These types of challenges require innovating thinking, the kinds of solutions that can kill two birds with one stone or reduce one problem without adding to others.

This Challenge is also in keeping with NASA's two-prong approach, which is to develop reusable space capabilities on the one hand, while partnering with commercial and international partners to develop systems and technologies on the other. This combined approach, they hope, will not only drastically reduce the cost of sending ships into space, but also ensure that their efforts benefit from as many contributing minds as possible.

Another thing NASA has been very up-front about in the past few years is the all-important role Mars plays in its exploration program. In recent months, they began depicting various planned missions as a series of "stepping stones to Mars".

For instance, the One-Year Mission aboard the International Space Station - which is intended to study the effects of weightlessness on the human body - has been described as being intrinsic to manned missions to Mars, where the lower gravity will have an affect on astronaut's health. 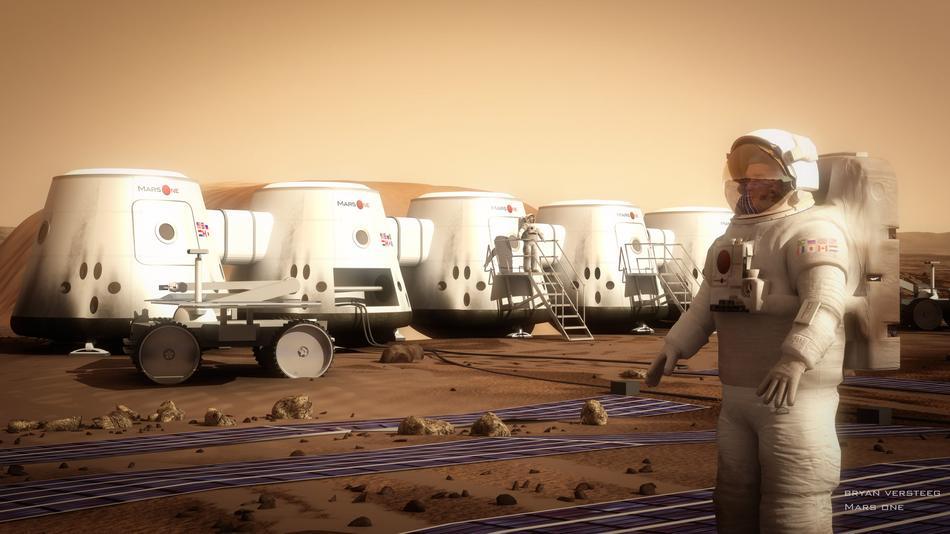 In addition to NASA's proposed manned-mission, there are also crowdfunded efforts to colonize Mars in the next few decades (i.e. MarsOne). Credit. mars-one.com

The proposed mission to an asteroid - called the Asteroid Redirect Mission - has been given a similar treatment. Ostensibly, this mission calls for the capture of a relatively small asteroid using a robotic spacecraft and placing it into orbit around the moon, where astronauts will be able to visit it in 2025.

In addition to providing insight into asteroids in our Solar System - as well as learning more about its early history - NASA also claims the mission will be chance for scientists and engineers to work out potential problems that could arise during a future mission to Mars.

And the development of the Space Launch System (SLS) and the Orion Multi-Purpose Crew Vehicle have also proceeded with the stated purpose of being the very vehicles that will one day bring astronauts to Mars.

Interestingly enough, the "Journey to Mars" challenge was also announced the same week as the Humans to Mars Summit in Washington, D.C. Experts at this summit gathered to discuss the best ways to bring humans to Mars affordably within the next few decades.

At this point, very little in the way of NASA's space exploration seems to be focused on anything other than reaching the Red Planet. And the Journey to Mars Challenge is just another way the general public can help make that happen.

And for some added inspiration, be sure to check out these videos:

Buzz Aldrin speaking about his new book, "Mission to Mars":

And Space.com's video, "NASA Dreams of Bootprints On Mars":

more like this
TECHNOLOGY
comments
most popular
Healthcare
How to Poop In Outer Space
Non-Profit & Social Impact
Nonprofit Innovation: All Charities Should (Ultimately) Self-Destruct
Healthcare
NASA Launches the Space Poop Challenge
Government
Embrace the Chaos: Designing for an Antifragile Future
New Partnership Boosts Crowd-Powered Fact Checking Challenge
Hear about new challenges first by signing up to our newsletter
Optimizing Return On Innovation with 100%Open
David Simoes-Brown @deeyesbee, CEO of @100open on using crowds to reach net-zero goals, how to optimize (and measure) innovation ROI, global innovation trends in open procurement and supply chains, and how innovation is handled in a variety of different industries.
24 min read
Technology
Innovation Heroes: Adapt Or Be Left Behind: How Norway Is Changing Through Innovation
Innovation Heroes ep.2 with Adam Olsen and Truls Berg, Founder & leader of Open Innovation Lab of Norway. Listen in for insights into the innovation ecosystem in Norway and how organizations must keep up with the fast pace of global innovation.
20 min read
Government
Safety Standards for Personal Protective Equipment
PPE is critical for the safety of workers in many fields and industries, but what are the standards for adequate protective clothing, how are they developed, and how they are used?
3 min read