When it comes to meeting our energy needs, it is no secret that solar energy is considered the most promising alternative to fossil fuels and coal. Not only is it abundant and renewable, in the past few decades, it has overcome many key barriers that have been prevented it from large-scale commercial adoption. The first is efficiency, which has been boosted by augmenting solar panels with everything from specialized coating to nanomaterials.

But just as important has been the barrier associated with costs. Up until recently, the cost of manufacturing and installing silicon solar cells has been prohibitive, at least when compared to traditional non-renewable energy sources. In what is known as "Swanson's Law", the cost per watt has been dropping exponentially with each passing year - going from $76.67/watt in 1977 to just $0.613/watt by 2014.

But it gets even better. According to a recent report by the German-based think tank Agora Energiewende, the declining cost of solar will make it the cheapest source of electricity in just 10 years’ time. Even in conservative scenarios, the report indicates that the price of solar will dip below heavily-subsidized sources of energy (like fossil fuels) in many parts of the world by 2025. 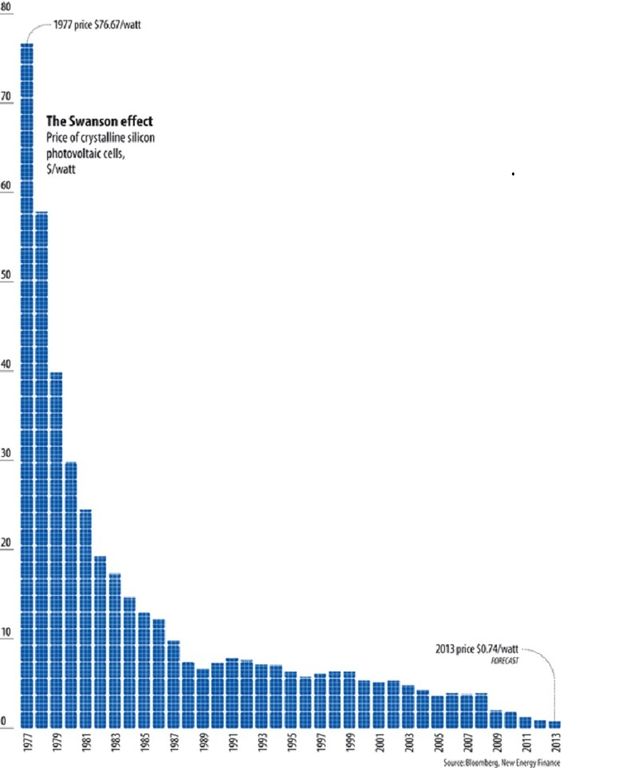 Dr. Patrick Graichen, the current CEO of Agora Energiewende and former head of the Division for Energy and Climate Policy at the German Federal Environment Ministry, claimed that the falling prices are being driven by several factors. One of which is the construction of cheap modules and large scale solar production in China. However, irrespective of local conditions, the trend in dropping prices is expected to continue.

The report was commissioned as part of an effort to move Germany towards 80% renewable energy. In the past few years, the country has been conducing a extensive programme on photovoltaics, which has led to roughly 40GW worth of electricity being produced.

"That is still only 6 per cent of our electricity production," said Graichen, "but still it is already 6 per cent, and we've seen how that already impacts on our electricity system in the sense that we don't need peak power of gas-fired power plants in the summer anymore."

Beyond Germany, the trend in solar becoming both competitive and lucrative compared to non-renewables is clear. In 2013, in countries like Italy and Spain, commercial solar power cost the same to produce as other sources of electricity. The same thing is expected to happen very soon in for countries like Mexico and France. 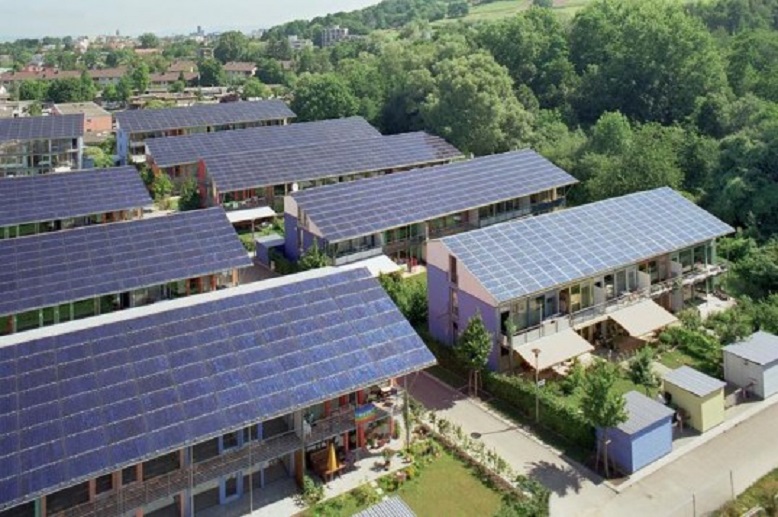 Germany's solar programme has led to the installation of 40GW worth of solar power production. Credit; inhabitat.com

Meanwhile, rapidly-industrializing nations like India and China are also taking the helm to adopt photovoltaics to meet their growing energy needs. India plans to install 100GW capacity of solar power by 2022, while China aims to achieve 100GW of solar power capacity by 2020.

Given that global electricity generation is forecast to grow by 67% - from 22,126 terawatt-hour in 2011 to 37,000 in 2030 - knowing that an increasing amount will be coming from clean, renewable sources is certainly good news.

But beyond environmental concerns, it is also good news for those concerned about "energy independence" and the current imbalance caused by global dependence on oil. As it stands, this dependence has not only led to a tenuous geopolitical balance, but also a situation where conflicts in OPEC nations, and speculation by financial firms in developed nations, lead to sudden spikes in the price of energy.

There is also the benefits for public health, which is a major concern in industrialized nations like China, where an estimated 350,000 to 500,000 people die every year from air pollution. By ensuring that more of our energy comes from sustainable means that is generated at home, we would be making the nations of the world more energy independent while also fostering healthier living environments. 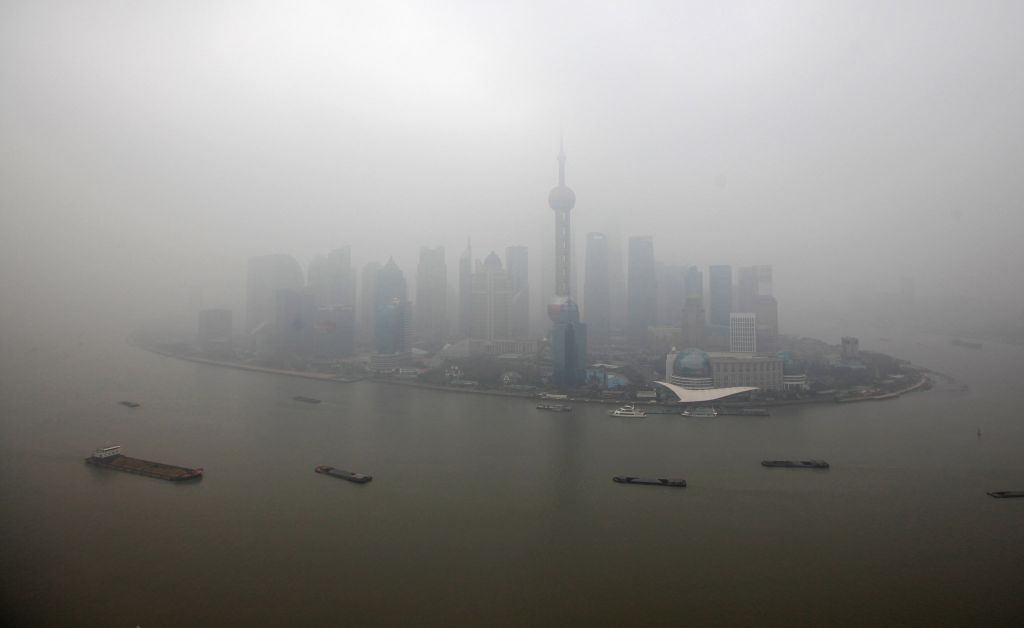 On top of that, oil is a heavily-subsidized business. According to a 2013 report by the Overseas Development Institute, public subsidies for fossil fuels totaled $523 billion in 2011, which was six times the level of support for the renewable energy industry. However, an International Monetary Fund report issued the same year indicated that by factoring in the true cost of carbon emissions, global subsidies were actually equal to $1.9 trillion.

Knowing that solar will be cheaper than oil and coal will mean that there will no longer be any excuse against investment. This was another aspect of the Agora Energiewende report, which indicated that stable regulatory and financial conditions will be needed to keep the cost of finance down and the price of solar low.

And of course, Graichen also indicated that further refinements in the technology are being counted on, which include further efficiency boosts. "The technology still has further improvements so we expect that within the next 10 years photovoltaics will become, in many regions of the world, the cheapest source of electricity," he said, but adding: "The finding is there's no end to the cost decline in photovoltaics."

In short, in the coming years, alternative energy may no longer be so "alternative".

New Partnership Boosts Crowd-Powered Fact Checking Challenge
join 70973 innovators
Get exclusive access to the latest crowdsourcing insights, inspiration and challenges from HeroX
HeroX Tips: Formulating Your Prize
Determining the award for your crowdsourcing project can be a bit overwhelming! Thankfully, HeroX is here to help! First, start by estimating how muc…
1 min read
Non-Profit & Social Impact
lululemon announces the Healthier Community Challenge on HeroX
What if you could experience an environment that improved your well-being just by spending time in it? What would this look like to you? lululemon is…
1 min read
HeroX Tips: Your Crowdsourcing Timeline
Why is the challenge timeline important in crowdsourcing, when is it best to launch a challenge, what are the milestones that determine how long the project should run. All that and more tips and tricks that will help you launch a great crowdsourcing project or challenge, read inside.
1 min read
newsletter
Get exclusive access to the latest crowdsourcing insights, inspiration and challenges from HeroX
Do you have an idea for an article or story?
Contact Us
We were able to work with HeroX to draft challenge guidelines, promote the challenge to a targeted audience of interested parties, and ultimately draw a crowd of innovators from across the globe to submit proposals to address our challenge. We were quite satisfied with the number and diversity of both individuals and proposals that the challenge drew.