One of the greatest challenges of modern medicine is developing the necessary tools to make smarter and faster diagnoses, while at the same time being more cost-effective. As the largest segment of our population moves towards its retirement and budgets continue to shrink, the health care is best by the duel challenges of having to be more personalized while at the same time being more affordable.

Luckily, the explosive growth in recent years of wireless communications, digital technology, and wearable devices has made technology-driven solutions truly possible. A chief aspect of this is sensing technology - i.e. digital hardware and software that can monitor a person's health in real-time, trasmit it to a database, and allow for individual monitoring or sharing with health care professionals.

Hence why Nokia and the X Prize Foundation came together to create the the Nokia Sensing XCHALLENGE. Founded in 2012, this $2.25 million global competition was created to accelerate the development of hardware sensors and software sensing technology that individuals could use to access, understand, and improve their health and well-being.

In addition to addressing shrinking health care budgets, the Challenge also takes into account the growing need for medicine that is quick and readily available. At present, hospital machinery and laboratory tests are the primary means of obtaining medical information that could mean the difference between life and death. The process for obtaining this information is often very time-consuming, and always expensive.

Far worse is the situation in the developing world, where access to these sorts of tests and machinery is often very limited. Hence why personal sensors are seen as a viable solution. Aside from being portable and cheap by comparison, fitness sensors - such Apple Health, Google Fit, and the Jawbone UP - have already been shown to be very effective for obtaining body metrics and monitoring health in real-time.

In addition, computers and metadata-mining algorithms have been used for decades by NGOs and public health agencies to track the spread of epidemics and to make predictions about the appearance of diseases. Combining the two, and creating proprietary software that can make the information available at a glance on a smartphone, tablet or display device, is just the next logical step. 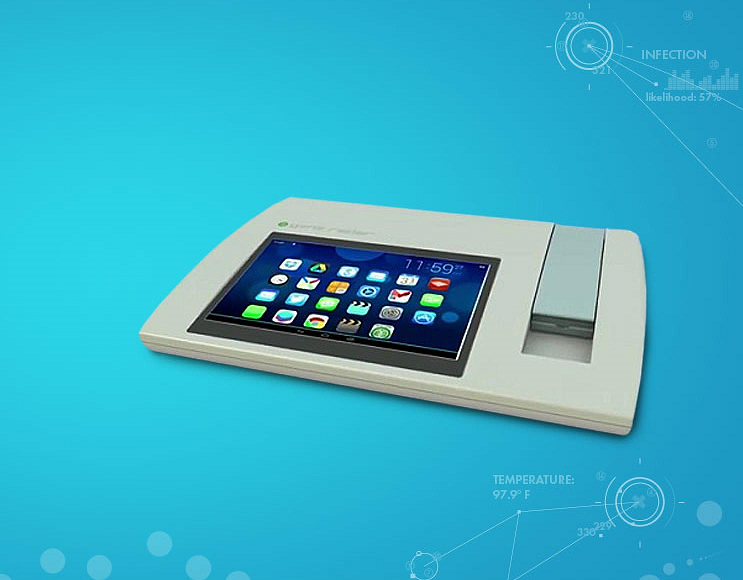 Towards this end, the Nokia Sensing XChallenge has teamed up with leading companies, startups and labs and is focused on the development of microelectrical mechanical systems (MEMS), imaging, and microfluidic and nanofluidic lab-on-a-chip systems that are small, accessible, and readily available.

These systems must also be able to inferface with devices, cloud computing, and must allow for real-time monitoring, peer support, and social networking. Also, the Challenge is focused on the development of machine-learning algorithms that can interpret the data and offer diagnostic and predictive abilities.

The Challenge was divided into two competitions with a prize purse of $1.125 million was made available for each. This  consisted of two $525,000 Grand Prizes, and as well as up to five Distinguished Awards of $120,000. A total of 33 teams took part, representing companies, startups, and research labs from the US, UK, Japan, Israel, Switzerland and France.

Twelve teams took part in the first competition, which ran from August 2012 to November 2013, while the remaining eleven competed in the second, which ran from June to November 2014. The Grand Prize for the first competition went to Nanobiosym - a Boston-based research incubator, biomedical and nanotechnology institute - for their Health Radar system.

The system uses a nanochip that can analyze a drop of blood, saliva or other bodily fluid without the need of electricity or running water - making it ideal for use in developing countries. The chip is then inserted into a mobile device, which detects the presence or absence of a disease’s pathogen in less than an hour, with the same accuracy as a diagnostic lab.

The Grand Prize for the second competition went to the DNA Medical Insitite (DMI), a medical research company (also from Boston) for their Reusable Handheld Electrolyte and Lab Technology for Humans (rHealth) system. Much like the Health Radar, the system requires the patient to provide just a single drop of blood, which is then mixed with nanoscale test strips and streamed past lasers to process its for signs of disease or pathogens. 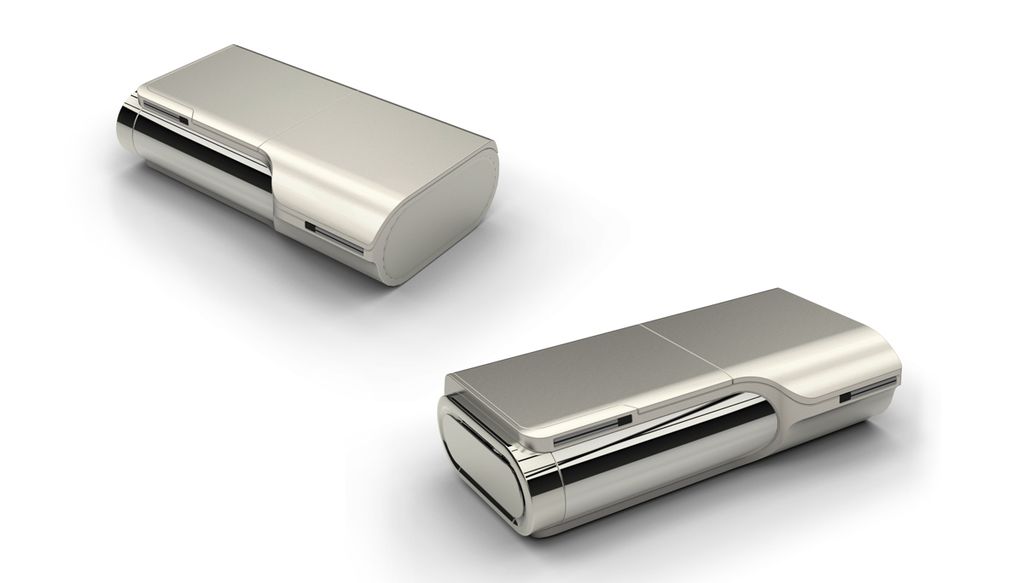 It comes accompanied by a wearable patch which is worn to monitor vital signs, such as breathing and heart rate, sharing data over Bluetooth with either the device or the user's smartphone. DMI has produced two other diagnostics instruments under the rHealth label, which were developed in collaboration with NASA for use by astronauts. One of these designs (the rHealth X1, shown above) is also a finalist for the Qualcomm Tricorder X Prize.

Also, the Swiss team Biovotion recieved a Distinguished Award for their Vital Sign Monitoring (VSM) system, a wearable computer that monitors vital signs - such heart rate and breathing - and is supported by integrated cloud services for data exchange and analysis. And then there is the Eigen Lifescience team from Stanford University, creators of a low-cost, portable device that is capable of testing for Hepatitis B in less than 10 minutes.

Without a doubt, the Nokia Sensing XChallenge accomplished what it set out to do two years ago - to encourage research groups from around the world to submit groundbreaking technologies that could improve access to health care. In the coming years, it is entirely possible that further challenges will be mounted, focusing perhaps on developments in nanotechnology, biotechnology, and embedded health sensors that track your health from inside your body.

And be sure to watch these promotional videos from the XPrize that showcase the winning team's concepts:

more like this
HEALTHCARE TECHNOLOGY
comments
most popular
Healthcare
How to Poop In Outer Space
Non-Profit & Social Impact
All Charities Should (Ultimately) Self-Destruct
Healthcare
NASA Launches the Space Poop Challenge
Government
Embrace the Chaos: Designing for an Antifragile Future
New Partnership Boosts Crowd-Powered Fact Checking Challenge
join 87909 innovators
Get exclusive access to the latest crowdsourcing insights, inspiration and challenges from HeroX
Non-Profit & Social Impact
Why Crowds and Prize Challenges are the Solution to Sustainability
Forward looking corporations are already embracing crowdsourcing and prize challenges. Boeing, Unilever, Samsung, Starbucks and NASA are just a few examples. If several million people can be nudged to make a small positive change, the outcomes can be world changing.
4 min read
The Definitive Definition of Crowdsourcing
Things are changing so rapidly between innovation, social changes, and economic pressure. But while crowdsourcing is evolving there can be only one definitive definition for what exactly is the world of crowdsourcing. And how can this open-source approach to ideas help your business.
3 min read
How to Make Open Innovation Work for You
Open innovation isn’t as simple as posting a question on your company’s Facebook page and hoping for the best. Instead, it takes careful consideration to devise an open innovation approach that works for your company. This guide will help you strategize so you can get the results you’re looking for.
4 min read
newsletter
Get exclusive access to the latest crowdsourcing insights, inspiration and challenges from HeroX
Do you have an idea for an article or story?
Contact Us
HeroX was a fantastic partner, providing not only a user-friendly online platform but also outstanding expertise and guidance in designing and executing our inaugural Echovation Challenge.

- Robin Wiegerink, CEO of the American Society of Echocardiography.
about herox
community
support
HeroX © 2021
Thank You!
Your feedback is always welcome!