In the 20th century, space exploration was a privilege that no one outside of a few federal organizations could participate in. Between NASA, the Soviet Space Program, and the European Space Agency, there was little room for public input or involvement. The resources and financial burdens of sending humans into space was simply beyond anyone but the most well-financed government agencies. However, in an age of dwindling budgets, digital technology, and distributed systems, there are opportunities for public participation that simply weren't possible in the past.

Not only have numerous federal agencies been founded in the past few decades, private aerospace companies (a la Virgin Galactic, SpaceX, Arianespace, but to name a few) are taking part, and even private research labs and startups are offering their expertise like never before. Much of this has to do with the prevalence of inducement prizes. And when it comes to space exploration and aerospace, prizes like NASA's Centennial Challenge Program are especially renowned.

The Challenge began in earnest after 1999, when a National Academy of Engineering committee report recommended that federal agencies experiment more extensively with public participation, and offer inducement prizes to see it through. A 2003 study was conducted by NASA Space Architect, along with assistance from the X Prize Foundation, and the program was launched two years later.

The prize contests are named "Centennial" in honor of the fact that it had been 100 years since the Wright brothers' had achieved their first flight. In keeping with the spirit of the Wright Brothers and other American innovators, the Centennial Challenge prizes are offered to independent inventors including small businesses, student groups and individuals. 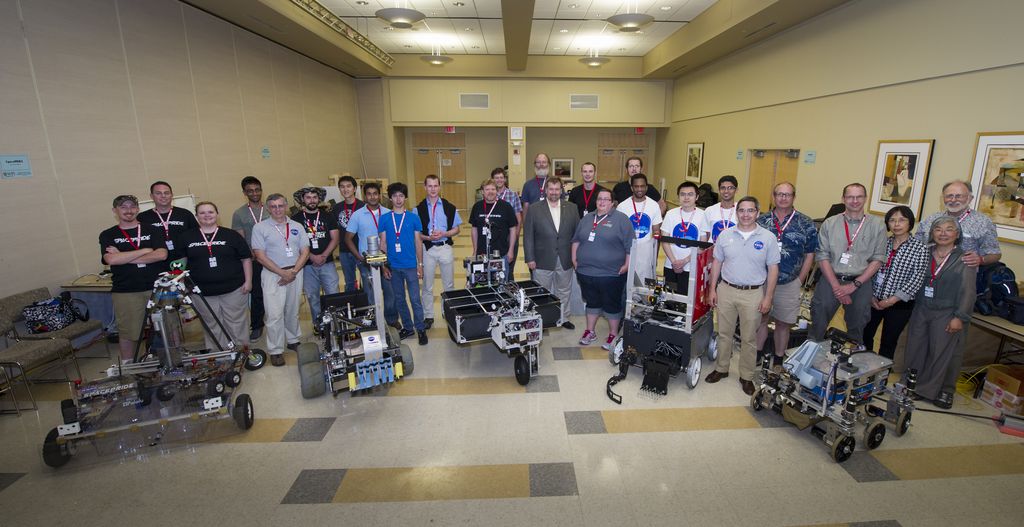 This year's competition is the continuation of the Sample Return Robot Centennial Challenge. Much as with previous years' competition, the Challenge aims to encourage inventors to create a an autonomous rough-terrain robot which can find and retrieve geologic samples. A prize of $1.5 million will be awarded to the team that creates a concept which demonstrate autonomous robotics and manipulator technology - locating and collecting samples from a wide and varied terrain, and operating without human control.

The first Sample Return Robot Challenge took place in June 16th, 2012 and was coordinated by NASA and the Worcester Polytechnic Institute (WPI) in Worcester, Massachusetts. During that first year, only one team passed weigh-in and inspection, and no teams have advanced beyond the first level since that time.  However, this is not uncommon with Centeniall Challenges, which often involve immensely complex tasks and obstacles. As such, it often takes a few years for teams to fine-tune their concepts and instruments before they can achieve success. And every year sees more participants, as well as returning teams looking to give it another shot.

The fourth annual competition, taking place this June at the WPI, will involve 18 teams, a combination of university groups, 17 of which are returning. While the majority are from the US - which include Intrepid Systems, the Oregon State University Mars Rover Team, and the UCSC Rover Team - an additional three teams are returning from abroad, including the University of Waterloo team (Waterloo, Canada), the private company Kuukulgur ("Lunar Rover) from Estonia, and team Lunamrobotics from the National Autonomous University of Mexico in Mexico City. 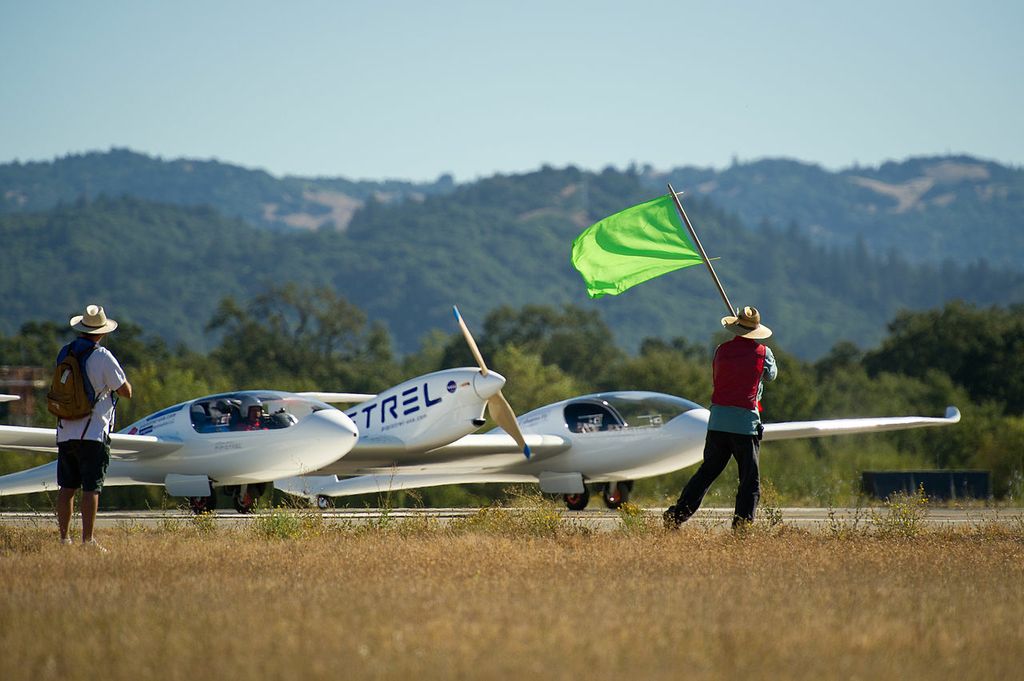 Other Centennial Challenges which have been completed include the Green Flight Challenge, a prize sponsored by Google to develop a plane that can fly 320 km (200 miles) in under two hours using the energy equivalent of a gallon of gasoline per passenger. The final competition took place between Sept 25th and Oct 1st in Santa Rosa, California; and the prize $1,650,was won by the Slovenian company Pipistrel for their self-launching two-seat microlight glider, the Pipistrel Taurus.

The Strong Tether and Power Beam Challenges are two other noteworthy examples, both of which were aimed at developing components that are crucial for the building of a Space Elevator. The former was aimed at the construction of super-strong tethers, a central component, but closed without declaring a winner. The latter Challenge aimed at the creation of "climbers" - i.e. podcars that climb the tether, transporting material and passengers into orbit.

Rather than having a self-contained power source, their power supply would be located on the ground and "beamed" to the cars. The last competition took place in 2009, where competitors drove their laser-powered devices up a cable one kilometer high, suspended from a helicopter. The prize of $900,000 dollars was won by LaserMotive LLC. 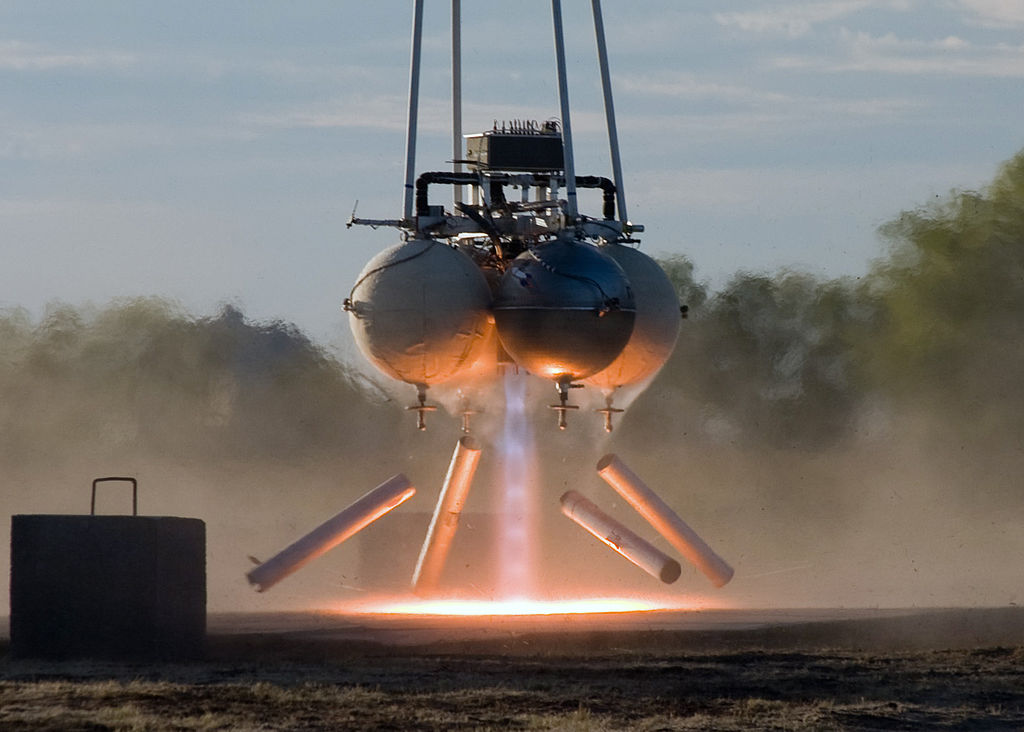 And then there was the Lunar Lander Challenge, a multi-level competition conducted by the X PRIZE Foundation with sponsorship from the Northrop Grumman Corporation. The competition offered a series of prizes for teams that launch a vertical takeoff/vertical landing (VTVL) rocket that would be capable of moving from the surface of the Moon to its orbit. The competition ran from 2006 to 2009, when the prize of was awarded to Masten Space Systems and Armadillo Aerospace for their Xoie and Pixel Landers.

Much like the Lunar X Prize, the ultimate goal of the NASA Centennial Challenge Program is to enlist the help of the public in getting back to the Moon. The momentous accomplishment of placing astronauts on the surface between 1969 and 1972, plus the many satellites and landers that were placed there during that same period, were the result of a Cold War-era effort between two superpowers and their respective space agencies.

Now, in the modern era, cooperative efforts that are reaching across national boundaries - and bring together the public and private spheres - seek to achieve the same thing, and with more lasting results.

Along with the DARPA Robotics Challenge, the DARPA Grand Challenge, the Longitude Prize, the Ansari X Prize, and a host of others, the NASA Centennial Challenge Program also represents a paradigm shift towards a culture of experimentation that embraces ideas that might otherwise be neglected by traditional government contractors and federal agencies. And the Moon is really just the beginning. Looking farther afield, there is also Mars, the Asteroid Belt, Europa, and the universe at large!

Be sure to check out this promotional video of the NASA 2014 Sample Return Robot Challenge:

more like this
comments
most popular
Healthcare
How to Poop In Outer Space
Non-Profit & Social Impact
Nonprofit Innovation: All Charities Should (Ultimately) Self-Destruct
Healthcare
NASA Launches the Space Poop Challenge
Government
Embrace the Chaos: Designing for an Antifragile Future
New Partnership Boosts Crowd-Powered Fact Checking Challenge
Hear about new challenges first by signing up to our newsletter
Optimizing Return On Innovation with 100%Open
David Simoes-Brown @deeyesbee, CEO of @100open on using crowds to reach net-zero goals, how to optimize (and measure) innovation ROI, global innovation trends in open procurement and supply chains, and how innovation is handled in a variety of different industries.
24 min read
Technology
Innovation Heroes: Adapt Or Be Left Behind: How Norway Is Changing Through Innovation
Innovation Heroes ep.2 with Adam Olsen and Truls Berg, Founder & leader of Open Innovation Lab of Norway. Listen in for insights into the innovation ecosystem in Norway and how organizations must keep up with the fast pace of global innovation.
20 min read
Government
Safety Standards for Personal Protective Equipment
PPE is critical for the safety of workers in many fields and industries, but what are the standards for adequate protective clothing, how are they developed, and how they are used?
3 min read