During the 1980s, Professor Hans Moravec articulated a problem that he believed existed within the field of robotics and computing. The way he saw it, computers could be made to achieve high-level reasoning without much trouble or computation. Low-level sensorimotor skills, on the other hand, were the real challenge - skills that would require enormous computational resources to achieve.

Or as he put it in his book Mind Children (1988): "it is comparatively easy to make computers exhibit adult level performance on intelligence tests or playing checkers, and difficult or impossible to give them the skills of a one-year-old when it comes to perception and mobility."

This problem, known as Moravec's paradox, aptly describes the gap we see in robotics today. Whereas supercomputers are increasingly becoming the norm - i.e. IBM's Watson, Blue Gene, and Titan - today's robots are still rather clumsy and delicate compared to humans. And considering that robots are increasingly being looked to to deal with dirty, dangerous and dreary situations that human beings cannot (or can't be bothered to) deal with, this needs to change.

Towards this end, the Defense Advanced Research Projects Agency (DARPA) has been holding an event where robots undergo a series of trials that test their ability to navigate disaster areas and perform tasks with specialized tools. Known as the DARPA Robotics Challenge (DRC), this competition pits various robot systems and software teams from around the world against each other in a bid to develop robots capable of assisting humans in responding to natural and man-made disasters. 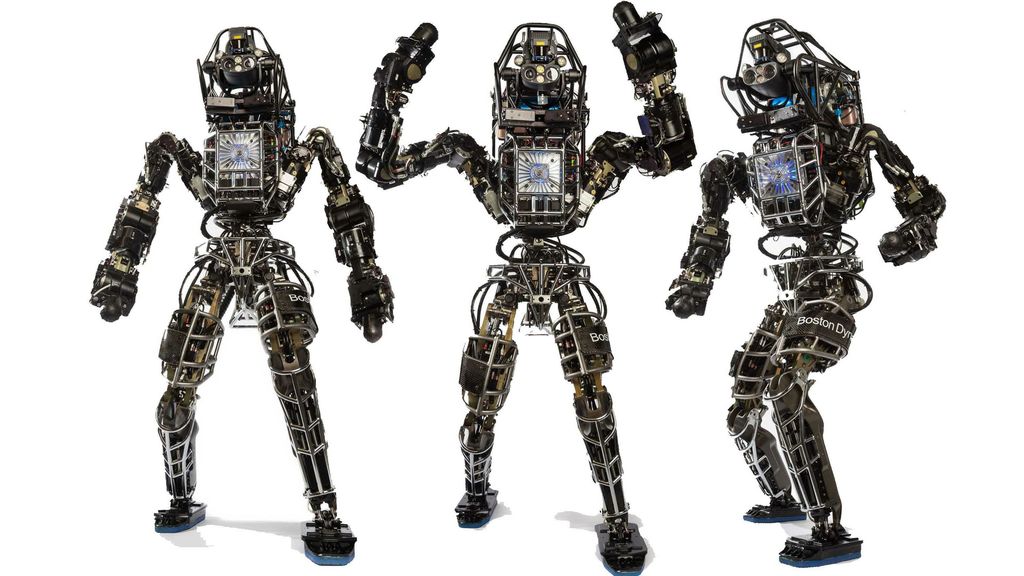 This competition was first announced back in 2012, and over 30 teams assembled to compete in the DRC Trials between December 20th and 21st, 2013 in Florida. At this event, robots were required to make their way through obstacle courses and pass skill-testing scenarios. These included driving a utility vehicle at the site, traveling dismounted across rubble, removing debris from an entryway, opening a door and entering a building, climbing an industrial ladder and traversing and industrial walkway, using a tool to break through a concrete panel, locating and closing a valve near a leaking pipe, and connecting a fire hose to a standpipe and turn on a valve.

The Finals, which will involve 11 teams from all over the world - including Team MIT, NASA's Robosimian and Surrogate, Lockheed Martin's Team Trooper, and Team KAIST from South Korea's Daejeon Metro City - will be taking place between June 5th and 6th at the Fairplex in Pomona, California. Additional teams sponsored by the EU, Japan and South Korea are expected to enter the DRC Finals competition before it officially kicks off.

For the Finals competition, teams will be expected to compete in scenarios similar to what happened at the Trials. However, a number of new elements will be added to challenge the various teams and their designs. For instance, the robots are no longer allowed to be connected to power cords, fall arrestors, or wired communication tethers; humans will not be allowed to physically intervene if their robot falls or gets stuck; speed will more heavily weighed in scoring and test will need to be completed in less time (one hour instead of four); and communications will be further degraded and intermittent.

In short, the Finals will test the absolute limits of the robots' ability to function on their own and without human assistance, and will make room for unexpected interference and connectivity issues. And the team that demonstrates the best human-supervised robot technology for disaster response will be taking home the $2 million prize. 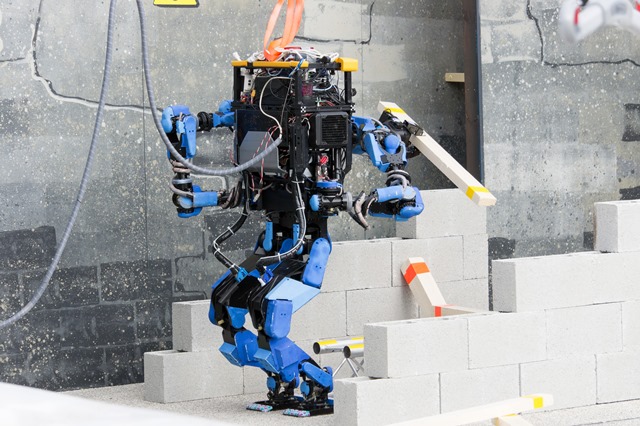 Back in June, Dr. Gill Pratt, the DRC program manager had this to say of the impending Finals:

“Six months ago at the DRC Trials, we began physically testing human-supervised robots against disaster-relevant tasks. Their impressive performance gave us the confidence to raise the bar. A year from now at the DRC Finals we will push the technology even further... For the first time, teams will be empowered to exploit cloud and crowd-augmented robotics, two highly promising research areas that allow onsite operators to leverage remote data, computing, and human resources, These research areas are in their infancy, but after the DRC Finals we hope to see significant innovation.”

Last year, Google’s Schaft humanoid robot took home the top prize after scoring 27 points out of a possible score of 32. IHMC Robotics, based in Florida, grabbed second place, while Carnegie Mellon University’s Team Tartan Rescue placed third. Built by a Japanese start-up – one of Google’s many recent acquisitions – the Schaft is an updated version of the Humanoid Robot Project robot (HRP-2), with hardware and software modifications that include more powerful actuators, a walking/stabilization system, and a capacitor instead of a battery.

Over the course of the trials, the bipedal robot was able to bring stable walking and significant torque power to the fore as it opened doors, wielded hoses, and cut away part of a wall. However, team Schaft lost points when a gust of wind blew a door out of the robot’s hand and the robot was unable to exit a vehicle after navigated a driving course successfully.

At the other end of the spectrum was the Johnson Space Center’s Valkyrie, a biped, anthropomorphic robot that honestly looks like something out of anime or Tony Stark’s lab. This latter aspect is due largely to the fact that it has a glowing chest light, though the builders claim that it’s just a bulge to make room in the torso for linear actuators to move the waist. Officially designated “R5″ by NASA, Val was designed to be a high-powered rescue robot, capable of traversing uneven terrain, climbing ladders, using tools, and even driving. 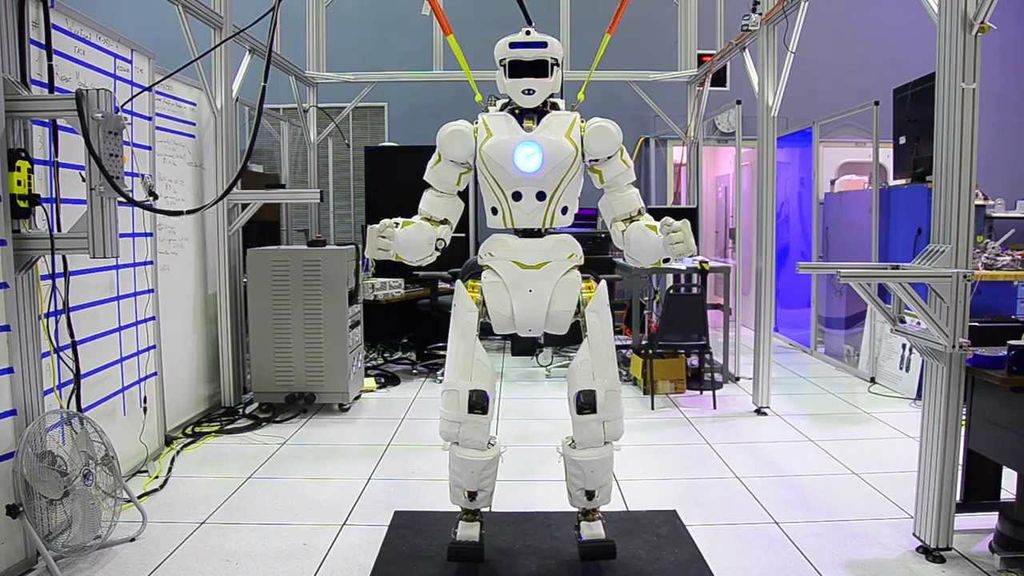 According to the designers, the Valkyrie was designed to be human in form because: "a human form makes sense because we’re humans, and these robots will be doing the jobs that we don’t want to be doing because they’re too dangerous. To that end, Valkyrie has seven degree of freedom arms with actuated wrists and hands, each with three fingers and a thumb. It has a head that can tilt and swivel, a waist that can rotate, and six degree of freedom legs complete with feet equipped with six-axis force-torque sensors."

Unfortunately, the robot failed at Trials last year, scoring 0 points and placing amongst the last three competitors. Luckily, NASA is still in the running thanks to their Robosimian and Surrogate robots. The former, as the name would suggest, was designed with the physical abilities of a simian in mind; the ability to get around on all fours, and use all four limbs as legs and grippers. Surrogate, in contrast, has a twisted spine that connects a set of arms to a wheeled base, and is designed for fast transit and getting into difficult spaces.

Another major contender at the Trials was the Atlas Robot, the humanoid machine created by the robotics company Boston Dynamics. This company, which was acquired by Google last year, is also responsible for the development of the Cheetah robot, the Legged Squad Support System (LS3), Big Dog, RiSe, and Petman. Unfortunately, and despite its anthropogenic appeal, Atlas did not make it to the Finals either.

Still, amongst the remaining 11 teams and robotic systems, there are plenty of interesting designs that are most adept at handling hazardous situations and performing tasks that could mean the difference between life and death for many. 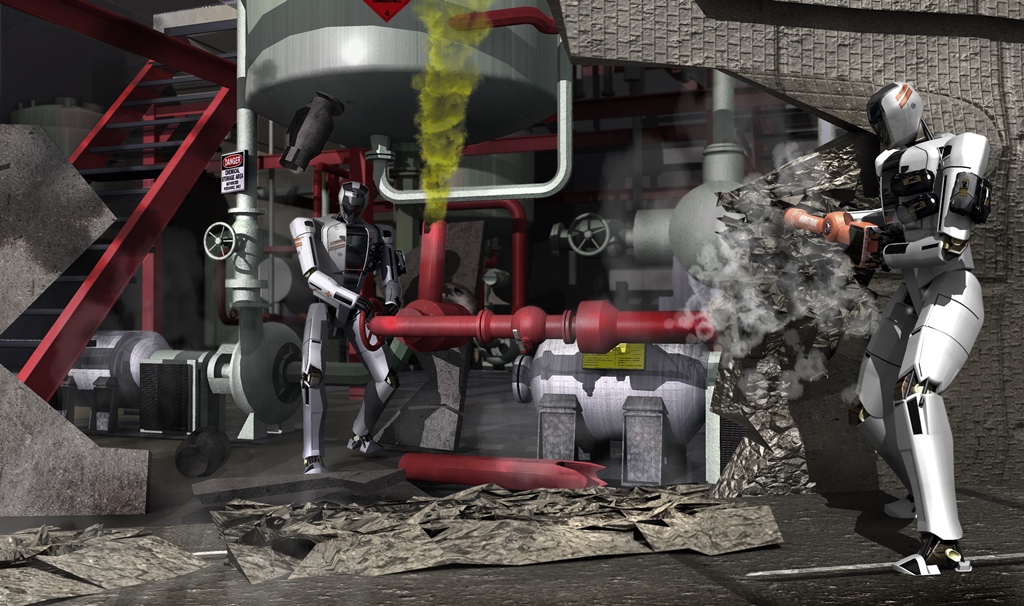 DARPA says that the point of the competition is to provide a baseline from which to develop robotics for disaster response. Events such as the 2011 Fukushima nuclear disaster, which not only damaged the reactors but made it impossible for crews to respond in time, demonstrate that robots have a potential role to play. DARPA believes that robots that could have navigated the ruins and worked in the radioactive environments would have been of great help.

The problem is that current robots simply aren’t up to task. Specialized robots can’t be built to deal with the unpredictable, full telepresence control is neither practical nor desirable, and most robots tend to be a bit on the delicate side. What’s needed is a robot that can work on its own, use the tools and vehicles at hand, deal with the unpredictable, and is durable and agile enough to operate in the ruins of a building or a rubble-strewn environment.

If there’s one thing the challenge has demonstrated so far it is that anthropomorphic designs may not be the most well-suited to the task of handling disaster response. Somehow, the human form seems cumbersome and unreliable when powered by actuators and batteries rather than flesh and blood. An ironic outcome, considering that one of the aims of the challenge is to develop robots capable of performing human tasks, but under conditions considered unsafe for humans.

But until such time as robots can be designed to mimic human biology, and not just their form and function, those most suited to the task of replacing us may have to look nothing like us. And as always, the top prize seems to go to those who can think outside the box!

In the meantime, enjoy these videos of some of the most noteworthy contenders, plus some footage of the robots that made it to the Finals:

Footage of the DRC Finalists: