I'm just providing some constructive criticism here, in the hope this will be used to better run competitions in the future.

The 2017 Visioneering competition seems to have been well thought out and planned with the requirement of a visa. I can see that that was not the case this year though.

More detailed pre-planning could have avoided that confusing situation. Even if the management team hadn't noticed it, someone from the Xprize team internally could have, so please don't blame this on any one actor or team.

Secondly, another major pitfall is that the team failed to anticipate the overwhelming response to this competition, they made the right move in increasing the semi-final winning pool, but yet there still seems to have been a lot of difficulties in picking a winner due to limited winning slots. They could have updated it further by including another quarter-final round prior to the hackathon or even a round 2 hackathon now, to further give deserving prizes a chance.

There might have been designs that would have had a tremendous industry-wide impact if they had been realized judging by the indecision most of the judges felt. A simple search operator on Youtube like so: https://www.youtube.com/results?search_query=xprize%2C+month gives you almost all the video submissions, so naturally would also suggest making videos unlisted.

The really good designs that were filtered out due to lack of winning slots could at least be given a fighting chance with a remote presentation at the hackathon via an on-site representative. This is serious business peeps, we're trying to change the world, most of us just lack the resources to help. Only if this can be catalyzed and the rest of the submissions that almost made it, given a fighting chance in some sort of wildcard round irrespective of challenge area. Xprize would probably have lost the chance to disrupt huge avenues if these prizes had the potential but were just snuffed out.

I hope Xprize takes this feedback seriously and implements it, since the internet is bringing in much more people and connecting us like never before as Peter had stated recently in his blog, we're inching closer to the steeper sections of the exponential gradually! It's time to scale up! Best wishes!
2 Replies
reply 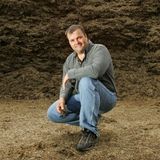 Christopher Bush Aug. 1, 2018 11:22 a.m. PDT
FWIW, and simply as another competitor (that did not win this time), it is really easy to have all the answers when sitting in our armchairs. Lets not lose sight of the fact that XPRIZE is making the impossible possible. I won the HeroX for Visioneers last year, and served on a team outside of my core competency because I wanted to learn, and really understand the organization. I, like many others, was super disappointed when my submission was not selected this year, but I knew going in that I had low likeliness because I did not give them what they asked for. I have been working on the Future of Food for more than a decade, coming in from the back door... (Watch my TEDx, Poop Soup and the Inevitable Global Movement) I have a knowledge base of what we are up against, and that the road ahead will be radically disruptive. Last year it was only open to North America, and this year they opened it up as much as they could and still work on the insane tight timelines, and they have taken a lot of criticism for it. No one, not even XPRIZE can be all things to all people, and make everyone happy. Every dog has it's fleas. https://www.youtube.com/watch?v=dKvRyI8o5xA
reply

Ronnie Aug. 1, 2018 2:47 p.m. PDT
IIRC, contestants only needed to have a work visa, not necessarily restricted to North America, it was a reasonable rule as they had to closely work with Xprize there. Btw, just throwing out some suggestions and feedback the Xprize teams's way, that's all. So, they can learn from this exponential growth from last year. It's nice to see that they're themselves getting disrupted by their own ideas!
Post Your Reply
We've successfully collaborated winning and fulfilling on NASA contracts through their Center of Excellence for Collaborative Innovation. HeroX is positioned as the social network for innovation and therefore has a broader and more uncredentialed crowd, which pairs well with our Topcoder crowd of experts in development and design. Their team is great to work with, we've had the pleasure of hosting webinars and other joint initiatives.