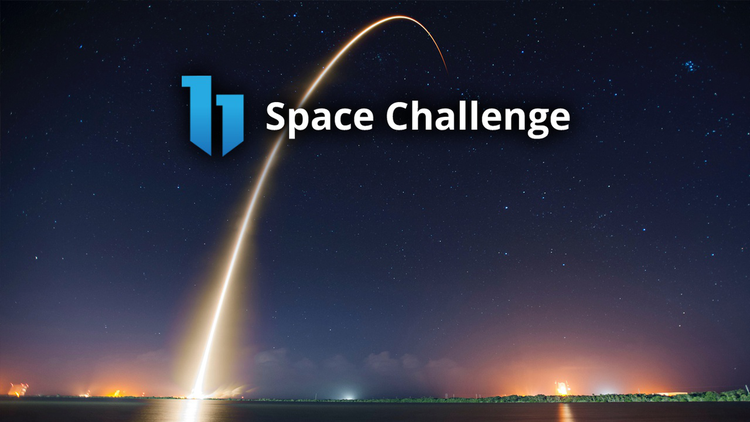 Are you ready to launch to space?

The Base 11 Space Challenge is a $1M + prize for a student-led team to design, build and launch a liquid-propelled, single stage rocket to an altitude of 100 kilometers (the Karman Line) by December 30, 2021.

The future of the economy resides in space and other science, technology, engineering, and mathematics (STEM) sectors.  Indeed, the global space industry is projected to top $3 trillion dollars in the next 30 years, and the White House has re-launched the National Space Council to help accelerate commercial space exploration.  Many posit that efficient and affordable space travel is essential to the human race. But the number one resource needed to support the space industry is human capital. The current aerospace talent pipeline is in crisis.

We want to dramatically increase and empower the STEM talent in the United States, and we believe you are the solution.

The Base 11 Space Challenge will motivate universities to bolster their rocketry programs and to empower students to learn far more than the theory of liquid propulsion systems by providing access to critical resources and to world-class experts.  Students will acquire expertise in rocket safety, learn how to navigate flight regulations, and develop the essential skills of teamwork and innovation that are most in demand by forward-looking companies like SpaceX, Blue Origin, Google, Virgin Galactic, Northrop Grumman, Lockheed Martin, Dassault Systèmes, and Boeing. Teams will be encouraged to conduct outreach and provide mentorship to community college and high school students to better develop the STEM talent pipeline that includes women and ethnicities traditionally underrepresented in STEM.

Base 11 has teamed with Dassault Systèmes, who will offer their 3D design and simulation software to university teams free of charge and will waive fees for student team members to earn industry-recognized SOLIDWORKS and Catia certifications.

* The Base 11 Space Challenge is sponsored by National Rocketry League, LLC, a subsidiary of Base 11.

Base 11 is a nonprofit workforce and entrepreneur development company on a mission to solve one of the country’s biggest problems: The growing science, technology, engineering and mathematics (STEM) talent crisis fueled by the underrepresentation of women and ethnic minorities. Together with our partners, we are leading the STEM Revolution.

Our most revolutionary idea is this: that by fostering collaboration between forward-looking industry veterans and passionate, persistent students from high schools and colleges, we can transform high-potential, low-resource college and high school students into the STEM talent that industry so desperately needs. And in the process, we can transform lives and build a sustainable middle class for ALL Americans.

So what are you waiting for? Join the STEM Revolution.

Creating and implementing a world-class safety protocol for liquid-fueled rocketry teams in universities across the US and Canada is a priority for the Base 11 Space Challenge.

Questions? Post them in the Forum or email them to 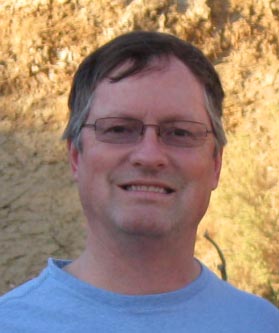 Mark Holthaus has worked as an electrical engineer in the aerospace industry since 1977.  His work experience includes:  electronic design, flight termination, reliability, and safety for military aircraft, hypersonic vehicles, space vehicles, and reusable launch vehicles. He has volunteered as a mentor to engineering students at California State University, Long Beach for 15 years.

Since 1995, Mark has been active in amateur rocketry, starting as a team member with the Spacefarer project, a proposed bipropellant liquid rocket designed to reach 60 miles. The Spacefarer held an amateur record of 120,000-lb-sec total-impulse for about 15 years.  By 1998, Mark received a license by the California State Fire Marshal’s Office as a Pyrotechnic Operator, Rockets – 1st Class.  This license enabled Mark to legally supervise and launch commercial and experimental rockets utilizing solid, liquid, and hybrid motors/engines in the state.

In 2003, Mark was part of a small group of rocket enthusiasts that formed the Friends of Amateur Rocketry (FAR).  Mark is both a director and treasurer of FAR.  FAR’s mission was established to support STEM education through static firing and launch of amateur rockets.  He is the lead pyrotechnic operator and head of safety for the FAR Site, which is a ten-acre test site in the Mojave Desert established by FAR, which has hosted many college and university student rocketry teams. 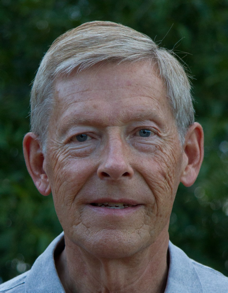 Dr. Bill Gutman has been the Director of Aerospace Operations for Spaceport America since October 2009, although his deep involvement with the project goes back to the mid 1990s through a technical support contract with New Mexico State University. As Director of Aerospace Operations, his major responsibilities are to oversee launches and flight safety, to maintain the FAA Launch Site Operator License, and to be the technical liaison with launch customers. He also has the honor of being the face of Spaceport America’s STEM outreach program. In that capacity, he tries and frequently succeeds at exciting the upcoming generation about STEM careers. He presents space demonstrations and videos to every sixth grade science class in the Las Cruces Public Schools as well as to many other school groups around New Mexico using both in-person and virtual methods.

Prior to joining the spaceport, Dr. Gutman was employed by the New Mexico State University Physical Science Laboratory and worked on a variety of projects. These included high power laser propagation research, development of optical instrumentation systems, and development of advanced sensor systems. Beginning in 1999, he participated in the development of the unmanned aircraft program at NMSU PSL. 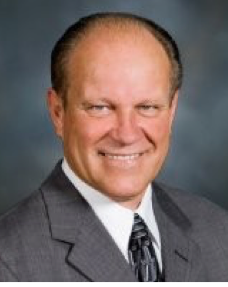 Jeff was employed by Rocketdyne from 1972 until he retired in 2015. As Vice President of Engineering, he was responsible for the technical excellence of diverse rocket propulsion, space and land power programs. Before that, Jeff served as Chief Engineer for Rocketdyne, Chief Engineer of the RS-68 Engine for the Boeing Delta IV program and Chief Engineer of the Linear Aerospike engine for the NASA/ Lockheed-Martin X-33 program. He also served as the Director of structural analysis, structural dynamics and aerothermodynamics for the Space Shuttle Main Engines. He is currently a technical consultant for Rocketdyne liquid rocket engine programs.

Jeff has a BS degree in Aerospace Engineering from California State Polytechnic University, Pomona and a Certificate in Program Management from West Coast University.

Jeff lives in Simi Valley with his wife Nancy. He decided he wanted to be a “rocket scientist” at the age of 7. As such, he is looking forward to becoming one of the first 1,000 people to enter space, aboard Virgin Galactic’s rocketplane in the near future. 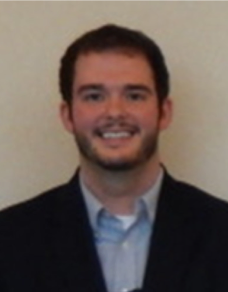 Michael is the Manager of Environmental Health and Safety (EHS) for the SpaceX rocket manufacturing campus located in Hawthorne, CA. Managing a team of EHS professionals, Michael oversees all aspects of EHS associated with SpaceX’s design, R&D, manufacturing, testing, and refurbishment of SpaceX launch vehicles and space crafts. Prior to joining SpaceX, Michael held a number of EHS management positions for Aleris International, an aluminum metal manufacturer servicing the aerospace and transportation market segments, and the Eaton Corporation, where he supported manufacturing operations in their Electrical, Aerospace, and Hydraulic business units. 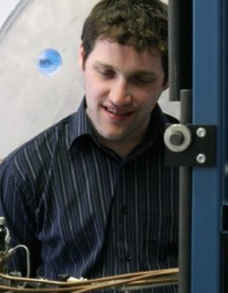 Adam Trumpour is a concept designer for Pratt & Whitney Canada, where he supports systems integration and mechanical design for a range of aircraft turbine engines and is involved in the research and development of experimental hardware. He is also a founding partner of Continuum Aerospace, a small company devoted to engineering consulting and developing innovative rocket propulsion systems for suborbital, micro-satellite and space tourism markets and has performed studies for the Canadian Space Agency. Adam previously volunteered with the DaVinci Project, a Toronto-based competitor in the XPRIZE, where he helped develop hybrid rocket propulsion systems. In his spare time, Adam participates in amateur rocketry activities focused on liquid propellant engines, mentors student rocketry teams, and works to advance the cause of entrepreneurial space and rocketry in Canada. He served as a technical advisor for the Base 11 Space Challenge.
Adam earned his Master of Applied Science in aerospace engineering from Ryerson University and his bachelor’s in engineering science from the University of Toronto.

Documents Sponsor Announcement
We were able to work with HeroX to draft challenge guidelines, promote the challenge to a targeted audience of interested parties, and ultimately draw a crowd of innovators from across the globe to submit proposals to address our challenge. We were quite satisfied with the number and diversity of both individuals and proposals that the challenge drew.