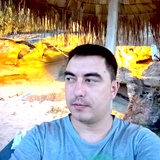 Fundamental flaws in the designs of the "Exploring Hell" competition winners?

Hello, recently I saw 'Meet the winners webinar' for NASA's 'Exploring Hell' challenge and I am disappointed by NASA's choice of winners as in my opinion the solutions that have been proposed are not addressing fundamental challenges that come with this project. In this short analysis presented in the PDF file from the link below, I will focus on the contest winner. The issues that his model struggles to address are the same as the issues of the rest of the awarded models. In the interest of brevity I will focus my attention only to his presentation, I hope it is clear that I have nothing personal against him or any of the contest winners - the project presents a great challenge and I commend them for their work. I do believe though that it's fair to point out the obvious flaws in the proposed solutions and to ask NASA for the reasons behind their decision. Not only because I've made simple and working solutions for these technical problems in my submission(MANTIS(Mechanically Analyzing Navigation and Terrain Inspection System)), but also because issues like these could cause the mission to fail.
Thank you for your consideration. 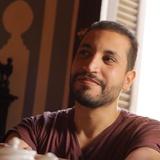 You seem to have missed the main requirement of the competition; the challenge called for a preliminary design, a proof of concept.
Organizers mentioned on several occasions that no matter how detailed the winning projects are, they shall be subjected to modifications, research and development later on by the engineers working on AREE at NASA JPL.
The challenge clearly asked for a creative solution that is practical and feasible, not a final detailed design.

Secondly, You mentioned that you’ve discovered fundamental flaws in the winning design, however going through your post I didn’t find that that’s true.

Concerning the visualizations of my project you attached in your PDF, there’s nothing misleading about it, they are exactly what they are, visualizations.
Drawings that are meant to demonstrate the idea and show how the system works.
The whole point is that the system utilize the extension of the arms to draw Bowden cables with enough force to trigger the stop pin when encountering a hole of a certain depth.
What matters here is not the exact accurate angles of the arms at the moment of trigger, it is that the weight of the detector and the force of the cables is more than enough to trigger the 25N stop pin with enough displacement within the required time. And that was proved through a kinematics analysis within the supplementary document of my submission.
It’s also important to note that one of the advantages of choosing a system that is dependent on Bowden cables is flexibility.
What that means is that the system can be adjusted to trigger at a certain chosen depth, not necessarily exactly 35 cm deep. The final exact depth that would trigger the stop pin can be varied if needed.

The rest of the PDF speaks about scenarios that would cause the system to trigger over false threats.
I’ll not get into details of how not very common those situations are, but yes, at some complicated scenarios the system may detect a false threat. Still, that can’t be described as a fundamental flaw. A fundamental flaw would be something like inability to detect a serious threat, or liability to get stuck, or durability and maintenance problems.
Yes, the challenge guidelines demanded that the sensor would ignore obstacles less than certain sizes but that doesn’t necessarily mean that it has to do that 100% of the time. And if another design is able to ignore all the false threats all the time, that doesn’t necessarily mean it is the best design overall.
In the end, occasional false alarms and changing of the rover path over false threats is not in anyway a threat to the mission.

Lastly, Let me point out something about the design process in general; there’s no such thing as a flawless design. Designing is all about compromises and priorities.
What’s even worse is that one may think he came up with a design that’s perfect at addressing a certain function, but misses that it’s overly complex or not sustainable or not feasible or not economic, ... etc.

When I was designing my project for this challenge, my goal was to devise a simple, practical and durable system that won’t jam and would work effectively in detecting serious threats while maintaining the restrictions and the dimensions required by the guidelines. I believe my design managed to accomplish that.

Thank you for confirming that your sensor can't handle some simple and common situations, that exists in almost every rocky planet, including Venus. Situations like climbing a rock, or ascending/descending a slope. You said these inabilities are not critical for the mission success and that your sensor is not going to lead the rover to 'stuck' during its journey on the surface of Venus. Also you said that the simple situations I've described in the pdf document are not very common. Just like you, I also won't get into details of actually how very common these situations are, instead I'm sending you a picture, that speaks a thousand words:

I hope the NASA engineers would find a way to tweak your system, so it can handle rocky desert terrain like the one on Venus, Mars, or other rocky planets, otherwise I guess the rover will stuck, circling around in a very small area, unable to climb some simple stones or slopes.
I also hope they won't use my solution to the problem without my permission. Not only because it is my invention, but also because it can be the missing essence for the mission success, because it is really simple, cheap and easy to implement and makes the whole system much more versatile and clever, than it is now.

And finally I hope to see what some real NASA JPL engineers are thinking about these fundamental flaws in the awarded design.
Modified on Sept. 4, 2020, 9:28 a.m. PDT
Tagged:

Jonathan Sauder
Post Your Reply
Our leadership team is thrilled with the results! We were able to successfully identify three winning solutions. The diversity of the innovators was so refreshing, we get how our solutions can literally live anywhere in the world.