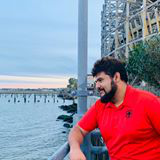 It says on the payload users guide that requirements for acoustic and shock testing will be released at a later time - I'm planning to run Mechanical FEAs on our payload and am wondering exactly what the shock and acoustic response requirements are?
reply
3 Replies Kyla Jeffrey HeroX team
@Tanek Ballachanda
Hi Tanek, I will do my best to get an answer to this question Monday morning from NASA. That said, it's possible they are not yet defined since they are not in the user's guide.

In the meantime (and if we are not able to respond prior to the submission deadline), I would suggest that you make a recommendation of what those requirements should entail if your submission is contingent upon knowing them.
Tagged:

Typically, the maximum loads encountered by a payload are during the launch phase of the mission. This would be a good assumption A good idea of the payload launch loads can be found in the users guides provided by the launch providers. An example can be found at this link: https://www.spaceflightnow.com/falcon9/001/f9guide.pdf

Remember NASA does not specify which launch vehicle that the CLPS providers should use. When performing your analysis also consider what factor of safety you want to use. Since these are intended to be relatively high risk missions the FoS can be a bit lower than some larger missions.
Tagged: 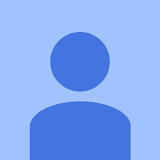