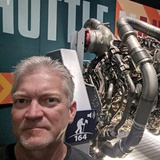 According to Payload Users Manual, Average radiative boundary conditions normal to faces of envelope, per the spacecraft reference frame has the coolest sides at 80 C which is pretty hot and the +Z surface at 120C… I am confused by the +Z being the hottest. If payload is bolted to top of Rover then +Z would be outer space facing and 120C reasonable, however if bolted on the bottom side which is what I had been assuming then the payload should be in the shadow of the rover and I would expect cooler but am I missing something like reflected heat from the surface?

Other Clarifications and Questions:
Will +Z be cooler than 80C if payload is under rover? Would be really useful if more information here.
Is there any thermal relief at the bottom side of the Rover, can we expect that it would be cooler here?
Do the rovers have their own passive cooling with multilayer insulation and is 80C still the resulting average temp on the cooler surfaces?
Is it reasonable to expect that the coolest temp a payload enclosure would be with passive thermal power dissipation is 80 C?
Any thoughts from JPL on achieving payload case temp lower than 80C if above true? This is a great question. +Z can be looking directly at the sun. You are correct that reflected and stored heat from the surface is a significant factor. Unfortunately with a moving rover, the shadow does not provide much relief. The rovers are likely to have passive cooling systems of different types. During the day at mid-latitudes, we really do expect the ambient to be near 80C.
Tagged: