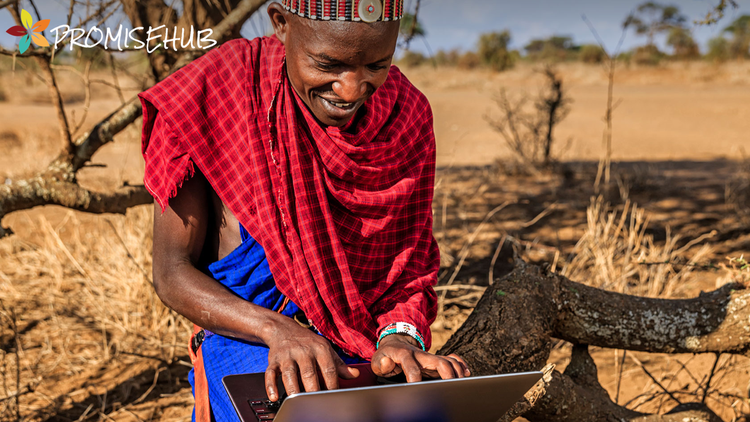 The world has long struggled with the dual curse of poverty and lack of education. These two problems underlay many of the greatest challenges of our time.

To make matters worse, opportunity and wealth are unevenly distributed, resulting in people attempting to move from areas of low opportunity to areas of high opportunity. Systems are strained to either support or prevent these migrations to opportunity.

Historically, attempts to mitigate these problems have come in the form of Aid Programs. These programs tend to be inefficient and offer little residual value to the populations that are served.

Devices, connectivity, and education are game-changing new opportunities to support global economic development – including migrants and refugees. Ambitious minds expect this global development by 2020 and foresee a dramatic, positive, change in the global economy

Our promise: Create 10 Million new digital entrepreneurs in underdeveloped regions of the world within the next 30 years.

Why we need you

We need you to design local Impact Hubs for digital business solutions. 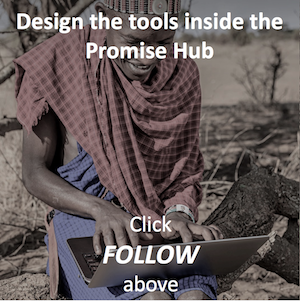 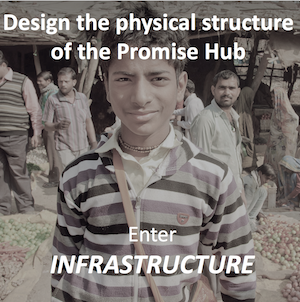 The “Rising Billions” is a term coined by Peter Diamandis that represents the efforts of four companies who are attempting to bring one megabit of bandwidth to every person on earth. The Rising Billions are a game-changing new opportunity aimed at solving this dual curse.

Currently, there are 65 million migrants and refugees challenging the global political systems.

Think of another 5 billion potential new migrants who have never purchased anything, uploaded anything and are mostly cut off from the abundance of the western world.

Through digital access, they suddenly come online and as we know people migrate to the promises of a better future and bandwidth alone is like pouring water out in front of a man dying of thirst.

We strongly believe that turning aid into opportunity is the catalyst to create a significant increase in local income.

We aim to migrate digital opportunities to people in need instead of migrating people to opportunity.

We have an unshakeable belief in the human spirit. We believe in the human ability to self-organize and thrive from emergent problem-solving.

We are about discovering and encouraging all talents within the population and discovering how the Promise Hub can turn digital opportunities to those talents. As well, funneling those with entrepreneurial talent within each area of endeavor and getting the tools, mentoring and money to create digital businesses that will employ others in the local community.

Our belief is that through utilizing access to the internet and providing tools and encouragement that the result will be exponential growth through entrepreneurism.

“...the democratization of entrepreneurship has never been more important. Only through knowledge sharing and crowdsourcing can we really attack our common challenges as a planet.” Jonathan Ortmans, President, Global Entrepreneurship Network

The Promise Hub is a platform researching, designing and providing digital tools, encouragement, and physical infrastructure to empower entrepreneurism to serve the Rising Billions. Independent working modules and self-organized learning environments aim to unlock potential to create local digital economies that provide a significant increase in local employment and average incomes. It will include encouragement, digital tools by partners and local staff as impact teams.

Challenge Closing: Thank you for your participation!

First of all, thank you so much to everyone who has followed the Human Potential Challenge: Tools, shared it with your friends and participated!

Unfortunately, none of the five entries submitted to this challenge were able to achieve our goal of creating the tools necessary to empower communities gaining access to the internet and we are closing the challenge.

While we were unable to accomplish the goal of the TOOLS challenge; we are extremely excited to announce George Bugan and Georgiana Oveza as the Grand Prize Winner of the INFRASTRUCTURE Challenge! You can view the winner's announcement here.

The Human Potential Challenges brought together an incredible community of changemakers and innovators. We are thrilled to be sharing this journey with you and please stay connected by following us on our Facebook page here. We have some exciting updates to come, including the announcement of our incredible Advisory Board, a vibrant curriculum, a redesign of our communication tools, a glance of our first location and local impact team. We are super happy about the great people who showed up at the exact right time to support the Promise Hub mission!

The best is yet to come: Welcome our awesome new judge Mike Zuckerman!!!

Mike creates spaces. He has designed everything from environmental nightclubs to a global network of [freespaces]. For the last 2 years Mike has turned his focus to the global human migration crisis where he has been setting up alternatives to traditional refugee camps where the refugees themselves take a leading role in their design and implementation, flipping the traditional humanitarian model.  As project manager for Elpida Home last year, Mike lead a team of volunteers, refugees and local Greek contractors to build a prototype camp that what was widely recognized as the most dignified living conditions for refugees in all of Greece. Since leaving Greece he has continued investigating refugee situations from integration in Europe to the protracted and new situations that exist in Uganda and Bangladesh. He looks at how the cutting edge thoughts on the future of education, work, governance, place making, blockchain and protests can be applied to advancing the cause of displaced peoples around the globe. Like many others, he believes that the current system of international aid is broken and we need to actively create many alternative prototypes... and fast. Mike sees refugee camps as the cities of the future where leapfrog urbanism is possible. In order for this vision to become a reality it will take all of us, refugees themselves and the general population, especially those who don't see themselves as traditional humanitarians. Together we will figure this out.

If you're still assembling your submission, you have exactly 8 hours left to complete it! Remember, if you're planning to submit today, be sure to get it in well before the  19:59 pm ET cut-off.

This is your official two-day reminder!

Please be sure to complete your submission form well before the exact cut-off time.

At exactly 19:59 pm ET, we can no longer accept new submissions!

Now is the time to speak up! Comment directly on this update with any questions about the submission process and we'll get back to you right away! 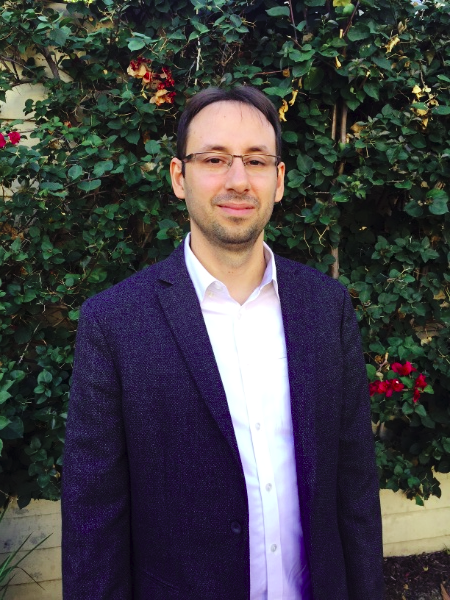 Until recently, John worked as Research Scientist at the NASA Quantum Artificial Intelligence Laboratory, where he contributed to advanced the emerging field of quantum machine learning, and as full-time professor and researcher in the Universidad de Cartagena, Colombia. John is currently working on a career transition towards contemplative science and on the creation of a foundation to promote education access and well-being.

John earned a PhD in Physics 2011 at the Politecnico di Torino, Italy, working at the interface of computer science and physics. He then joined the University of Manchester to apply physics techniques to problems in socio-economics and ecology. During this time he also did research on the foundations of quantum physics, which he continued at the Universidad de Cartagena, Colombia, and in his spare time. Only recently he has posted online a first preprint briefly summarizing some of the ideas. As part of the Diploma Programme of the Abdus Salam ICTP and the M.Sc. Program of the Universidad del Valle, Colombia, he worked on quantum game theory and on the decoherence of superconducting systems.

leave a comment
Forum 1 Community 85 Entries Resources FAQ Impact Teams
HeroX was a fantastic partner, providing not only a user-friendly online platform but also outstanding expertise and guidance in designing and executing our inaugural Echovation Challenge.

- Robin Wiegerink, CEO of the American Society of Echocardiography.
about herox
community
support
HeroX © 2019
Was this page helpful?
Thank You!
Your feedback is always welcome!