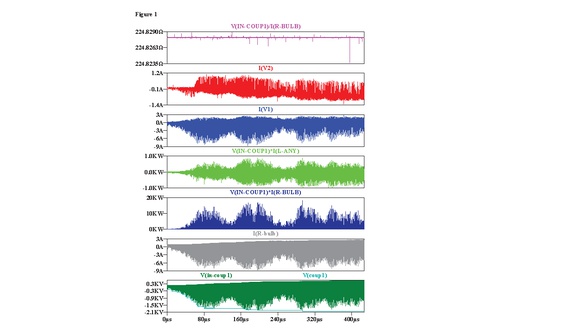 "A Renewable Energy Electric Power Source Device, may be used in physics and quantum mechanics experimentations, just as lasers are used.". "ELECTRON ENERGY RESEARCH", would be a diverse field of study, since in practice, it will include all other elementary particles making up known elements. The reason "ELECTRON ENERGY RESEARCH" is the highlighted field of study, is because the power source used in my experimentations, basically functions by the manipulation of electrons:

This experiment was done in reference of a YouTube video I watched of an Electrical Technician making a “20000 Watt” light bulb, light up ( “20000 Watt” Light Bulb ).

Output Specifications of the light bulb:

No other output example of the power source device will be posted. Figure 1 example is only posted for reference purposes concerning a working device, and it is not of any example of which amplitudes the device will use during other experimentations.

This particular device runs off of [] input of 2x1e^-19V (2 batteries, each of 1e^-19V). The batteries are not real batteries[] and are only used as demonstrations of the usage of free energy (Renewable Elementary/Particles Energy), used in powering the device or generating power for usage as a power source. The power source via the defined batteries, charges up, and comes ON after ~2.9316 Minutes, and stays on indefinitely[] until turned OFF. For this particular experiment, the throughput current of the power source is ~15A p-p, and for other experiments, the throughput current of the device can be as low as "300mA p-p".

Power source throughput current of "300mA p-p", a battery current of a few nanoamps, and a gain of very high useable wattage from a device. Those current values high, and especially low with a gain in high wattage generations by usage on different materials, is the stuff of needed experimentations in quantum mechanics.

My website. See Figure 8. “[The] stuff of needed experimentations…”; That [remains] certain, because no such power source exists anywhere on planet Earth. Please see the definition (My website) of "I" of Figure 8 concerning the battery name of the power source. The "I" is not a current source. The "I" isn't a definition of how easily high amplitude electrical energy can be generated by the usage of low current.