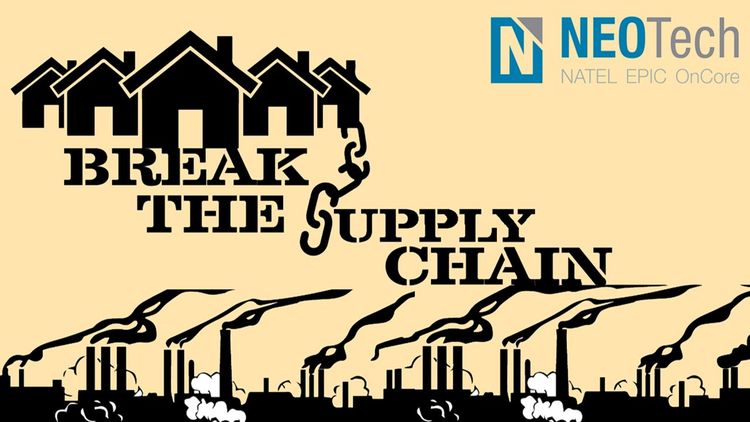 Since the Industrial Revolution, we have understood the factory-to-household supply chain to be the only system that can provide cheap, convenient consumables. This consolidated, closed production model has gone mostly unquestioned since its inception all the way through to our current globalized economy.

The hardware of our day-to-day functionality (cell phones, keyboards, headphones, tablets, you get it) has become as nearly as ubiquitous as clothing and shelter. Unlike clothes and shelter, DIY hardware production still remains mostly out of reach. Despite the innovations in 3D printing and widespread, constant consumer demand for these items, we continue to rely on a centralized distribution model: remote, consolidated manufacturing facilities are the sole origination point of most consumable hardware and their prototypes.

At what point does technology provide the ability for us to decentralize this system and give the industrious and creative power of production back to the individual?

While it's easy to romanticize the glory days of American manufacturing as we collectively recall it, the future will not be built by bringing your grandfather's factory back to the States.

In 1977, when chairman and founder of Digital Equipment Corporation Ken Olson said "There is no reason anyone would want a computer in their home," Steve Jobs and Steve Wozniak unveiled the Apple II home computer. As your thumb rests on an LED-backlit IPS LCD capacitive touchscreen with "Retina HD" display, 50 short years later, history tells a slightly different story.

Charles Hull, the man credited with inventing 3D printing was quoted in an interview from 2014 as saying “Some writers and people who talk about 3D printing...most of the stuff they talk about will happen someday—eventually...a lot of that stuff is definitely hype and won’t happen.”

It almost sounds like Hull is presenting a challenge, doesn’t it?

That’s where Break the Supply Chain Challenge comes in: a competition committed to spurring the creation of a device that can make anything in your home or small factory.

After all, if someone tried to sell you coffee brewed 8,000 miles away, that spent four days in a shipping container before it hit your mug, you’d probably say "Thanks, but I'll stick with my coffee maker."

In essence, this challenge is looking at manufacturing the same way. We're determined to build the means of production for the next generation of individual consumers, small businesses, and prototype-hungry designers and inventors.

Let's break the supply chain once and for all.

Timeline Forum 1 Community 78
Our leadership team is thrilled with the results! We were able to successfully identify three winning solutions. The diversity of the innovators was so refreshing, we get how our solutions can literally live anywhere in the world.