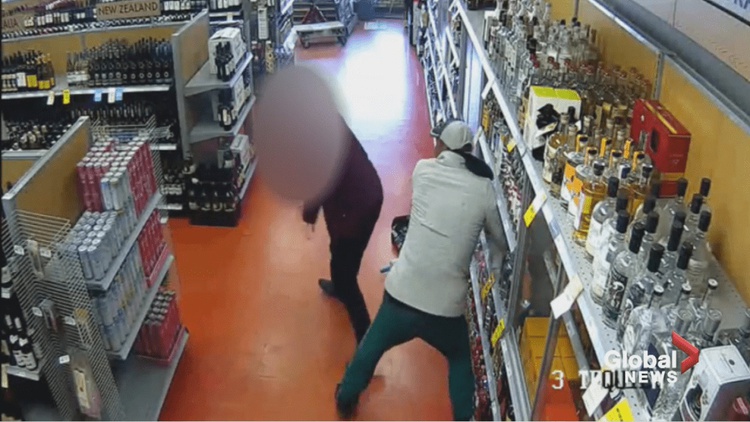 Liquor store robberies and thefts have dramatically escalated over the past 18 months in the City of Edmonton (the “City” or “Edmonton”).   The Edmonton Police Foundation (“EPF”) and the Edmonton Police Service (“EPS”) have teamed up with Alcanna Inc., Alberta’s largest retailer of liquor, to combat this epidemic.  This challenge is part of that effort.

As these incidents escalate, the criminals have become more violent and threatening over time, and the likelihood of serious injuries or worse increases. Alcanna alone has lost millions of dollars in product through these robberies/thefts. Proceeds from stolen liquor have now gone to fueling the drug trade and organized crime gangs, who openly claim responsibility. The safety of Alcanna’s employees and customers is paramount and as robberies/theft continues to rise, it increasingly endangers their safety. From occasional instances of individual offender or single location theft, events now have groups – often armed with knives, pepper spray or guns – targeting locations with groups of individuals entering with large empty duffel bags, filling them with products and walking out – this has now become a daily activity with offences being coordinated and methodized in different parts of the city.

In most cases, once a robbery/theft Is reported, there is little a police officer can do besides taking the report and investigating what information from the crime may be available. In order to ensure safety, store staff are prohibited from engaging with or detaining offenders, or attempting to prevent the crime. In the last year, liquor store employees have been stabbed, hit with broken bottles, and sprayed with bear spray - all without provocation. Alcanna uses proactive mitigation strategies to prevent robberies/thefts, including video surveillance, alarms, locks and the use of internal and external loss prevention staff in stores, but these have all had no impact on the worsening situation.

Robberies/theft are also not limited to the Liquor industry, a range of products from different industries are often targeted; from high-end designer clothing to day-to-day products (razor blades, cologne, baby formula), anywhere there is an opportunity to profit from resale, there is an opportunity for theft. The Retail Council of Canada states that an average of two per cent of annual sales in retail is lost to theft, which amounts to a total of $5 billion in losses across the retail sector in Canada, that’s over $13 million in a single day.

Alberta is the only Canadian province with a fully privatized retail liquor industry. Liquor store operators in Alberta are free to set their own retail prices, including selling at or below the wholesale cost, and may adjust prices based on the customer, the amount of the sale or any other factor determined relevant by the store operator. In addition to selling alcoholic beverages, liquor stores may also sell certain related items, such as soft drinks and other drink mixes, ice, de-alcoholized beverages, glassware and other accessories, although sales of such items may not exceed ten percent (10%) of total sales. Liquor stores may sell liquor to other liquor stores, other licensed premises (e.g., lounges, restaurants, pubs, taverns, etc.) and special event license holders. Liquor stores may also sell special event licenses for private functions and may provide delivery service.

The liquor store industry in Alberta is a fragmented market, with over 2,200 locations that provide sales for off-premises consumption in total. While across Canada, beer and liquor stores and agencies sold $23.5 billion worth of alcoholic beverages during the twelve-months prior to March 31, 2018, Alberta’s share of the alcoholic beverage market during that time period was 11.0%. In Alberta, alcoholic beverage sales totaled $2.58 billion for the twelve-months prior to March 31, 2018, a 1.2% increase over the previous year (all figures cited in this paragraph are from the most recent information published by Statistics Canada).

Successful submissions to this challenge will:

Additionally, EPF, EPS, and Alcanna would like submitted approaches to:

Yes, but it’s quick and easy. Just click the “Accept Challenge” button on this page and follow the instructions to complete your registration. All you need to provide is your name and email address.

I have a question that was not answered in the FAQ. Who can I contact?

If you have a question not answered in the FAQ, we recommend that you post it in the Forum where someone will respond to you. This way, others who may have the same question will be able to see it.

What sort of ideas have been explored or are being explored already (so we know not to submit those)?

Who can apply for this? Individuals, Teams, Corporations?

Anyone is the short answer. You can submit individually or if you have a team, one person can be designated as the team leader and then she/he submits (and lists the team members in the submission form). Also, if you already have a commercial solution that's being sold, you can also participate in this and possibly it becomes a license the sponsor signs as opposed to prize money.

Are there more items to add to the data room?

Will there be a Q&A call where inventors can ask questions?

We may schedule that, however, for now, use the HeroX platform to ask your questions and this way, all responders will see the questions and the related answers. It's much more efficient this way.

Are the mandatory items on the submission form really necessary?

Yes, they help us with categorizing/sorting the submissions and also in the judging. It helps make the whole process much more efficient.