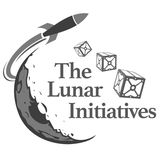 Hello to all - I am posting a response in...

Hello to all - I am posting a response in English and Portuguese as we are very concerned about the misunderstandings that seem to have occurred.
Here is the original posting regarding the awards for the People's Choice Awards:

Lunar Initiatives Indiegogo Bonus Packages worth $500, 250, and $100 will be awarded to the top three winners in the People’s Choice Award contest.

Post Your Reply
Our leadership team is thrilled with the results! We were able to successfully identify three winning solutions. The diversity of the innovators was so refreshing, we get how our solutions can literally live anywhere in the world.