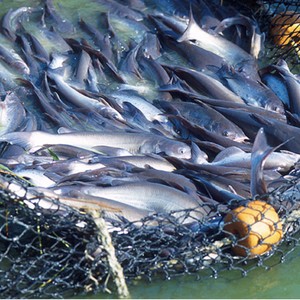 Protecting the Natural Flavor of Catfish:

The U.S. Department of Agriculture’s (USDA) Agricultural Research Service (ARS) collaborated with the NASA Tournament Lab (NTL) to sponsor the Protecting the Natural Flavor of Catfish Challenge. Under some conditions, farmed catfish can develop off-flavors that are unpalatable to consumers due to exposure to certain compounds arising from blue-green algae. This challenge sought to identify new approaches to maintain the flavor of farmed catfish.

This challenge received 85 submissions from 27 countries and awarded a total prize purse of $60,000 to six different winners. ARS was impressed with the breadth and scope of ideas presented and sees potential for some of them to be used in other off-flavor applications, including recirculating aquaculture systems. Elements in these different solutions were not necessarily all new to ARS, but the way in which they were presented made the ARS team think about them in a new light.  In particular, having participants support their approaches with practical ideas for implementation demonstrated their feasibility and practicality in ways that hadn’t been previously considered.