HeroX allows anyone in the global community to create a challenge, or propose a solution to a posted challenge. This capability to connect solvers with problems taps into the central tenet of open innovation: going to a wider community can provide richer and broader solutions than one’s immediate network.

The concept and practice of open innovation is a relatively recent trend, but the use of a challenge to drive innovation has existed for centuries. One of the earliest examples was the 1716 Longitude Prize, which sought a technology to more accurately measure longitude at sea. Measuring longitude was a critical need to be able to navigate reliably across open seas and out-of-sight of land.

A clockmaker named John Harrison recognized that being able to accurately tell time at sea would allow a ship to determine its longitude by comparing ship’s time with the local time based on sunrise or sunset. He went on to create the first marine chronometer, which in turn enabled an era of maritime-based trade and exploration.

In 1800, Napoleon offered a 12,000 franc prize for a better method of preserving food, which was often spoiled by the time it reached the front lines of his armies. In response, Nicolas Francois Appert devised the method of sealing food in airtight glass jars and processing them in boiling water. This technique became the basis of the modern-day canning industry.

This innovation model has existed for centuries.

More recently, the XPrize Foundation ran the Ansari XPRIZE to spur growth in the commercial space industry. The competition offered $10 million dollars to the first non-governmental team to launch a reusable, manned spacecraft into space twice within two weeks. In 2004, SpaceShipOne - built by Scaled Composites and financed by Paul Allen - won the $10 million dollar prize.

The XPrize Foundation has since gone on to design and run numerous grand challenges on a wide range of topics that collectively seek to benefit humanity. Their mission is to use large-scale, global incentive competitions to crowdsource solutions to the world’s grand challenges.

In 2013, Serial Entrepreneur Christian Cotichini and XPrize Founder and Futurist Peter Diamandis jointly founded HeroX to bring challenges and crowdsourcing capabilities on a more accessible scale to the global community. HeroX represents an intersection of crowdsourcing, innovation, and collaboration.

Our crowdsourcing platform empowers organizations and everyday people to create, compete in, and share contests that address and solve global problems using the power of the crowd.

Anyone can change the world. HeroX can help.

The only question is: "What do you want to solve?" 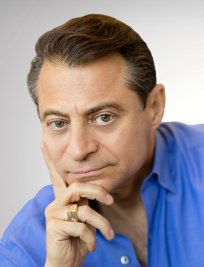 Dr. Peter Diamandis is the Chairman and CEO of XPRIZE, which leads the world in designing and launching large incentive prizes to drive radical breakthroughs for the benefit of humanity. Best known for the $10 million Ansari XPRIZE for private spaceflight and the $10 million Progressive Automotive XPRIZE for 100 mile-per-gallon equivalent cars, XPRIZE is now launching prizes in Exploration, Life Sciences, Energy, and Education.

Diamandis is also an international leader in the commercial space arena, having founded and run many of the leading entrepreneurial companies in this sector including Zero Gravity Corporation, the Rocket Racing League and Space Adventures.

As co-Founder & Chairman of the Singularity University, a Silicon Valley based institution partnered with NASA, Google, Autodesk and Nokia, Diamandis counsels the world's top enterprises on how to utilize exponential technologies and incentivized innovation to dramatically accelerate their business objectives.

Barry Thompson is the Managing Director of FTL Holding, a management company specializing in merging disruptive business strategy, technical innovation, and corporate activism. FTL Holding's current portfolio includes 11 companies in the Green Tech, High Tech, and Advanced Materials markets. An entrepreneur and innovator, Mr. Thompson has spent the last two decades disrupting markets by pushing the boundaries of what is possible; with experience ranging from Wall Street to the US Military, and Information Technology to Waste Management.

A self-taught technologist, he began his career as a consultant, designing Information Technology solutions beginning with embedded robotics and imaging, to traditional enterprise systems. Some of his clients included MCI, American Mobile Satellite, The U.S. Nuclear Regulatory Commission and other military, government and private organizations. In 1995, he moved to Wall Street, leading the adoption of new transformative technologies in the financial services industry while working for firms such as AIG, NatWest, Lehman, and UBS, where he was Head of North American Architecture and Head of Diligence Services. Mr. Thompson co-founded Tervela in 2004, a high performance data and transactions infrastructure company, where he twice served as CEO and is currently a board member. Mr. Thompson also serves as a Trustee, Board Member, and Treasurer of the XPRIZE Foundation.

Josh Cohen is the Managing Partner of City Light Capital, a firm that he co-founded in 2004. He is also the Chief Investment Officer for Tyden Ventures, a single family office based in Grand Rapids, Michigan. He is currently on the Boards of LicenseStream, HeroX and Impact Directly and is an Observer to the Boards of 2U and Straighter Line.

Josh is a frequent speaker on the topics of impact investing, direct investing and measurable impact. He is a mentor or an advisor to many young entrepreneurs through the Kairos Society, Redwoods Initiative and Family Office Association.

Josh had previous venture capital experience working with a family office in St. Louis and a private debt fund. Prior to joining the venture community, Josh was the Director of Business Development for Mobility Electronics (NASDAQ: IGOI). He began his career as an investment banker in the technology group of Deutsche Banc Alex. Brown in San Francisco.

In 1999, he created Developing Minds, a nonprofit organization that created the Time Raiser™, a time-based auction model used to recruit and reward volunteers. He is currently an advisor to several other nonprofits including the Joan Ganz Cooney Center, QuestBridge, and Shalom Learning.

Josh graduated from the University of Michigan. He is also a very proud Dad.

Stewart A. Satter is CEO of Consumer Testing Laboratories and its affiliated companies, a group of independent, internationally recognized product testing laboratories. Satter, a pivotal advisor to City Light Capital and founding investor in HeroX, desired to catalyze the creation of a team that could dream up big solutions to problems.

In 2004, Mr. Satter generously donated seed money for the launch of the Stewart Satter Program in Social Entrepreneurship at NYU Stern, which educates students of the value in pursuing businesses that are both profitable and socially responsible.