How2 #sweatlife in interstitial time... anywhere! 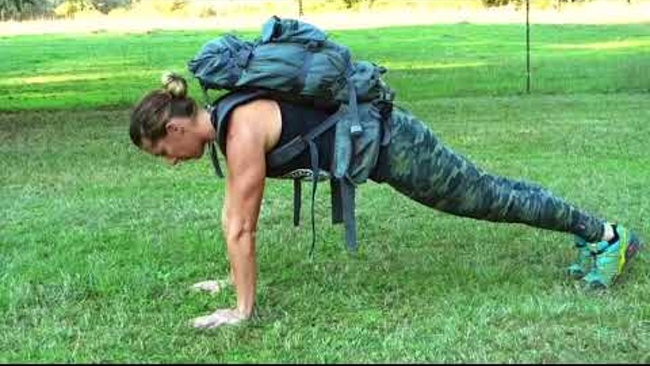 Mock-ups in store + instruction on how to #reclaim wait times ANYWHERE by stretching and exercising. E.g. curbside, in transportation, etc

3. Opportunity: Which pillar of well-being, and which aspect of that particular pillar, are being addressed by the idea? In what way does it influence a pillar? What type of individual and community would benefit from the idea?

Waiting to cross a street. Standing in queue. Waiting for a microwave cycle to end... Everyday, people have "interstices" of time that either get wasted or turn into PhoneScreenTime, when the time could instead be used to do a few stretches, simple exercises, or just inner reflection. I'm envisioning "sets" (street pole, curb, kitchen counter, etc) in stores where LL trains people the movements 4 #BODY & #MIND, so trainees get over their "shyness" of doing them in their #COMMUNITY. Contd below..

4. Innovation: Why is your idea unique, novel, and/or impactful? What will the future look like if we’re successful in bringing your idea to life? How does the proposed solution differ from existing solutions addressing human well-being?

A new #SocialSpirit where nobody blinks or mocks if someone is into the #SweatLife at a street crossing, or store register, or office breakroom! That is the kind of community support we should build up for max impact. This idea seeds that at in-store training sessions.
~~ ~~ Most existing solutions require time commitments. Instead we are training people to make use of interstice time, and use what's nearby to keep their bodies flexible, moving and their minds focused on personal wellness.

5. Action Plan: Please justify and briefly describe the major steps needed to make this idea a reality. Does the technology and understanding exist now? Is it likely to exist in the next 3-5 years?

1. We poll LL fans, general public (via social media) and might even look at wearable fitness tracker data to identify the interstices of time and the location settings that people *could* put to use for stretching, movement sets, etc.
2. LL and its wellness experts design sets of stretches, movements, etc that would be ideal for such interstices and location settings.
3. LL might create an app that helps users learn to identify their interstices, before they even sign up for the in-store training sessions. Such an app becomes a great source of more data for "1" above. E.g. if my lunch microwave cycle is usually 2 minutes, I'd like to know how to put it to use... and, by the way, can I train my mind to perform a mindfulness practice every once in a while in those two minutes??
4. Users and LL guests come into stores and use the "props" and "sets" to learn and refine their movements. Training can be in-person, or a video, or by a computer-generated avatar coach on a screen, or even a virtual coach as in www.mirror.co
5. Users and LL guests watch other people doing it, and get over their concerns about looking silly or being embarrassed to adopt the practices.
6. The community, and I am including people who have never set foot in a LL store, gradually get used to seeing and appreciating users and LL fans doing their practices in various places.
7. The awareness generated, as well as the advertisements/mentions of the free or freemium app, and the free or freemium in-store workout sessions, will get more people onboarded. The impact is amplified!
8. LL may be able to create various "sets and props" for the training, and then rotate them across its chain of stores. Moreover, through an accompanying social media campaign, LL can also invite people to contribute suggestions for other locations/scenarios... so LL can create props and exercises for those, too. The campaign becomes a touchpoint with the larger community.
9. Live trainers might be expensive, but a virtual trainer in a mirror.co system will get cheaper as AI technology gets incorporated into such "mirrors" and feedback systems. In the future, I envision LL stores having multiple secure "cubicles/rooms/spaces" with mirror.co-style visual feedback + virtual coach systems. These cubicles/rooms/spaces with outside access doors and digital locks will be accessible even outside store hours, and people can pay to gain access to the visual feedback + virtual coach systems by reserving the visual feedback + virtual coach systems in such cubicles/rooms/spaces.


BOTTOM LINE. People will get into the habits of wellness practices during their interstices, and social acceptability will help create more converts to this revolution.

~~~~~~~
I can present these ideas in more detail later if invited. I do not work for mirror.co and have no conflicts of interest to declare regarding this submission. Thank you.