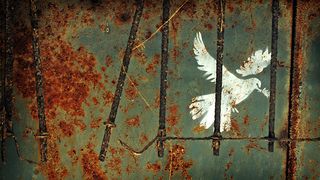 Areas of conflicts make us feel insecure so that we tend to avoid visiting. Mapping peace path will create small comfort zones of peace.

WHAT DOES IT DO?

It is meant to be a new magical map that not only gives an up-to-date constantly changing picture of reality, but virtually transforms the road in a positive way ~ along the path of peace and security, nature and ecology, health and cultural cooperation between all path passers and map users.

HOW DOES YOUR SMART M.APP SOLVE WORLD PROBLEMS?

We happen to live in a world that is frighteningly insecure and constantly threatened by terror. One could say that present state of world affairs is such that we had reached magical achievements in terms of time and space that were hard to imagine just a few decades ago. However we are approaching a state of almost apocalyptical nightmare in terms of security. The gap between those two lines of development – the positive and the negative – should be solved soon before too late and it is clear that the battlefield is focused on global transportation which is an easy target for terror.
Therefore the solution must be searched for in the area of new interactive mapping.
The old map gave the user a static picture of reality that was prone to be not up-to-date.
The P~~p startup idea is a third upgraded concept in which the road users and the map addressees collaborate to create a new reality of cooperation, prosperity and well being.
At present people in Israel are counting on Waze to lead them in the shortest time between their starting point and destination. However the political situation on ground in a state of daily terror and violent conflict is such that blind faith users of such an application might often find themselves in a lynch zone without even noticing they had crossed a forbidden unmarked border on their search for a shortcut. Thus a most advanced sophisticated popular practical application might turn in a split of a second into a death trap.
The P~~p startup is all about a map that constantly changes – creating a new reality on the road, that supports values of security, harmony, prosperity, ecotourism and peace-building.
In that way the road users collaborate to create a more friendly safe reality on the way by transforming the map with their own active presence. By doing so we could solve several major world problems, such as peace and security, ecology, protecting cultural preservation creating a general feeling of well being,.