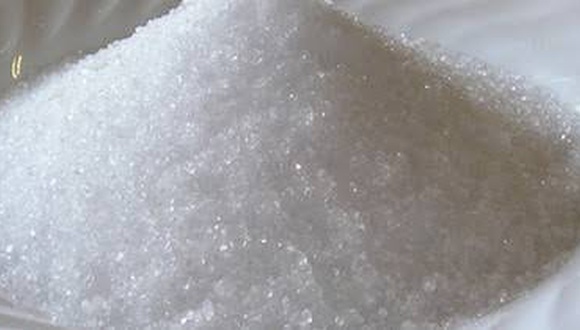 Healthcare
by João gabriel Guedes | Jan. 11, 2018
An alternative to sugar that is conquering the cuisine of many people is xylitol, a natural sweetener that is found in the fibers of many

It is perfectly capable of replacing sucrose;

It is tolerated by diabetics;

Due to its high chemical and microbiological stability, it acts, even in low concentrations, as a preservative of food products, as it prevents the growth of microorganisms;

Due to the absence of aldehyde or ketone groups in its molecule, it does not participate in reactions with amino acids, known as Maillard reactions. Therefore, it does not undergo non-enzymatic darkening reactions, which cause a decrease in the nutritional value of the proteins;

Due to its high heat of endothermic solution (34.8 cal / g), it produces a pleasant refreshing effect on the mouth when it comes into contact with saliva, being able, due to its organoleptic properties, to enhance the refreshing effect of flavored products mint;

Atoxic substance, classified by the Food and Drug Administration (FDA) as a GRAS (Generally Regarded as Safe) type additive, which allows its incorporation into foods;

The laxative effects of ingestion at doses greater than 60g per day were observed - however, in one study, subjects consumed about 1.5 kg xylitol per month (reaching a maximum daily intake of more than 400 grams), without presenting any negative effects. [5]

Its use in industrialized products has been approved in more than forty countries;

It has anticariogenic action, mainly determined by its non-fermentability by bacteria of the genus Streptococcus. Thus, it limits the proliferation of this type of bacteria in the buccal flora, reduces the amount of insoluble polysaccharides and increases that of soluble polysaccharides, which results in a plaque less adherent and easy to remove by the habitual brushing of the teeth. It also increases the salivation, which promotes the remineralization of the teeth and, consequently, the reversal of the cavities in early stage, as well as prevents the pH decrease of the surface of the teeth, resulting from the metabolization of anaerobic bacteria;

It is indicated for treating diabetes, lipid metabolism disorders, renal and parenteral lesions; and to prevent otitis, lung infections