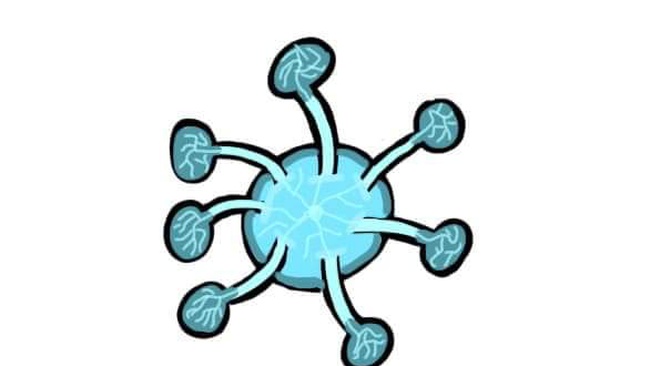 short description
The Underwater Sputnik was inspired by Ping-ping tree spong. It absorbs carbon dioxide and oil spills from ocean.
Eligibility
Your Video Submission
Your Submission Description
DESCRIPTION
The design Underwater Sputnik was inspired from a Ping-pong Tree Sponge that is found at great depths of approximately 8,860 ft. (2,700 m). The object has a rugose ovoid body or center from which branches radiate in all directions, each ending with a sphere or a ping-pong. The branches that radiate from the ovoid is smooth and approximately 6 to 7 cm long. While the spheres are of variable diameter, estimated to be between 3-5 mm. The only difference it has with the Ping-pong Tree Sponge is that it doesn’t have a cylindrical stalk that make it look like a tree. The researchers thought that putting a stalk or trunk in the object may be a little awkward because it will just sink underwater, chances are, the trunk will just fall and lay on the floor and it will not stand. Therefore, it will be easier if it doesn’t have a specific orientation. Although, Ping Pong Tree Sponge is deadly and carnivorous in real life, the device or treasure will be completely harmless, instead, it has a specific function that’ll make it valuable and unique from the other treasures.
The design the researchers came up with, might be simple or maybe common because it’s just the same thing as the Ping Pong Tree Sponge except the stalk, but it is not just the design or treasure that the researchers wanted to showcase, but also the usefulness and relevance of this device once it sinks in the ocean. The researchers used this contest as an opportunity to create not just a treasure but a device that can also help sea creatures and clean our ocean. The researchers aimed to create a device that can inspire and motivate others to create and help our goal to make a better habitat for fishes and other marine organisms.
The researchers have learned that the carbon dioxide emitted by the burning of fossil fuels has been absorbed by the oceans. When carbon dioxide combines with water molecules it produces a weak acid called carbonic acid. Aside from the effect it has to the sea surface pH, the worst problem it had brought to the ocean is that it dissolves calcium carbonate which marine organisms use in building their skeletons and shells (Southampton, 2016). The treasure, Underwater Sputnik was made to absorb oil and carbon dioxide. The center or base is the one that absorbs the carbon dioxide underwater which is harmful for sea creatures. It will be the source of energy for the device to work, to absorb oil that can poison certain organisms. The center or base collects carbon dioxide then the branches start collecting oil spills from the ocean. While the sphere at the end of every branches shall be alluring or enticing to be able to catch the attention of treasure hunters. It will also enable the treasure to move around a little bit without a specific orientation.
Your Design Drawing