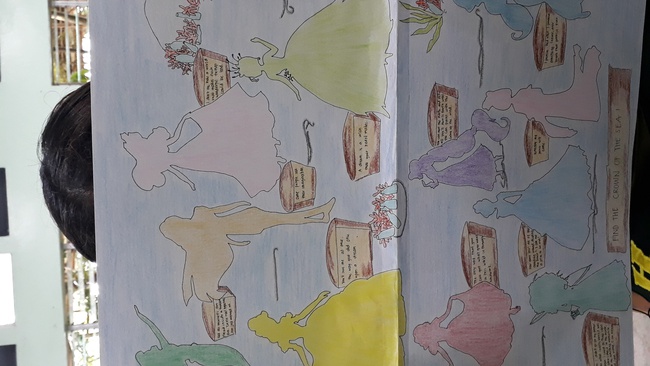 short description
Our designs theme is Disney Princesses. The treasure will be the crown. The crown refers to the corals planted on recycled glass bottles.
Eligibility
Your Video Submission
Your Submission Description
Coral reefs represent the world's most spectacular beauty spots, Coral reefs are also a foundation of marine life, without coral reefs, exquisite species will not survive. Corals play a significant role in medication, income and protection. So save coral reefs.

Our group wanted to help save coral reefs with the use of recycled materials.There are many ways to save coral reefs but our group wanted to save the corals through recycling glass bottles. Instead of leaving those glass bottles on the streets or throwing them why not use them again for a good purpose? To put it simply, our group also wants to help minimizing waste through recycling at the same time saving the corals. Our design was inspired by the game: Amazing race. But ours is different, instead of giving the teams a task in each station they just have to find out who the clues are talking about. Another is that, the stations will not be places on land but it will be statues scattered around the sea. The theme will be disney Princesses, the statues will be the disney princesses. The quest is to FIND THE CROWN OF THE SEA. The crown is the treasure. But this time it's different, the crown will refer to the corals planted on the glass bottle. Corals are the crown of the sea. To make the treasure, just put the coral fragments into a glass bottle. The bottles should be glued together using an eco-friendly cement so the bottles won't float and for the bottles to stay in place.

The statues or the princesses will have treasure boxes beside them. Each of the treasure box shall contain a water proof device that will carry the clue to the treasure. But the clue is not like any other clues, this time the clues will be the famous lines or dialogues owned by a particular princess. The teams should figure out the correct order of the princesses for them to find the treasure. To figure out the correct order of the princesses, they will need to find out who the first clue is reffering to. The first princess will be given as a bonus, which is Merida, the brave princess which will remind the teams to be brave as they start the competition. Merida will give the team a clue for the next princess, and then the next princess will give the team another clue for the third princess and so on until they reach the treasure. But there's a twist, the treasure will not be placed on any treasure box and none of the princesses will be holding it. The treasure will just be placed around the area, unboxed and uncovered. Because real treasures are the ones we can see around. "A contented mind is a hidden treasure, and trouble findeth it not." as quoted by Akhenaton.
Your Design Drawing