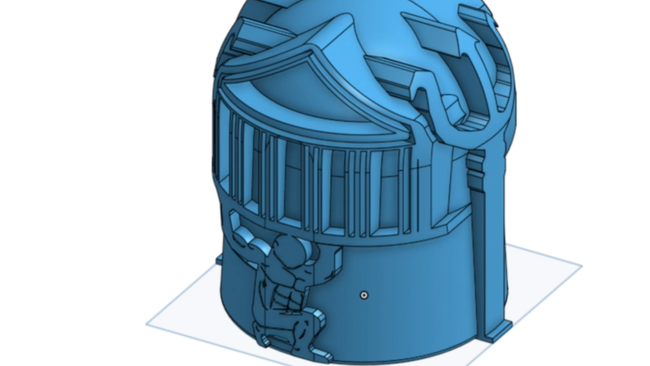 Our object reminds you of the search for the lost world of Atlantis with many mythological stories and deities included on it
Eligibility
Your Video Submission
Your Submission Description
We designed an extremely durable recycled steel shell that not only is representative of the XPrize competition mission, but is also the best object to prove the robots - something that is an absolute necessity for winning objects (which will be used to test the robots). Our object is well-rounded and made out of steel because, based on our extensive research and testing, this combination is best suited for survival under the extreme temperatures and pressures of the deep-sea.

Our object includes four protrusions, which serve as illustrations of several Greek mythological stories. The first protrusion is that of Atlas (the eponym of Atlantis) carrying the city of Atlantis, which resembles the search for the lost city of Atlantis and the corresponding mapping of the ocean in real life. The second and third protrusions are of Poseidon’s giant trident, a symbol of the deep-sea itself. The last protrusion is of hippocampi (the horses of the sea) jumping out of the oceans, which is symbolic of the connection between the mythological world and the real world.

In terms of material considerations, after long hours of research and extensive interviews with Harvard, Rhode Island, and University of Pennsylvania professors, we concluded that steel would be the best material to use (as opposed to more expensive, less eco-friendly, and less predictable materials such as syntactic foam and concrete).

Our object is the most inspiring because it tells the story of Atlas and the lost city of Atlantis, which causes the viewers to experience a story and learn more about Greek culture. Many viewers will likely perform more research about Greek mythology after viewing our object. To “inspire’ means to urge someone to do or feel something, and since our object kindles the curiosity in individuals, it is inherently an inspirational object.

Our object is the most creative not only because of its Atlantis theme and the detailed stories it incorporates, but also because of the meaning behind these stories and their relation to the theme of the XPrize competition. Our object is designed in an innovative way that incorporates Greek architecture and mythological stories while still being able to survive extreme pressures underwater.

Our object is the most eco-friendly for a couple of reasons. First, it does not use plastic or syntactic foam: since they are not predictable and are harmful to the environment. Additionally, our object utilizes recycled steel, a much more predictable and environmentally friendly material that does not corrode easily. Lastly, our product won’t be too heavy, so it won’t destroy the deep-sea environment once it hits the sea floor.

As a result of our object’s innovative combination of an inspirational and creative design with its technological durability and promotion of the mission behind the XPrize competition itself, it stands out among other objects.
Your Design Drawing