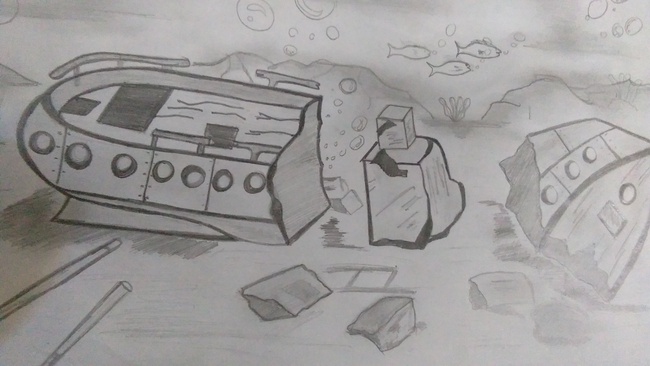 This shipwreck is containing the most important thing needed for us, human beings: hope. The legend says it tells about a hero saving us from our own mistakes. It is written in a scroll hidden in the ship before it was wrecked. There were 4 other ships escorting the ship but only one ship has the scroll. The ships were on a journey towards land, but a heavy storm appeared out of nowhere, sinking the ships to the bottom of the ocean.

The treasure is a scroll that tells us about a hero that will give us, humans, hope. We are counting on the XPRIZE to find the treasure hidden in the ocean and send the message to the people so that it will give us hope on humanity and its future. The XPRIZE is an innovation engine and a facilitator of exponential change. That's why we trust the XPRIZE to find our treasure.
"Always remember never stop dreaming,someday you might change the world".
Your Design Drawing