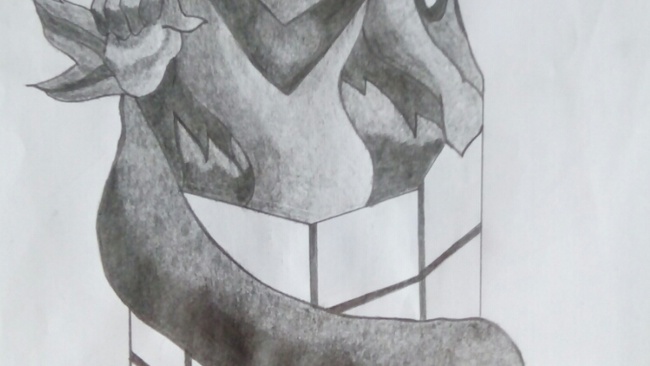 For the finishing touches, the design and themes of the project will be added. On top of the project stands a figure of a slithereen (a fictional character in DOTA) and its body will wrap around the entire project. The entire sculpture/figure is entirely made up of stainless steel which have zero negative effects towards the marine environment. As for the colors of both the figure and the entire project design, the chosen colors would be: bluish green, and a little bit of yellow. We’ve chosen these three distinct colors since these are the colors that are commonly seen in deep-sea environment and as a result, the project will be able to camouflage to its surroundings and it will make it more difficult for the explorers to search/find the given project. The slithereen figure will be attached to a coral/rock formation in order to amplify the camouflage effect. Coupled with the other deep-sea corals that are placed within the project will provide two benefits which are: 1.) To be able to camouflage the deep-sea environment and most importantly, 2.) It will provide home and shelter for the living organisms that are living beneath the deep-sea environment. At the very center of the project lies a saying that quotes, “The riches of the darkest sea abysses are mine to protect”. The statement would be from the slithereen figure that is encircling around the entire project simply hinting that what belongs in the ocean, stays and remains in the ocean. As you may already know, several ecosystems in the ocean are already damaged due to human activities. Plus, populations of aquatic species are slowly decreasing due to illegal hunting/or fishing. All of these aquatic organisms deserves a chance in life and as us humans, we should respect and take the utmost care towards the marine environment in order for these majestic creatures to continue thriving throughout the incoming generations.
Your Design Drawing