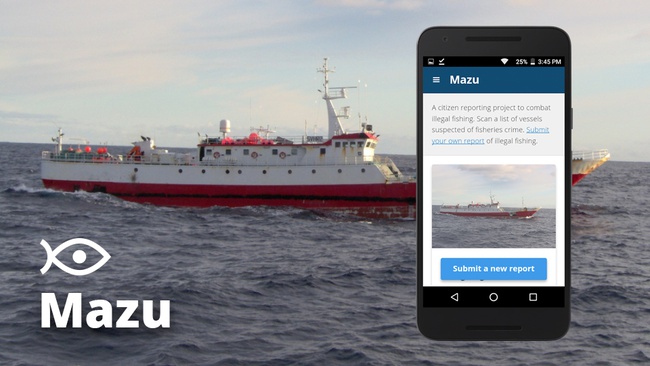 The problem
Illegal fishing is a severe problem that challenges the health and future prosperity of our oceans worldwide. Illegal fishing results in global losses of up to $23.5 billion annually and involves up to 26 million tons of seafood. The problem touches all parts of the world. As much as a third of the wild fish that enters the United States, for example, is likely to be illegally harvested. This has grave consequences for economies, human health, and the integrity of marine ecosystems. Illegal fishing is often tightly linked to other transnational crimes, facilitating public safety risks and human rights violations.

Illegal fishing is a transnational issue, with industrial fishing fleets stealing fish from the high seas and the waters of vulnerable nations, and is compounded by a web of layers hiding those who are ultimately responsible. Vessel owners frequently register their boats in foreign nations with weak regulations, and change registrations, vessel names, and even vessel appearances frequently to avoid fisheries law enforcement. When illegal fishing vessels move from port to port between countries, information about their criminal history doesn’t follow them.

A critical problem that has prevented marine managers from using existing data to help fight illegal fishing is that lists and databases of vessels that are known to have engaged in illegal fishing are incomplete, highly fractured, and are stored in repositories that are obscure and hard to interface with. Existing datasets on illegal fishing include blacklists managed by many of the 17 Regional Fisheries Management Organizations (RFMOs), the IUU Vessel List compiled by Trygg Mat Tracking, and Purple Notices released by INTERPOL’s Project Scale. In addition, some national and regional enforcement agencies and NGOs maintain patchy records of problematic vessels. Such data sources remain difficult for the public to access and lack a crucial element for identifying ships: photographs containing information about vessel appearance. Subtle structural features of vessels can be important clues for keeping track of illegal fishing vessels as their names, flags, registration numbers, and even paint jobs change. Furthermore, existing lists currently lack a mechanism for rapidly gathering, evaluating, and disseminating information on the identities of new illegal fishing vessels from a broad public network so that timely action can be taken.

Solutions
As of 2016, an important international legal mechanism came into force to combat illegal fishing: the FAO Agreement on Port State Measures to Prevent, Deter and Eliminate Illegal, Unreported and Unregulated Fishing (PSMA). This treaty is designed to make port access much more difficult for foreign illegal fishing vessels. By depriving illegal fishing vessels of access to ports, the agreement would ultimately cut off market access and reduce their profitability and ability to operate. The PSMA treaty could become the most transformative policy for combating illegal fishing - but its effectiveness hinges entirely on having the appropriate technological tools for efficiently reporting and sharing data on offenders. Although the agreement calls for a communication mechanism that allows for direct electronic exchange of information, no such mechanism has been implemented yet.

The app and its role
Our app, Mazu, takes its name from the Chinese sea goddess and patroness of fishermen. Mazu will provide a lightweight platform for organizing, sharing, and collecting data on suspected and confirmed illegal fishing vessels via an easily adoptable mobile app. Port inspectors, fishermen, law enforcement officials, and concerned citizens can view a priority list of known illegal fishing vessels to watch out for and report upon, but will also have the opportunity to report new cases of high-level illegal fishing activity.

Mazu is being designed and developed in consultation with key actors in the illegal fishing monitoring and enforcement community (e.g. INTERPOL, Project Eyes on the Sea, Stop Illegal Fishing, Fish-i Africa, and EU NAVFOR Somalia). These relationships are intended to ensure clear pathways are put in view for adoption of the app and for direct utilization of the illegal fishing data collected using Mazu. Trusted users from such organizations will review and verify reports via a cloud-based database, and automated notifications of illegal fishing vessel presence will be pushed out to users in relevant and strategic geographies—allowing them to gather further supporting evidence or take appropriate enforcement action.

App Impact
Mazu will help to solve the issue of illegal fishing data being stored in fractured and inaccessible locations. This app will use and contribute to data related to the focus areas of Fishing and Public Safety.

The potential impact of this solution could be game-changing for curbing illegal fishing, especially in developing countries with limited technological and information management capacity. These countries are also the most vulnerable to illegal industrial-scale fishing by foreign fleets.

The potential impact of Mazu extends beyond the capture of individual vessels. The legal framework of PSMA is necessary, but not sufficient, for combatting illegal fishing. Mazu provides a streamlined model for information exchange which could promote compliance with the treaty and could inspire more complex systems to exchange information between national authorities designated as PSMA contact points.

Although Mazu is designed to work globally, for the prototype phase we have focused on the Indian Ocean region, where pilot groups of stakeholder users have been identified. Other locations where the app could be particularly impactful include Central America and the Caribbean, Western Africa, and South Africa. The release version of the app will include localization in Swahili, Arabic, French, and Portuguese.
Link to your mobile ocean app
https://rink.hockeyapp.net/apps/592cf545c8dd4afab3c76f8164c4196a
Image