6 Important Lessons From The Most Successful Crowdfunding Campaign Ever 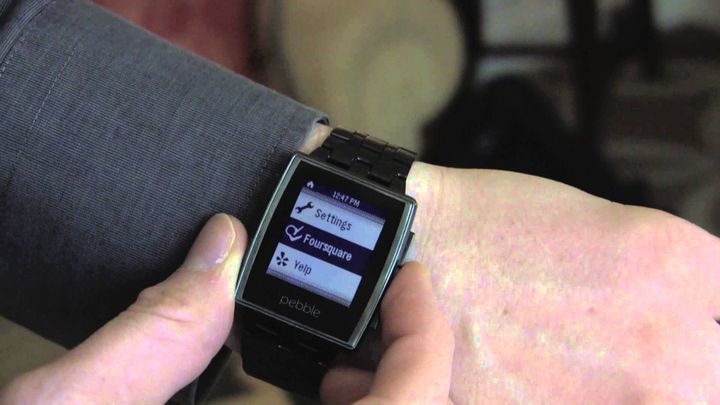 Not every crowdsourcing project is a Grand Challenge of global proportions. In fact, many of the best examples of harnessing the crowd were cut-and-dry, for-profit ventures. That being said, there still very valuable lessons embedded in these experiments, ones that can be applied in various crowdsourcing contexts.

With that, here's the story of one particularly viable crowdsourcing campaign, and a deep dive into what the campaign creators took away from it.

That's even more than the $10 million Ansari XPRIZE, which resulted in a record-breaking spaceflight and the creation of the modern commercial space industry.

So, after failing to find funding from venture capitalists, how did Migicovsky and Pebble raise all that money – twice? Let's take a look at the fundamentals of a successful crowdfunded campaign, diving into what makes a contest attractive and exciting to creative individuals. You can learn from them to help inform your concept for the XPRIZE Visioneers 2017 Challenge!

Migicovsky spoke to Peter Diamandis, co-founder of the XPRIZE and HeroX, about the keys to an incredible Kickstarter campaign. Take these ideas to heart, because they may seem simple, but they aren't quite as easy to implement as you might think. They're talking about Kickstarter, a platform where many different people contribute money to fund a project, but you can use these principles to set up your own incentive challenge.

They constitute the foundations of crowdfunding, and you can use them to launch your idea into the stratosphere (or beyond).

Market testing separates the experienced innovator from the brash newbie. If you can't run a proper test to understand what people want, you won't be able to make accurate predictions about what might be successful.

“Prior to launching Pebble on Kickstarter, we had sold about $200,000 worth of the predecessor watch called InPulse,” Migicovsky said. “We talked to these customers, got their detailed feedback, learned what was missing, what features they wish they had.”

They got feedback from over 1,500 customers, and when it came time to design the Pebble watch, they had a clear picture of what the public wanted - and what they didn't want.

2. Pick 3 Simple “Use Cases” That You Can Easily Communicate

The best ideas can be useless if you can't communicate them to other people.  It can be especially difficult when you're dealing with a very new idea or product, and one that challenges preconceptions.

If you want your idea to be popularly accepted, you need to show how all sorts of people can benefit from it.

“We boiled it down to three fundamental things, 'use cases' that anyone could understand,” Migicovsky said. “First, using it for running and cycling; second, using Pebble around the house for music and email; and third, using it as a platform for developers to write their own unique apps for Pebble Watch. Pebble can clearly do much more, but we kept it simple, so it was easy to understand.”

The more novel your idea, the more important it is to come up with simple, effective ways to explain it. Describe the effect it will have on the daily lives of the typical user or benefactor, and move on from there.

3. Pre-Test Your Idea With Friends and Family

The more constructive feedback you can get before you launch a product or idea, the better. Friends and family constitute a free, generally willing audience who will hopefully offer their honest opinions.

“We pre-tested our video, we made a demo page, we wrote a survey with multiple-choice questions and sent it to everyone in our families, all of our friends, we got their feedback before we launched on Kickstarter. More than 100 people had seen the page and given us their feedback. We tweaked the video and the page based on this feedback.”

This kind of approach can help you correct mistakes before you make them.

No matter where you're running a crowdfunded project or contest – perhaps here on HeroX? - it pays literally, to get the word out as much as possible. That means utilizing as many platforms as you can, including social media, blogs, news outlets, technology and other themed conferences or expos, etc. Don't forget about doing interviews!

Only 25% of the backers of the first Pebble Kickstarter campaign landed on the project via the Kickstarter website directly. The rest came from a very wide variety of sources.

“After the Kickstarter homepage, the next top referrer, outside of search engines, was Facebook, which referred 3 percent of all our backers,” Migicovsky said. “You can imagine that there was a very very long tail of other social media sites, blogs, media sites referring our customers to us.”

5. Set Your Goals and Timelines Carefully

Without a confident and reasonable schedule, people will be hesitant to get involved. Learn from other crowdfunded campaigns to get an idea of what people might expect.

“You get a lot of media when the campaign launches and then a lot as you reach the end. Keep it short, keep it fresh and dynamic. For us, we set it at 37 days.”

Your particular milestones and timeline will depend on the nature of your challenge. You may need one or two prototype rounds, where you set preliminary deadlines to ensure you make steady progress.

Many of the challenges here on HeroX last for at least several months, and some run for over a year.

It seems obvious, but a proportionate incentive is a key component of a successful incentive competition. What do people want, and can you use your reward to separate you from other projects vying for attention?

In most cases, incentive challenges offer a monetary reward, though you're certainly not limited to this. What's an appropriate reward for your project?

Are you trying to blast off to space, or solve a local problem in your community? Take a look at contests of a similar scope being hosted by HeroX and the XPRIZE.

Try to estimate the predicted impact of your incentive challenge, and offer a reward that will fit the bill. The reward for the XPRIZE 2017 Visioneers Challenge, for example, is the immense recognition that will come from it.

Pebble has since been acquired by Fitbit for somewhere between $34 and $40 million and is no longer operating independently to produce or sell smartwatches. But you can still learn valuable lessons from the story of their Kickstarter success, and launch a technological or cultural revolution of your own.

Are you ready to change the world? There are industries and cultural norms that are primed and waiting for positive disruption. Get your groundbreaking ideas in action with the XPRIZE Visioneers 2017 Challenge!