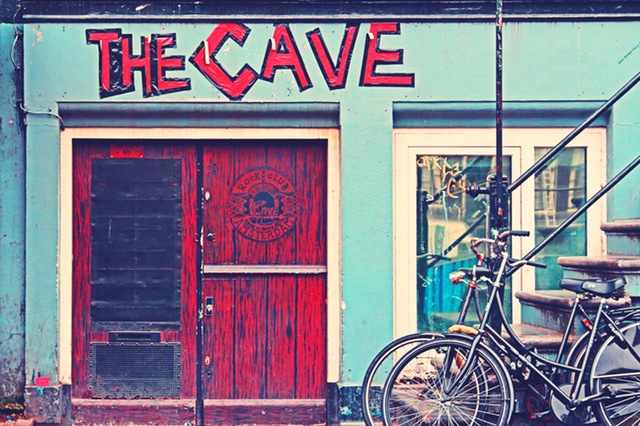 BY JON WESTENBERG
re-posted from Medium.com

The question we ask, whenever we hear about a new business or idea, whether it’s renewable energy or a messaging app or a hamster sled, is this:

And then if we find out that whatever idea we’re looking at can’t instantly scale to a million users and isn't designed to be a billion dollar concern, we dismiss it.

Sometimes, even laugh at it. When we do that, we’re being jerks. Huge jerks. Because starting a big, huge, fancy, sweating tech company isn't the be-all and end-all, and choosing not to do that doesn't make anyone stupid. In fact, going in the opposite direction is likely to make you happier, healthier, wealthier and shit-tonne wiser. You can choose to found an on-line small business rather than a start-up unicorn.

1. You Can Focus On Simplicity

You’re literally building something small, with clear limits and boundaries. There’s no pressure to add features, meaning you have the freedom to focus on the smaller things that matter deeply to you and your users. Creating products that retain their simplicity is a huge challenge far beyond most big, growing companies. A small business doesn't have that problem.

When you stay small, you can spend more time with the people who really matter in your business. Whether you have one employee or five, they’re going to be a bigger priority than if you were on a hiring spree trying to support growth. A small business is about people, and building community. That's a reward in itself.

Keeping your product small and your company small doesn't necessarily mean you’re going to wither and die poor. It means you'll make less, certainly. On the flip side, you'll have a better chance at building a million dollar company than you’ll ever have of building a billion dollar company. Small means lower overheads, lower cash burn rate — and the chance to keep all profits within your own company and your own pocket.

5. You Don’t Have To Stay Small Forever

If you do want to grow, you’ll have a much better chance of doing it from a position of power with a successful, profitable smaller company. When you already have an established product and cash-flow, you’re not only a more attractive prospect for future investors, but you can even fund your larger growth out of your own pocket. Not to mention the fact that you’ll have a wealth of knowledge and learning behind you that can only make scaling easier.

Convinced yet? Despite the inherent sexiness of "startups" proper, small business is a much more sanity-and-bank account-friendly way to go. Think about the cool business owners in your community who have made a lasting impact. Even the sleekest, savvyest Silicon Valley monolith can't capture the essence of what they do.

Maybe this perspective will help you design your Patterns for Success curriculum?

We've successfully collaborated winning and fulfilling on NASA contracts through their Center of Excellence for Collaborative Innovation. HeroX is positioned as the social network for innovation and therefore has a broader and more uncredentialed crowd, which pairs well with our Topcoder crowd of experts in development and design. Their team is great to work with, we've had the pleasure of hosting webinars and other joint initiatives.