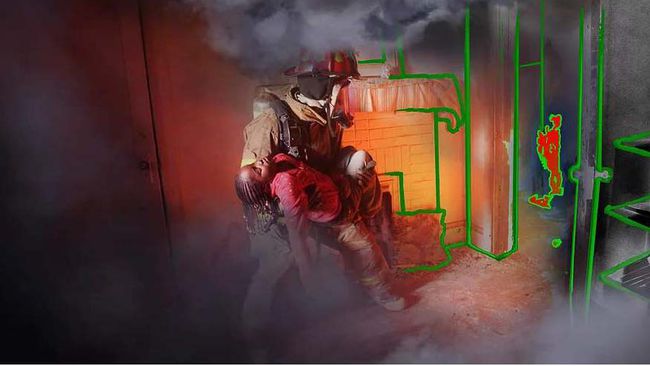 short description
Multi-sensor based, indoor positioning technology to simulate a first responder emergency situation through a wearable SMART device.
About you
(optional)
Bio (optional)
The Cosumnes SMART Fire Department concept is focused on providing community risk reduction by leveraging current and near term technological solutions to provide public education and awareness, firefighter mixed reality training and augmented cyber-physical enabled emergency response mitigation. The platform is being designed to meet the mission of the Cosumnes Services District Fire Department (CSDFD), which includes ‘exceeding expectations at all times’ “.

Captain Kirk McKinzie is the project concept designer who brings 29 years as an emergency responder and nearly a decade in 360/3D forensic technology to the idealistic platform construction. His work is focused on saving lives through SMART fire and life safety systems. His vision is to use Virtual, Mixed and Augmented Reality (VR, MRX and AR) to provide public education, fire prevention awareness, first responder training and situational awareness during emergency response. He is involved with collaborative development of 3D remote sensed point clouds, BIM, computational fluid dynamics, gaming platform applications, haptic touch, digital scent, computer vision, coupled with relevant and actionable multi-sensor fusion; for a cyber physical HUD enabled “Iron First Responder”.
Technical Details
Solution overview
The next breakthrough in operational planning, execution, and safety for first responders will come from Location-Based Services (LBS) that assist personnel in possibly chaotic and perilous situations with location and map related information. An inevitable and critical requirement for the applicability of LBS is their integration into any search-and-rescue setting, hence LBS systems must include indoor positioning, navigation and mapping into wearable devices and real-time platforms. To address these needs, CSDFD proposes to 1) Implement a wearable, multi-sensor based, indoor positioning system with state of the art technology capable of precisely tracking and positioning personnel and/or assets in terms of latitude, longitude, altitude, and orientation; and 2) Develop a group-based, mapping framework for real-time, collaborative construction of 3D maps including optimizations for communications limited in throughput, reliability, and latency. The system will use Building Information Modeling (BIM) and will not only connect emergency first responders to those in need of rescue, but will use physics-based fire modeling – Computational Fluid Dynamics (CFD) – that will show SMART users how a fire will propagate. Using CFD, the device will use real time data in earthquakes, floods, active shooter and other emergency situations. In a training scenario, the wearable device in the form or a helmet or goggles will simulate the desired emergency crisis to allow first responders to interact realistically in a virtual reality environment.

The Purchase Order List (POL) is commensurate with solution scale and funding availability. Minimal to modest equipment is required to produce single and small team involved Virtual Reality (VR) application successes based on past, current and expected donations.

To bring the VR enabled platform to AR real-time safety solution for emergency response, additional equipment and software needs will need to be met.
First Responder Scenes
The 3-D mapping and sensing technology will allow for any building to be scanned and uploaded into the network database. The information may then be developed through Building Information Modeling (BIM) for a desired emergency simulation. For firefighters, this technology may be used to simulate smoke and fire filled public buildings and private homes, and of most importance civilian rescue simulations. For police officers, this technology may be used in active shooter simulations whether in a building or outdoors at a public event with crowds of people. For Search & Rescue, the technology may simulate disaster response in both indoor and outdoor environments including terrestrial simulations for search and rescue during an earthquakes. For explosives and hazmat, the technology may simulate an unmanned ground vehicles scenario. The technology will be capable of being integrated into other technologies to accomplish the desired training simulation.
Measurements
The proposed design will enable the collection of data and metrics by measuring the following specific to the trainee performance: Amount of time it takes the trainee to rescue a person in a fire and extricate them from scene; Accuracy of completing a task; Efficiency of interactive conversations and tasks between first responders and command center; Set-up time at an emergency scene; and Speed of command center to access information from scene, make decisions, and send directions back to the first responders. Regarding technology performance, the design will enable the collection of data and metrics by measuring the following: Measuring mistakes made with the technology interface in Virtual space; Accuracy and precision of location based technologies; Victim identification, medical record receipt and display; Upload and/or sharing of visual elements—photos, video, etc. including accuracy of the information that is coming across; and Level of information or data is actually required for optimal performance.
Supporting Documents - Visual Aids
AR Combined Photos.pdf
Video Link
https://youtu.be/wTxMKM5816A