RESEARCH PROBLEM
The black soldier fly (BSF) has been promoted globally as one of the most effective insects to recycle agricultural waste to help solve the growing problem of waste remediation in urban areas. The BSF industry is predicted to have a market value of $2.57 billion by year 2030. BSF larvae digest agricultural waste, then the larvae can be harvested and processed into meal and powder to provide high quality protein for fish, shrimp, and farm animals. Frass and larval exoskeletons are BSF waste products, which are usually discarded. However, ARS scientists discovered that BSF frass has economic value, because it can boost the health of catfish when added to feed (https://www.ars.usda.gov/oc/dof/fly-frass-forms-fabulous-fish-food). To further discover value-added products from BSF, this proposal will test the usefulness of BSF frass as a high protein biofertilizer to replace vertebrate protein (i.e., bone meal, feather meal, or fishmeal) in commercial fertilizers. Additionally, it will test the utility of BSF chitosan (derived from the deacetylation of chitin, which is present in frass and exoskeletons) as a natural biocide to suppress plant pests and pathogens. BSF chitosan could increase plant immunity to decrease susceptibility of crops to devastating pathogenic organisms, which cause root and crown diseases.

OBJECTIVES
The main objectives of this proposed research are to (1) assess BSF frass as a high protein biofertilizer and (2) assess BSF chitosan as a natural biocide for crop plants.

APPROACH AND GOAL
The research approach will involve greenhouse experiments to test two hypotheses: (1) BSF frass can function as a high protein biofertilizer, and (2) BSF chitosan can suppress soil pests or pathogens. BSF frass will be supplied by EVO Conversion Systems LLC (College Station TX) and BSF chitosan will be supplied by SFly Comgraf SAS (France). Young, bare root strawberry plants will be purchased from Lassen Canyon Nursery (Redding CA). A sphagnum moss and vermiculite mixture will be used as a soilless potting medium. To test BSF frass as a biofertilizer, experimental treatments will involve adding low to high quantities of BSF frass to soilless media to replace vertebrate components (bone meal, feather meal, or fishmeal) in commercial fertilizer in randomized experiments using potted strawberry. Plant growth and development will be monitored at designated dates throughout the growing season via direct sampling of plant parts (roots, crown, and stems). To test BSF chitosan as a biocide, soilless media in pots containing strawberry plants will be
inoculated with a soil pest or pathogen at variable doses. Pest or pathogen infestation levels will be monitored over time via direct sampling and molecular techniques. NPK levels in treatment and control fertilizer will be determined at the onset and conclusion of experimentation.

EXPECTED RESULTS
The expected results include the discovery of a new biofertilizer to replace at least 50% of the vertebrate protein in commercial fertilizers and a new biocide to suppress soil pest infestations and root/crown diseases on strawberry.
Read More Read Less
more
Team
Team 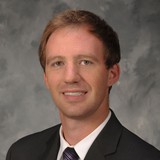