Gamestormers
introduction
title
Beyond the ordinary 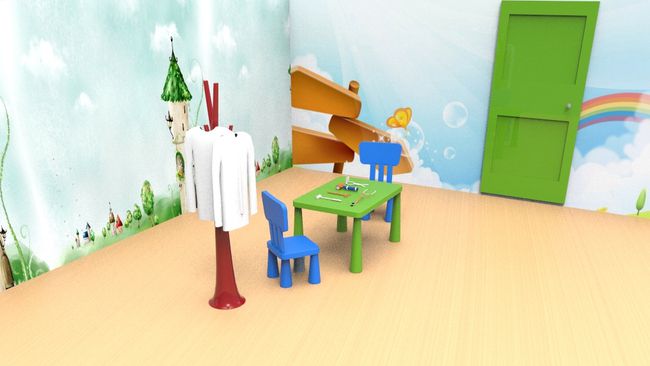 short description
Project “Beyond the Ordinary” aims to provide children with a tangible experience through integrated play.
Eligibility
Unfold your idea into a story connected to a specific situation (max 5000 characters)
Cecilie arrived at Rigshospitalet with her 8-year-old son Frederik and her 6-year-old daughter Eva. Frederik fell with his bike and broke his left arm but now it is time to take the cast off. The mother is worried that Frederik will be nervous and concerned about his arm even though she tried to calm him down having a talk about the procedure. However, Frederik is still nervous and a bit concerned as he remembers the pain he went through. He told his younger sister last night that he is a bit afraid and she responded back saying “if I could see under your skin I would fix it myself” kissing his arm goodnight.
They all cross the hospital’s door and Cecilie can’t take her eyes off of her little boy. Once they find themselves in the reception area the mother thinks that since they are a bit early for their appointment Frederik’s worries will grow bigger, as waiting for something to happen just creates more stress. She looks around trying to find a place for her and children to sit.
Immediately all three of them notice a screen standing right in front of them. They approach the machine with a puzzled look on their faces. The moment they could see the screen clearly Frederik reads the question on it out loud, “Who do you want to be today?” and young Eva is super excited from the cryptic message and taps the screen in an attempt to see what is next!
The next thing they see on the screen is two choices. Two cartoonist figures with different medical specialties each. The right one is an OBGYN and the left one is an Orthopedic surgeon. Both children look at the screen trying to decide who they want to be today and young Eva makes the choice for them once more as she can barely hold her enthusiasm. She chooses the orthopedic surgeon saying out loud “we are going to fix your arm Frederik!” Cecilie is excited as well waiting to see what will happen next. Suddenly none of them is anxious about the arm situation rather they look forward to discovering the next challenge!
Once the choice is made, glowing steps on the floor light up leading the way getting lost behind a wall. Both Frederik and Eva tell their mom to hurry up and run after the steps following them all the way to a room. When outside of the room a sign reads “welcome Dr. …” they use the keyboard to type in their names and automatically the door opens.
Both children and their mom walk inside a colorful room to find a doctor’s wardrobe and a lot of different medical tools and devices to choose from. The children look fascinated so far and quickly choose their robes and tools in order to become the orthopedic surgeons they chose for the day! After taking on the “persona” they wanted they enter another door which leads them to the main room where all the fun is!
Frederik looks a bit more cautious and curious than younger Eva who rushes to explore everything. He goes in front of the computer screens and on the left one there is a message saying “Learn how to fix bones in no time”. Frederik intrigued enough presses play and a video on the wall starts showing them how they can use the X-ray machine to produce films of bones and how they can use the several tools they acquired before. Frederik keeps staring at the screen saying “wow we can see how bones are!” and Eva even more excited than him shows the dolly/dummy they can use for their “experiments”.
Both kids interact with all the available toys in the room, producing films and pretend to study them as they reach to results after their evaluation writing prescriptions for their patient. They also created their own cast to put on Jonas’s broken arm (they named the dolly Jonas).
Cecilie is thinking that time went by easily and she lets her children know that they have to go so Frederik can take his cast off. Both of them are super excited they got to live through this so cool experience where they got to familiarize with orthopedic medical equipment and actually got to use the X-ray machine. Now they have an idea of how all these stuff work since they did it themselves. Frederik feels calmer now and he is thinking that there are so many questions he would like to ask his doctor, because maybe one day he would like to be an orthopedic surgeon himself.
How can your idea be implemented? Who can be a partner or supplier in realising it?
“Beyond the Ordinary” concept is relatively easy to grasp and implement. The main activities involve the installation of screens in the hospital’s entrance/reception area (this can be discussed), the door and inside the rooms, the LED step lights on the floor, and the construction and decoration of the themed rooms. More details can be found in the file we have attached.
Regarding the key partners and suppliers, we will indicate a few here but as mentioned above a more detailed business plan canvas is available in the PDF file.
• Toy Company
• Hospital Management
• UX Designers
• Interior Designers
• Children Psychologists
• Volunteers and Students from Danish medical and technical schools
Additional Material
Gamestormers_Let the kids be kids.pdf