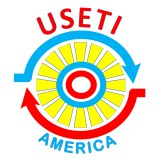 Scope of Work of this Competition

What will be required from Design stage finalists to win the Test stage? I understand that the Proof of Concept submitted in the Innovation stage has to be implemented into a prototype. However, us innovators are not experts on every facet of building a complete desalination plant (from seawater to fresh drinking water). I know that that there are Connectors that we can access and vouchers to use for parts, labor and services so that innovators can concentrate in the development of the core technology that we have submitted. Our team wants to confirm what is the extent of the scope of what needs to be built. If we know of an innovative desalination technology can we just be given a 100 cubic meter tank of pre-filtered fresh seawater? Then as a Proof-of-Concept, the prototype we will build will produce potable water/fresh drinking water plus all of the other requirements from the Guideline (calculations, planning, BOM, permits, etc.)

In other words should we not have to worry about the Design/Build/Deploy of the feedwater intake? As for the solar energy requirement, is it possible to replicate the thermal energy using an electric heater (as an example) ensuring that the total thermal power used to produce 100 cubic meter of water is properly recorded for an equivalent LCOE calculation? As for ZLD is it possible to only show that all the brine residue from the desalination system has been collected and not returned back to the ocean and that a quasi-ZLD is possible without having to further process to a complete solid residue? As for thermal storage is it possible that we produce a working small replica and from it create calculations that can be assumed correct for a 100 cubic meter installation?


I understand that we are still in the Innovation Stage but we are optimistic to plan ahead of the types of Teams/Connectors that we need to work with. Included with this planning are budgeting the costs that we may incur. Building an end-to-end desalination plant is very costly, time intensive, and would require a lot of effort. Some of the stages (or efforts) are already common body of knowledge that it may be possible to assume a replica as a proper replacement. A concrete example is that it may not be worthwhile to design/build/deploy a seawater intake system for thermal desalination since all we needed is to prove that seawater can be converted to freshwater. The $100K + $100K vouchers may not be enough to build an end-to-end system. Plus, it will cut the time and effort of building a complete desalination system especially if; there is not a lot of bayside property owners allowing to use their land then to be deconstructed later.

P.S. I searched the forum and Q&As but could not find a more definitive answer to this SOW question. Knowing that the first round has just started the Design stage I doubt that I will find answers in the forums yet. Please let us know what will be the "real" extent of the work of this competition.
reply
1 Reply NREL Challenge moderator
Thank you for your interest in Solar Desalination Prize and your questions about the competition’s scope and expectations. Please refer to the Official Prize Rules document on HeroX for specification on what is expected for teams who progress to each successive phase of the competition. As teams progress, the answers to questions like the ones asked above are covered in greater detail in webinars and one-on-one meetings. We wish your team luck in your submission.
reply
Post Your Reply