" Finalists will receive vouchers for up to 50 hours of support from one of four DOE national laboratories to prepare for a pitch contest which will result in up to 3 winners and up to $550,000 of combined cash prizes and voucher support.
41 Replies
reply 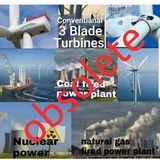 chin K April 17, 2019 2:57 p.m. PDT
Is The objective of this challenge designed to invent a faster way to pump water back upstream into storage reservoirs for later use, or to come up with a super efficient less energy intensive technology for pumping water back upstream as a means of potential energy storage?
reply

FAST Prize April 18, 2019 8:42 p.m. PDT
@chin K
The objective of this prize is to reduce the entire time from concept to commissioning for pumped storage hydropower projects from over 10 years to less than 5, while also reducing associated costs and risk. Please read the Prize Rules and the Preliminary Analysis in the Resources tab for more information.
Tagged:

FAST Prize April 22, 2019 8:32 a.m. PDT
@Global Innovator
The FAST Prize is not calling attention to any one pumped storage hydropower project in particular. We are seeking new and innovative concepts for reducing the time to commissioning from over 10 years to less than 5. Please reference the Prize Rules and Preliminary Analysis in the Resources tab for more information.
Tagged:

since you clearly state that interest in building new PSH facility is below zero:
"with only one new facility (Lake Hodges 40 MW plant) becoming operational in the last 20 years

just give up and close the program

No interest, no investors, no profit in PSH so just shift your interest to solar and wind farms
and name and offer 10 geolocations which can be suitable for setting up a new PSH facility
and publish your terms in open to let prospective investors make a decision on his/her own

"As of December 2018, there are 43 PSH plants operating in the United States, totaling 21.6 GW of installed capacity and providing 95% of utility-scale electrical storage in the country. Most PSH construction was completed more than 30 years ago, with only one new facility (Lake Hodges 40 MW plant) becoming operational in the last 20 years. Modern PSH development has stalled because of the large capital investment, lack of clear market signals for long-term investments, and long lead times required for commissioning, with development timelines often lasting a decade or more
reply 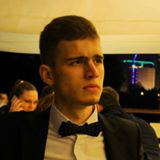 misha litovchenko July 3, 2019 10:10 a.m. PDT
@Global Innovator
let me disagree with your arguments))
first: this competition is itself a signal of the market
second: "...95% of utility-scale electrical storage in the country."
Is this not enough to force research?
Tagged:

"Most PSH construction was completed more than 30 years ago, with only one new facility (Lake Hodges 40 MW plant) becoming operational in the last 20 years. Modern PSH development has stalled because of the large capital investment, lack of clear market signals for long-term investments, and long lead times required for commissioning, with development timelines often lasting a decade or more

There is no market for new PSH plants
"lack of clear market signals for long-term investments,

just give up and put every penny into another energy business, which matters today

misha litovchenko July 4, 2019 1:05 a.m. PDT
@Global Innovator
I read and made the same conclusions:
1. Today there is no alternative to PSH for energy storage.
2. The industry is looking for opportunities for modernization (simplification, cost reduction, acceleration, etc.) of this technical solution.

and then there will be more such objects!
Tagged:

since oil, gas, solar, wind energy are readily available in not limited supply,
interest in investing in PSH is below zero.
reply

misha litovchenko July 4, 2019 10:34 p.m. PDT
oil and gas are really available in unlimited quantities.
but this is a separate question for the thinking and far-sighted part of humanity)
The second part of the statement contradicts reality.
By the way, one of the goals of PSH is to compensate for the variability of renewable sources.
reply

misha litovchenko July 4, 2019 10:58 p.m. PDT
A good attempt to combine PSH with wind turbines was made in the Canary Islands.
The goal was 100% generation of electricity from renewable sources
but it turned out that the wind is a very unreliable resource ...
reply

misha litovchenko July 4, 2019 11:07 p.m. PDT
we offered to use our concept and provided preliminary calculations
However, no one wants to be a pioneer))
but if we succeed in this competition, they may well be among the first buyers of our technology
reply

" Low-cost surplus off-peak electric power is typically used to run the pumps. During periods of high electrical demand, the stored water is released through turbines to produce electric power. Although the losses of the pumping process makes the plant a net consumer of energy overall, the system increases revenue by selling more electricity during periods of peak demand, when electricity prices are highest.

You can easily verify the above stated facts about state-of-the-art in PSH of today, buying and operating pico hydro PSH for your home

misha litovchenko July 8, 2019 9:52 a.m. PDT
More than half a century ago, Lev Landau said: “The product of optimism and knowledge is a constant!

It's hard for me to add something ))
reply

chin K July 8, 2019 11:22 a.m. PDT
Global innovator, that's great if you have water running down hill. But to solves this challenger's conundrum is to pump water back into the uphill reservoirs and lakes efficiently. My solution is to use either abundant free wind energy and/ or free abundant wave energy. I can solve both of these problems with my world's most powerful wind turbine mobile off shore power plant technology that can generate over 100 megawatts per unit, or with my wave technology that I am currently building to enter in the waves to water challenge.
Maybe one of these existing teams would let me join their team and let me power their pump storage entry with my wind turbine?? Its a thought?
reply

There is no abundant energy generated by coal, oil, gas fired power stations either.

Abundant energy is an old myth, known from the past century, since coal fired power generators lacked control systems to increase or descrease energy output to meet demand.

Better buy and install large grid tied battery systems, which can be easily built, installed and operated at a fraction of the cost of new PSH project.
reply

Global Innovator July 8, 2019 4:13 p.m. PDT
@chin K
this challenge exactly resembles a number of alike ones, like How to Fly to Mars,
called "How to Make Idiot Busy"

chin K July 8, 2019 4:18 p.m. PDT
You r mistaken, there's is enough wind energy each day to power the entire modern world 45 times over. But not using today's current inefficient 3 bladed wind turbines but using my infinitenergy Geo pneumatic turbine systems, as I've stated b4, 20 of my 500 ft mobile power plants can shut down and produce more electricity than America's largest coal burning power plant at lake juliet Georgia. Once I get these into manufacturing and deployed, my new wind turbine mobile power plants will disrupt the entire worlds electricity generating economy. No joke
Post Your Reply
powered by