Chunlei Guo is a Professor in The Institute of Optics at University of Rochester in the US. He is also a Professor in Physics and Materials Science at the University. His research is in the area of renewable energy, water sanitation, material functionalization, and laser-matter interactions.
He received his Ph.D. in Physics from University of Connecticut in 1999, and was later named one of the University's 40 Under 40 Outstanding Alumni. His postdoctoral training was at Los Alamos National Laboratory from 1999 to 2001, where his work was awarded the Postdoctoral Publication Prize in Experimental Sciences. He joined the faculty of University of Rochester in 2001.
His research at Rochester led to the discoveries of a range of highly functionalized materials through femtosecond laser processing, including the so-called black and colored metals, and superhydrophillic and superhydrophobic surfaces. These innovations can find a broad range of technological applications, and have been extensively featured by the media, including 4 times on the New York Times.
He is an elected Fellow of American Physical Society, Optical Society of America, and Int'l Academy of Photonics and Laser Engineering. He has authored more than 300 refereed journal articles and given close to 200 Plenary/Keynote/Invited talks and lectures, including on the TED stage. He has also played an active role in serving the scientific community. He is the Editor-in-Chief for CRC Handbook of Laser Technology and Applications, the most comprehensive handbook in the field of lasers. He is also on the editorial board for a number of reputable journals in the family of Nature and Cell publishers.
Read More Read Less
more
Team
Team 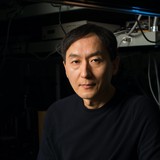 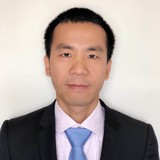 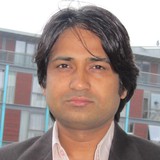