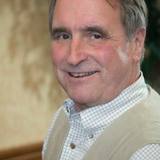 I have not received any notifications of the first stage winners. Please update me
7 Replies
reply

Tracy Livingston July 10, 2019 6:18 p.m. PDT
Seems odd they would only inform the winners, leaving the losers? left to wonder.
reply

Ideal Brain July 10, 2019 7:52 p.m. PDT
Not really, the end to end PSH construction idea proposals we submitted are very complicated and unfathomable, when someone reads them first time, as they sound as wishful thinking of a person, who claims of over-unity invention, so they still might be working on them, analyzing them. Evaluating unheard, unexpected, impossible ideas are very tricky to analyze and believe in short period of time. As an example, suppose a scientist in year 1600, says that people can record a movie, transmit it through air and watch it on TV set on the other half of planet. Would people have believed it at that time, without having a knowledge of technology? The point is, today you know, the scientist was right, but people who judged him at that time, were wrong.

For your brainstorming : We proposed a novel idea (not technology, remember this was idea submission, subsequent phases are to show designs, calculations and prove viability of idea), using which, we could build PSH or Dams in one day either on river, ground or in sea, if all components are available on the site. In fact a single person can build a dam of 3-4 meter high in a flowing river in 1 day, single handedly, with help of a hand held machine.

We initiated communication with local Govt Body, so we can get permissions from County, Environment and State department, to build a barrage / dam on river, but we're not getting any response from them, so getting permission is far, since they are too busy and haven't responded to our communication request yet since long.

Maybe they are asking more details to every potential shortlisted competitors, who have submitted some complex proposals, like ours, who haven't provided all or critical information in idea submissions.

Reducing construction time from 10 year to 1 day seems like a wishful thinking as well as unexpected proposal for everyone, so it will take more time for them to evaluate it. Taking more time is better than doing injustice, right?

Remember they promised that the wait will be worth? And that doesn't mean you or we will be the winner, but the outcome of the competition will be.
reply We're posting a global update soon, but wanted to quickly share the press release of the winners who were announced at HydroVision earlier this week: https://www.nrel.gov/news/press/2019/nrel-names-fast-prize-concept-stage-winners.html

Thank you to everyone who participated in the Concept stage of the contest! The FAST prize administration team was extremely impressed with the quality and innovation of the applications received. We invite everyone to continue to follow the prize and participate on the HeroX forums.
Modified on July 24, 2019, 10:21 a.m. PDT
reply

Ideal Brain July 24, 2019 8:38 p.m. PDT
Congratulations to All Winners.
We are excited to see how great ideas you have proposed and are looking forward to see them in future PSH projects.
reply

Stop being negative and start encouraging people in life. It doesn't mean if you can't come up with innovative approach, others won't.
Tagged:

I get response from developers of Energy Vault, resembling PSH.

But I am highly positive about fruit flies.
Tiny fruit fly can walk up and down the wall at 100 cm per minute speed or much faster, moving her mass up and down, exactly as
expected Energy Vault to work.

Having 1B trained fruit flies, walking up the wall, fruit fly PSH can be built -
highly efficient and powered by fruit juice, sugar and some water only.

Nothing compares to fruit flies.

Fruit fly doesn't look to be tired or exhausted at all, doing such job.

Micro Energy Vault powered by fruit flies or other insects, has great potential.