A Vaccine for Cancer?

The fight against cancer has benefited in recent years from research that seeks to create new and advanced treatment options. Of these, immunotherapy and personalized medicine have stood out as the most promising of options. Whereas the former harnesses the body's own immune system to fight cancer, the latter focuses on personalized treatments tailored to the individual patient's genome and type of cancer.

Combining these two approaches, researchers from the Netherlands Cancer Institute and Washington University's School of Medicine have come together to develop a potentially game-changing treatment: a vaccine developed from a single cancer patient that triggers an immunoresponse that specifically targets cancerous tumors.

While still in the proof-of-concept stage, the researchers have already conducted their first clinical trial on three patients who were diagnosed with melanoma. The results of their research were published in the April 2nd issue of the journal Science, which indicated how in each case, the vaccine successfully activated the patient's immunoresponse. This is exciting news in the fight against cancer for multiple reasons.

For starters, the reason that treating cancer is so challenging is because every tumor is unique. In each and every case, broken genes specific to the patient's own genetic make-up cause the tumor cells to grow out of control. What's more, these broken genes are able to spread to other parts of the body, triggering uncontrolled cell growth in other areas, making it very difficult to treat. 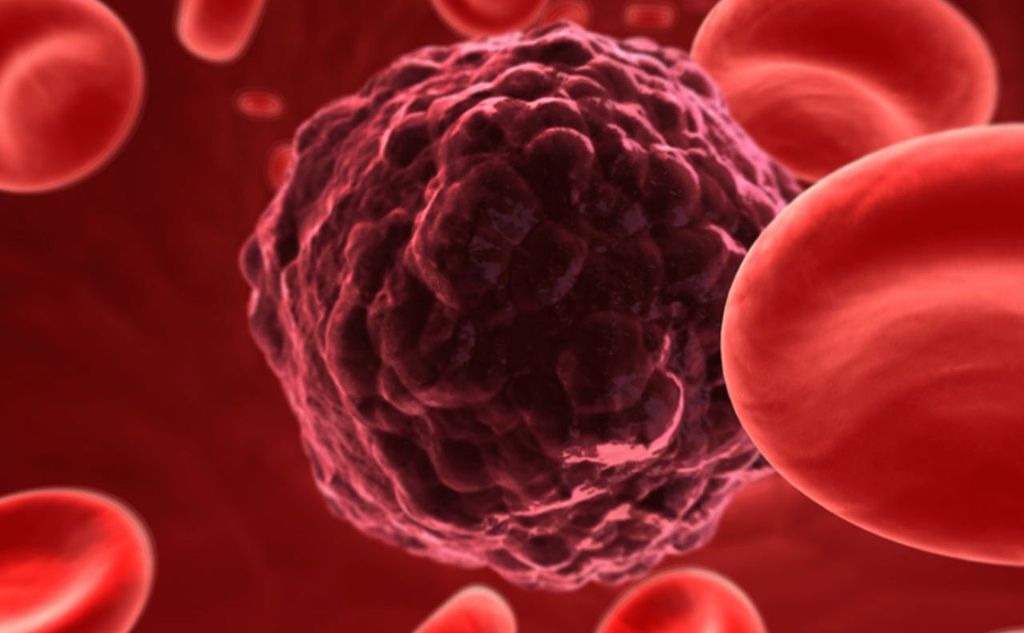 The research team used a set of tumor's own neoantigens - antigens that are specific to tumors - to fashion their vaccine. Credit: pnas.org

For the sake of their vaccine, the research team used this to their advantage. As they explain in a research review, which was published alongside their study in Science on April 3rd, "neoantigen load may form a biomarker in cancer immunotherapy and provide an incentive for the development of novel therapeutic approaches that selectively enhance T cell reactivity against this class of antigens."

This began with them examining a series of tumors that had been removed from patients to determine their unique genetic make-up. They then identified the neoantigens on the surface of each that trigger the body's immunoresponse - antigens that are specific to tumors. Using these are their targets, they then began developing vaccines for each patient that would trigger their immune systems to attack those specific cells.

Since the vaccines were developed to target only the neoantigens specific to tumors, there is less of a chance that they will attack healthy cells in the patient, and thus cause harmful side-effects. While their work is still in the clinical trials stage, scientists and medical researchers are excited by this development, hoping that it might be used on patients who do not respond to conventional treatments.

And though their process was used to treat melanoma, the research team hopes to test it on other forms of cancer, specifically those associated with carcinogens (such as bladder, lung and colorectal cancers). While several "cancer vaccines" exist on the market today, they are typically designed to treat viruses that are known to cause cancer - such as hepititis and HPV. A vaccine that is designed from individual patients cancers to treat their cancers would truly be a medical first, and a major step on the long road to winning the fight against this terrible disease.

Want to help make a difference in the field of medicine? Then check out the Clinical Trial Innovation Prize, an incentive-based competition designed to identify ways to get more patients to participate in cancer clinical trials.

New Partnership Boosts Crowd-Powered Fact Checking Challenge
join 82678 innovators
Get exclusive access to the latest crowdsourcing insights, inspiration and challenges from HeroX
Non-Profit & Social Impact
lululemon announces the Healthier Community Challenge on HeroX
What if you could experience an environment that improved your well-being just by spending time in it? What would this look like to you? lululemon is…
1 min read
HeroX Tips: Your Crowdsourcing Timeline
Why is the challenge timeline important in crowdsourcing, when is it best to launch a challenge, what are the milestones that determine how long the project should run. All that and more tips and tricks that will help you launch a great crowdsourcing project or challenge, read inside.
1 min read
Government
Crowdsourcing for Smart Cities
Innovation challenges are finding their place in healthcare, data science, renewable energy and more! You’ve likely heard of smart homes and other ‘s…
1 min read
newsletter
Get exclusive access to the latest crowdsourcing insights, inspiration and challenges from HeroX
Do you have an idea for an article or story?
Contact Us
HeroX was a fantastic partner, providing not only a user-friendly online platform but also outstanding expertise and guidance in designing and executing our inaugural Echovation Challenge.