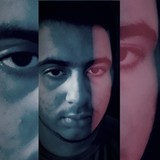 I am from another country, in the case of Brazil, can I participate in the competition without problems that could result in a possible disqualification of my submission to the proposed challenge?
reply
5 Replies

Ross
I’m afraid Brazil isn’t one of the Designated Countries as defined by the US Government. If you are an individual submitter then I believe you’d have to find a team captain that is from a designated country. Yes, I know it feels unfair, I know how that feels, but it’s the US government.

I suggest you take my words with a grain of salt, and wait for Shane’s response. We’ve had similar conversations about this topic and I just hope there’d be something new when he replies to you.
reply

Shane Jenkins HeroX team
​ {{mention:212234}} ​
Hi there. To be eligible for this challenge it is necessary that the team captain of an entry be submitting from a FAR designated country (See definition here: https://www.acquisition.gov/far/part-25#FAR_25_003 )


As Ross suggested, I encourage you to look for a team mate that can help you to develop your submission and serve as an eligible team captain.
reply

Ross
​ {{mention:230442}} ​
Agreed but NASA follows the ITAR and FAR (Federal Acquisition Regulation) for Foreign Acquisitions and the only way to change the rules is if the countries not included in the list of FTA countries sign an agreement with the United States government.

But I do have a question I've been meaning to ask ​ {{mention:218863}} ​ . What about Youseff Ghali? He was the Winner of the Venus Clockwork Rover Challenge and he is from Egypt. Egypt is not a part of the FTA nor is it a Designated Country. ​ {{mention:135193}} ​ was there and he oversaw the challenge as NTL's Deputy Manager. I believe the FAR has already been established in 2018, why has this rule only been put into action recently?

If NASA truly wants to utilize the power of the crowd then these restrictions shouldn't even be in place. If geniuses can come from anywhere, then why not give them a chance to prove themselves even if they're in a place that has little to no trade agreements? Bright ideas come from all around the world and restricting access to submitters who work on their own defeats the purpose of a crowdsourcing platform. I truly believe improvements can be made for the sake of the minority who are more than willing to help NASA make a better future for everyone. The world is only but one collection of minds working towards the same goal. For the common good...
reply

WNT_817
​ {{mention:239106}} ​
true, even if you are a genius, or has a working device, or even if your company has been travelling to Mars, if you are not from a Designated country, you can not participate to this challenge .....