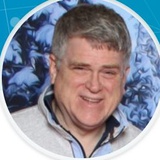 How many months does it take GFC2 to count yellow vests?

This question should be voided just on the issue of having no language to define what is the reference source. If the reference source is "the reliable news media", well, whatever the RNM was going to do to count vests, they have either done so or they've moved on. That would be another reason to void the question.
Modified on Sept. 1, 2019, 7:09 a.m. PDT
Post Your Reply
We were able to work with HeroX to draft challenge guidelines, promote the challenge to a targeted audience of interested parties, and ultimately draw a crowd of innovators from across the globe to submit proposals to address our challenge. We were quite satisfied with the number and diversity of both individuals and proposals that the challenge drew.