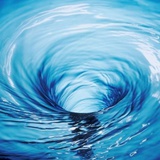 Types of costs included in the $1/Kg goal

Please detail the types of costs to be included within the targeted goal.  Please be as specific as possible for both direct and indirect costs for this challenge.
reply
3 Replies

Jafar Makrani
Mainly in producing hydrogen the CAPEX (Capital Expenses) costs are fixed and a one time upfront cost. But, the overall cost of hydrogen depends on OPEX (Operating Expenses) which are variables which finally determine the overall cost.


The OPEX for hydrogen can be included as;
1. Cost of Production; that further includes (Cost of electricity or any input method)
2. Terminal storage costing (hydrogen-producing facility)
3. Logistic's costing (it's different for Gaseous and Liquid delivery)
4. Other costs include; liquefaction of hydrogen (if H2 is liquid), maintenance of components, storage costs (hydrogen compression for gaseous delivery) and any added costs.


In my opinion, the $1/kg can be achieved for production only not overall. For this challenge, the $1/kg goal should include the cost of the device (electrolyzer, and so on), and the cost of electricity (or any input method). These two are the main factor that'd determine the production cost.
reply Timothy McGibbon
To get hydrogen to down to $1 /kg would require all the equipment to have connection standards so they become pluggable to each other, this would reduce the construction time and its labor cost.  The mass production of pluggable equipment will reduce the total cost of ownership of the hydrogen production, storage, and distribution costs.  Today each unit is priced at near the one million dollars mark if you can get a quote from the companies and they all want the unit to be made to order, which just add big dollars to the cost.  The hydrogen manufacture industry need to take a page from the computer industry play book of 1990's go plug an play with standard interfaces and make your equipment to be scale up with mouldability, so you can mass produce.  Making ten made to order units has big production costs.  Mass production of hundreds of thousands the design cost is not the big dollar cost and the sale price will not million dollars each any more.
The need of many green hydrogen production in a state will help to reduce the cost.  And only mouldability and mass production will get us there by 2030, only 7 years away.  Its getting late in the game to start standard interfaces if the player are only looking at make to order is their game plan.  And let the end user figure out how to connect them and get it to work.  I just got an email from a manufacturer and not the only answer like it, so without names or the equipment it was like this.  We only make the unit you will have to contact a third party  for the input and output connections and for those units, and you will need to sign a NDA to get the quote.  Why a NDA for a quote one for a design is okay but a quote!  Is how much they sell it a trade secret?
reply
Post Your Reply